“Pulitzer Prize-winning American composer John Luther Adams is the master of large-scale musical spectacle. In the Name of the Earth is a musical meditation on nature, which will immerse the audience in the sound of more than 600 singers.” [BBC Proms website] 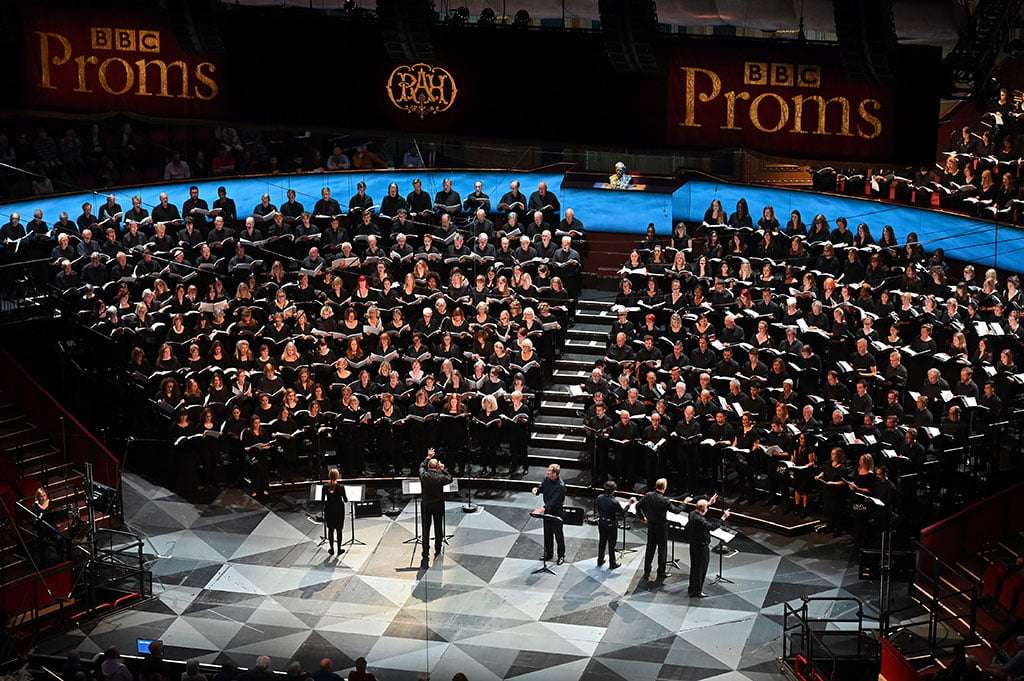 Move over Stockhausen! Easily overshadowing Gruppen’s three orchestras at different locations, this morning Prom brought together eight London choirs, spacing them in four groups about the Royal Albert Hall at various levels before merging six of them in a flow of humanity on the stage. There was a single work, one-billion, seven-hundred-thousand years in the making: John Luther Adams’s In the Name of the Earth.

Conceived for Central Park as part of last year’s Mostly Mozart festival in New York, though because of rain relocated to the Cathedral of St John the Divine, In the Name of the Earth celebrates the continent of North America by the intoning of the names – in various languages including English and Spanish as well as indigenous ones – of mountains, rivers, geographical features and – at the end – a roll-back of specific geological sediments, from Kaibab Limestone to Ancient Mountains and the sombre repetition of oceans. 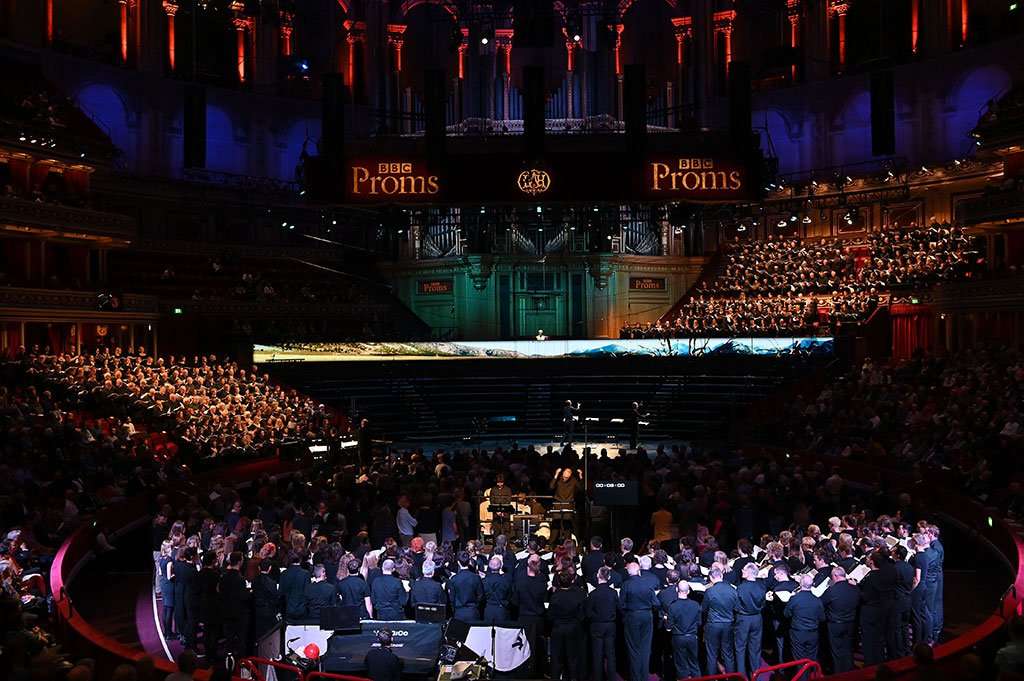 Each chorus member was not just a singer but also a percussionist. From their BBC Proms shoulder bags they revealed a rattler (home-made, from any receptacle – yoghurt pot, jam jar, coffee cup, filled with beads or some such), a mortar and pestle to scrape and a small bell. From a subterranean low hum with a wind-like hissing (accompanied with a rising and lowering of scores to create a slow wave effect), the various words and sounds intermingled in a 360-degree wash, with the easiest way to follow being the specific names shouted rather than sung of groups of four or five features, ending in West’s litany of receding geological strata.

For half-an-hour the overlapping musical structure hardly changes, but then, with South and East suddenly ringing their bells there is a seismic move as the singers vacate their allotted spaces and slowly move onto the previously empty platform. Only West – in the Gallery – did not coalesce onto the stage, but its collective voice had the most extended shouts of geological periods as the others moved.

At the end (as briefly rehearsed by Halsey before the concert started) the audience was invited to sing the refrain Arctic Ocean four times, while the choirs intoned the other two North American oceans – Atlantic and Pacific. At a slow tempo there was a natural sense of breathing in the repeated mantra, ending an intriguing hypnotic forty-five-minute musical eulogy to the natural world which we take for granted so much that we seemingly can’t help destroying it.

It was a Prom to make you think about wider issues.