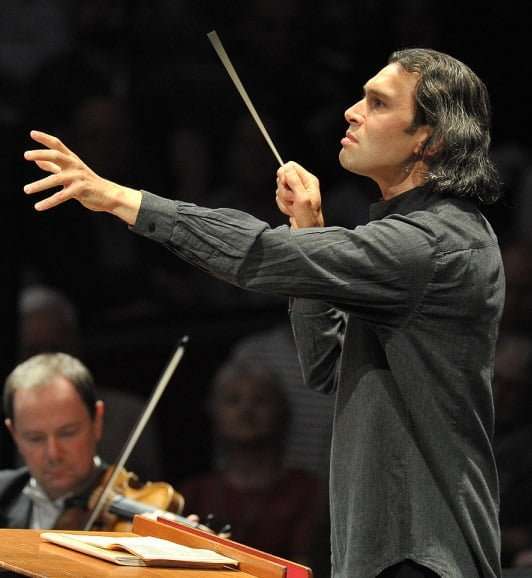 With so many newspaper and television images revealing the plight of Syrian refugees seeking a better life, this Prom, linking themes of war, tyranny and freedom, could not have been more apposite. The choice of Beethoven, Schoenberg and Shostakovich was a thoughtfully conceived trio, designed to show their individual responses to political upheaval.

Beethoven’s fourth and final Overture to Fidelio began proceedings in an efficient account from the London Philharmonic and its Principal Conductor Vladimir Jurowski. While not a roof–raising performance there was sufficient tension to remind us that Beethoven had lived through the Siege of Vienna when French troops had occupied the city. Horns and woodwinds dispatched their contributions neatly and tightly focused strings added to the sense of grim intensity.

If Fidelio represents the composer’s belief in freedom from tyranny, then Schoenberg’s 1942 Piano Concerto (according to his own narrative of the work) is a personal response to the previous decade when he was forced to flee Nazi Germany. In this seldom-performed 20-minute work Mitsuko Uchida was the eloquent soloist. She has a long association with it, having recorded it with Pierre Boulez and the Cleveland Orchestra and she performed it at the Proms twenty-five years ago, conducted by Christoph von Dohnányi. 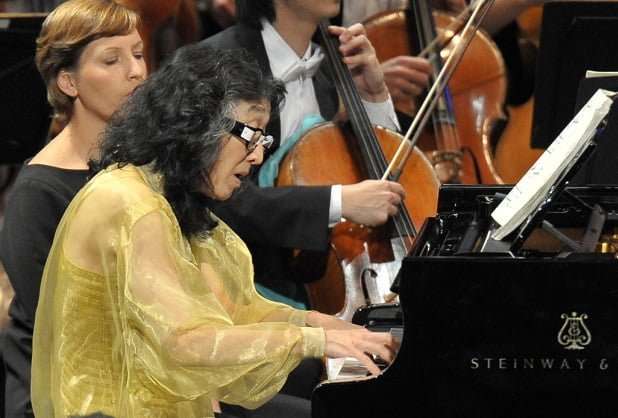 It is a craggy work, and for some difficult to love, but in the partnership between her and Jurowski there was little doubt that they were thoroughly absorbed in all its complexities and gave a meticulously prepared and persuasive performance. Dissonant this four-movement, playing continuously, work may be (there are also many wonderfully lyrical passages), there was nothing jarring about her playing – always poised and with due consideration to weight of tone. While, on occasion, this might have benefited from more power, she beautifully illuminated the work’s classical mannerisms such as the lilting phrases that inhabit the opening bars. Always alert to the thickets of notes in the solo part, the LPO was unfailingly sensitive to balance in its busy support. Jurowski negotiated this demanding score with the minimum of fuss bringing to its short, fragmentary textures a cohesion that confirmed this work’s position in the repertoire.

As an encore Uchida threw in a brief (one-minute) morsel, the second number from Schoenberg’s Sechs kleine Klavierstücke (Opus 19), delicate and spare, and given bemused appreciation by a full house. 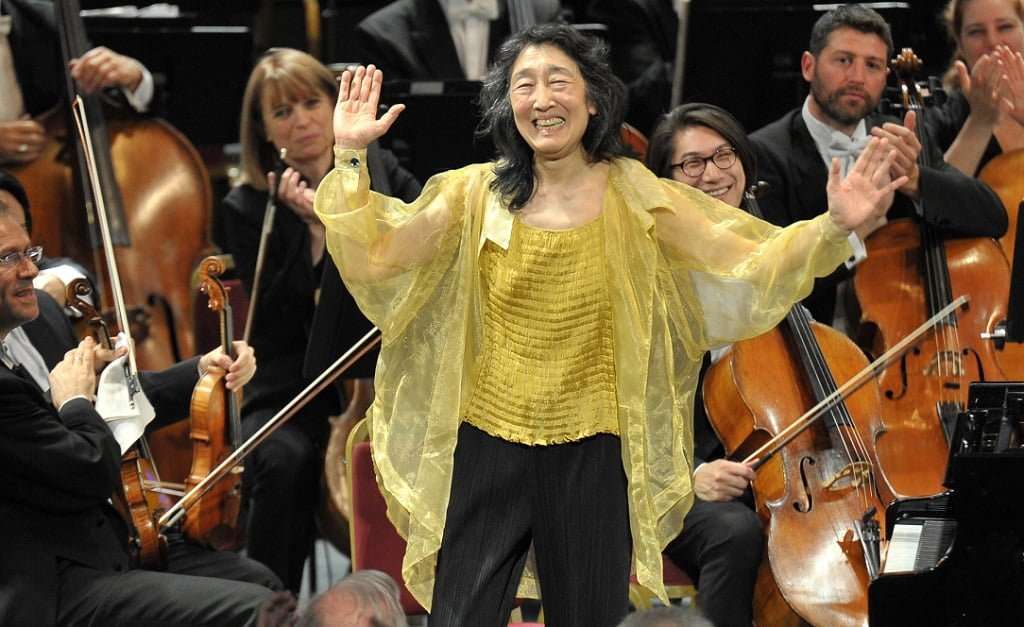 And so to Shostakovich’s Symphony No.8 (premiered in 1943 conducted by Mravinsky with the Siege of Leningrad a continuing memory) and here given a searing account (the LPO sporting ten double basses) that paradoxically seemed to emphasise both the work’s brooding intensity and its vivid instrumental colours. Both Schoenberg and Shostakovich apply such colour in precisely crafted ways and while Schoenberg may be more kaleidoscopic in its use, Shostakovich gives more consideration to its emotional charge, creating instrumental groupings with potent effect. Jurowski took full advantage of this and the LPO responded superbly to its collective and individual tasks – with many excellent solos. Of these cor anglais (Sue Böhling) and tremolo strings in the opening movement were mesmerising in their controlled stillness and the solo trumpet in the final bars was equally impressive. In the second, brass and percussion took much of the limelight, but were supported by some fabulous string articulation. Precision and discipline were amplified in the frenetic central Allegro where the LPO’s ensemble was second to none and with the timpani ostinato near the end Jurowski achieved a breathtaking cumulative energy.

All the more remarkable was the quiet intensity of the Largo where horn and muted strings were utterly compelling. From this strange eeriness emerged the wintry sun of the concluding Allegretto – and the hard-won transformation to C major. Again, instrumental colouring was brilliantly effective and left a lasting impression. In short, the LPO and Jurowski were in terrific form, and perhaps we shall hear them more than just once at future Proms. Surely they’ve just earned that.