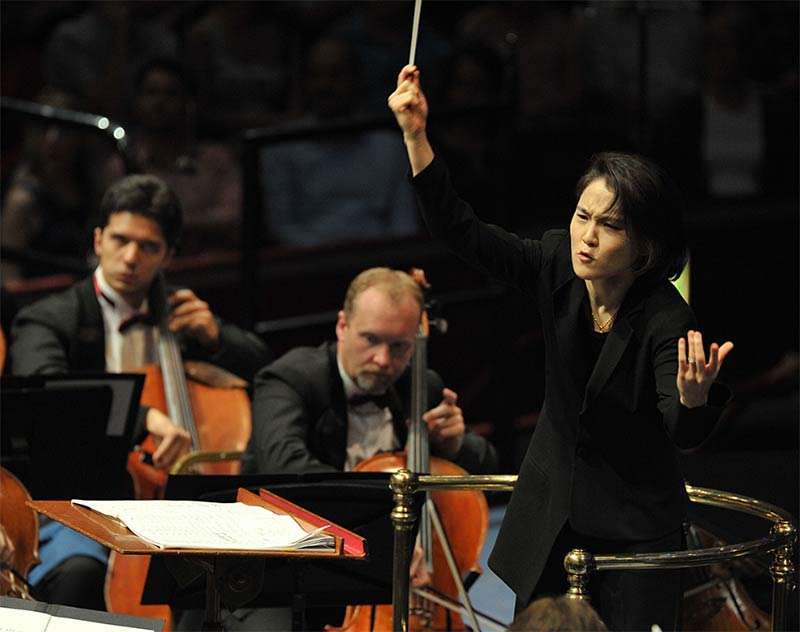 The Qatar Philharmonic was formed in 2007, funded by the Qatar Foundation, and is currently in its first season under the South Korean cellist/conductor Han-Na Chang as music director. In such a short time she has done a remarkable job, and must have had a very clear idea of the sort of orchestra she wanted, considering that many of the predominantly young players look as though they have only recently come out of their conservatoires, and the list of instrumentalists boasts as many nationalities as, say, a FIFA World Cup tournament.

Their Proms debut, a matinee, opened with ‘The Sunrise’, the last piece of the Persian Trilogy, Seemorgh, by the Iranian/American composer Behzad Ranjbaran. Seemorgh was a fabulous bird of ancient Persian myth, and the music comes suitably saturated in primary-colour orchestration, brilliantly laid out by Ranjbaran, who builds his tone-poem to a colossal, visionary climax. The ear inevitably referenced the Russian colourists – as in The Firebird, Scheherazade, et al – with dips into Holst at his most Vedic and Bernstein at his most Broadway. There was a hint of Arabic chant at work to remind us of the score’s Persian provenance, and the end result was a ferociously rhythmic orgy of sound, delivered with a will by the QPO players. 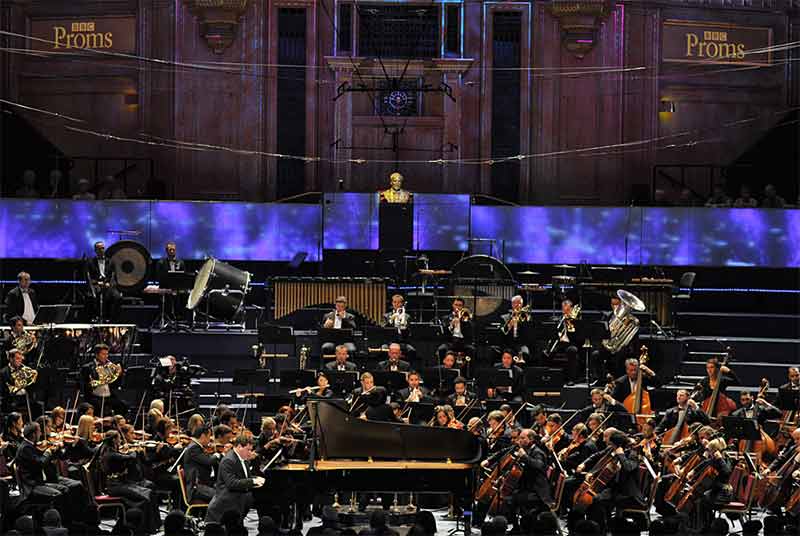 The Siberian pianist Denis Matsuev, currently known as much for his Putin sympathies as for his barnstorming virtuosity, was the soloist in Rachmaninov’s Second Piano Concerto, and there were many moments when you could imagine Putin as soloist, probably shirtless, wrestling the piano into submission, such was the testosterone level of Matsuev’s playing. This was a brutal encounter with a work that sits uneasily in the warhorse category – and given some of the speeds of the two outer movements, it was also briefer than usual. But the opening chords, in which Matsuev preferred his own lugubrious largo to the composer’s moderato, gave a clue to the broad-brush emotionalism that does this familiar pieces few favours. Engagement with the orchestra was perfunctory at best, with some willful tugs at ensemble – a shame, because there were some impressive details and a feel for Rachmaninov’s heroic melancholy toiling away in the orchestra out of the limelight, considerations that were not at the top of Matsuev’s agenda. The slow movement gave a nod or two to the notion of concerto give-and-take, with the flute and clarinet duet properly haunting and romantic. But the abiding memory is of a hard-driven, pumped-up soloist on the rampage, an impression of blatant Russian supremacy confirmed by Matsuev’s caricature-macho encore, Rachmaninov’s G minor Prelude (Opus 23/5), which I imagine is still in intensive care after such a thrashing.

Happily, things came together for a fine performance of Tchaikovsky’s Fifth. The rapport between conductor and orchestra was palpable, and, apart from looseness in the slow introduction, ensemble was tight, impressively so in the very fast finale. Chang had a firm grasp on the Symphony’s trajectory from doubt to life-affirming optimism in an unashamedly heart-on-sleeve performance that irradiated all four movements. The strings’ sound was radiant without sounding upholstered, and their retreats into their accompanying role engineered with great finesse. The Andante cantabile’s horn solo was ravishingly played by Peter Davida, a passage enhanced even more by the clarinet’s subtle contribution – and this was only one example of some exceptional wind- and brass-playing. With her intensely dynamic conducting style, Chang was faithful to the emotional panache of the score, summed up in the thrilling conclusion, and capped by the most visceral timpani-playing I’ve experienced in a while.