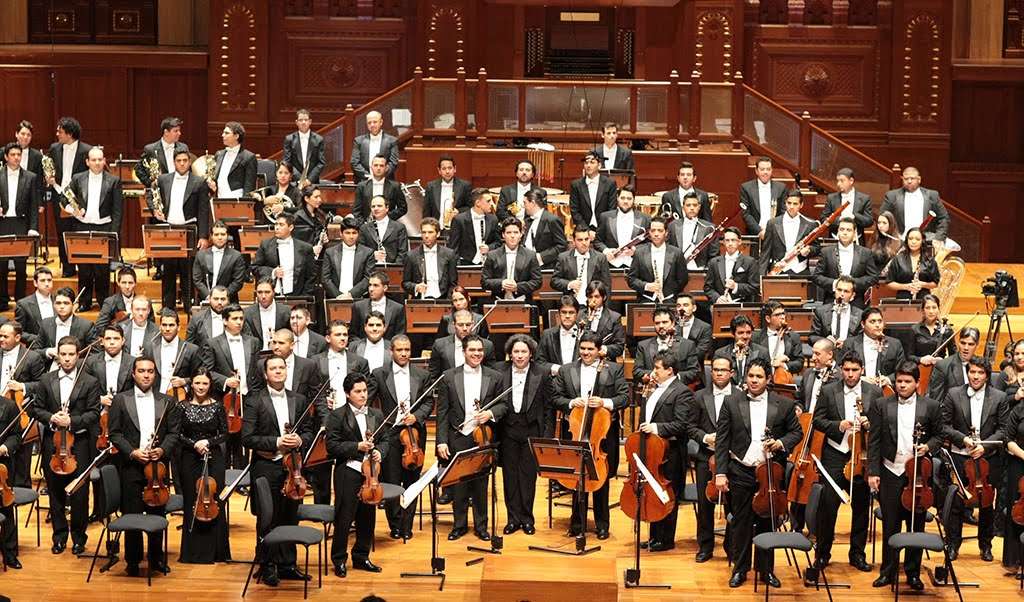 Who’ll forget that hot August night back in 2007 when the Simón Bolívar Youth Orchestra stormed into London? A history-defining debut of breathtaking brilliance, thirst for music, and show-stopping chemistry. No longer a youth outfit but with a healthy ‘new blood’ philosophy, fielding as large a force as ever (166 maximum strength, including 83 strings) albeit seemingly with fewer women in the ranks, it hasn’t been back to the Proms since Mahler’s ‘Resurrection’ Symphony in 2011.

From Gustavo Dudamel one has come to expect exciting things. He has a great rapport and camaraderie with this super-charged orchestra that gives him a dream-palette of colours, sonorities and dança inflections. For ensemble, attack and rhythmic finesse, this mid-afternoon concert could scarcely be faulted. The discipline was phenomenal (the brass and percussion, precision all the way, couldn’t have thrilled more). The strings (especially second violins, to the right of Dudamel) were of a suave seductiveness to exceed the best European traditions.

Yet, somehow, something was missing. Dudamel, economic in body language, only fleetingly animated in La valse, appeared lacklustre, cheerful with his players yet going through the motions without much apparent appetite. What he offered us, with all the clarity, discipline and bright lights of a studio production, was a professional gig rather than any personally-committed crusade. Sometimes one can be just too perfect, too calculating. He did what he had to do but the voltage was never set to electrify or overwhelm. 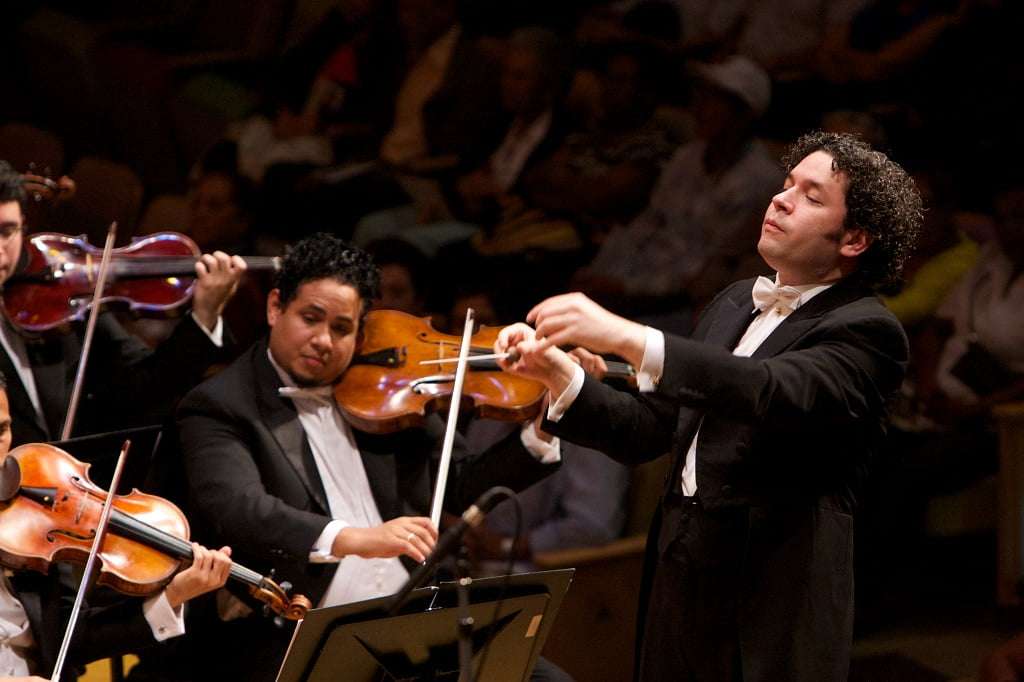 The first half played to the SBSO’s Latin strengths, the second tested its virtuosity in seasoned French repertory. Commissioned by Dudamel in memory of the “bucolic” Venezuelan singer-songwriter Simón Díaz, Paul Desenne’s Hipnosis mariposa (2014) is described by its composer as an “orchestral reverie” and a “symphonic tableau”. Relatively gentle and expressively crafted, it’s based on one of Díaz’s popular songs, ‘El becerrito’. Its mosaic style of quotation, interjection and mutation is nothing new, but it works well, the short span neither understating nor outstaying the diatonic material. Ebulliently present at this performance, Desenne was a founding member of the Simón Bolivar Youth Orchestra. He studied cello and composition at the Paris Conservatoire, and has developed an eclectic musical language embracing anything and everything from the Renaissance to Frank Zappa and the “urban Venezuelan avant-garde”, combining intellectual curiosity and rigour with a belief that the listening experience should be about fun, passion and dance.

Heitor Villa-Lobos (1887-1959) gets less progammed these days than he deserves. He had a mission – to put the sounds, rhythms and psyche of Brazil on the musical map. And an impregnable faith that Bach’s music came from the “astral infinite to infiltrate itself in the earth as folk music.” Premiered by Mitropoulos in Venice in 1934, Bachianas brasileiras No.2 is as intriguing and intoxicating as anything as Villa-Lobos wrote – a panoply of aphoristic impressions and moods, crossing the deep and the delightful. Maybe (taking a cue from Kenneth Schermerhorn’s persuasively muscular recording) Dudamel could have done more to generate vibrancy and vitality – one sensed a journey predominantly through occluding dusts, rainy sunsets and strange night-lands – but his full-voiced principals (cello, saxophone, trombone) and the corporate line and bite of the strings generally lent distinction to the proceedings. The second movement’s marcia benefitted from a particularly incisive piano obbligato from Vilma Sánchez, while the closing ‘Little Train of the Caipira’ creaked and chugged along with every determination but no pretension.

Of the two Ravel offerings, Daphnis and Chloe succeeded best – a plush, glowingly filmic realisation, expansive in its deep-sprung Panavision climaxes. The dynamic range was courageous, the murmuring ‘Sunrise’ taking concert quietness to an extreme. La valse found Dudamel glimpsing the edgier side of post-1918 Vienna. He seemed to want to convey as much a conception-to-consummation scenario as the “death and destruction” drama suggested in Roger Nichols’s programme-note. Sonically, the reading was on the hard side, occasionally a little ordinary (the dividing line between the miraculous and the mundane has always been a fine one), and the solos more self-effacing than characterful. Rewarding but unexpected, at Figures 36-39, was the Beethoven-Ninth Scherzo allusion, emphasised with a Bernstein-like accent (if not quite his voluptuous abandon).

The single encore – Pedro Elías Gutiérrez’s Alma Llanera, Venezuela’s unofficial second national anthem, from a zarzuela written in 1914 – was polite. Mirroring the tenor of the day’s music-making, it ought to have caught alight, complete with front of stage maracas, yet didn’t. Dudamel’s account at the Paris Philharmonie last year was of another class, his costumed extravaganza at the 2007 Proms in another league.