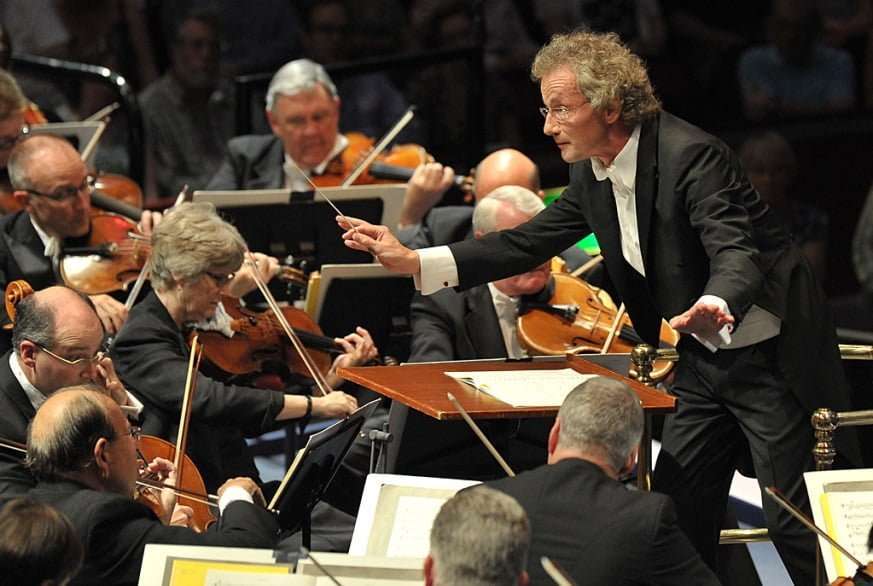 One of America’s major ensembles, the Cleveland Orchestra is making two visits to the 2014 Proms with its Music Director, Franz Welser-Möst. This also happens to come just after the conductor’s sudden resignation last Friday as General Music Director of the Vienna State Opera owing to professional differences, but there was no sign of any agitation or distraction in his conducting of this concert.

Poise and control were evident from the beginning in Brahms’s Academic Festival Overture, initially sounding as though from a hazy distance, even to the extent at first that the brass-players seemed a little unsure of themselves. But this opened out into a well-mannered and amiable performance, with an emphatic statement of the ‘Gaudeamus igitur’ coming through towards the end. In view of the parallel programming of the Cleveland’s second Prom, it was interesting about this less-obvious pairing, this Overture with the First Symphony, rather than the Tragic, which will preface the sunny Second instead.

Jörg Widmann was resident composer with the Cleveland Orchestra between 2009 and 2011, when he was commissioned to compose Flûte en suite. Such a work with solo flute puts one in mind of J. S. Bach’s B minor Suite. The final ‘Badinerie’ in the listing rather suggested that too, and lo and behold, this movement was revealed to be a wittily contorted reworking of Bach’s famous example. 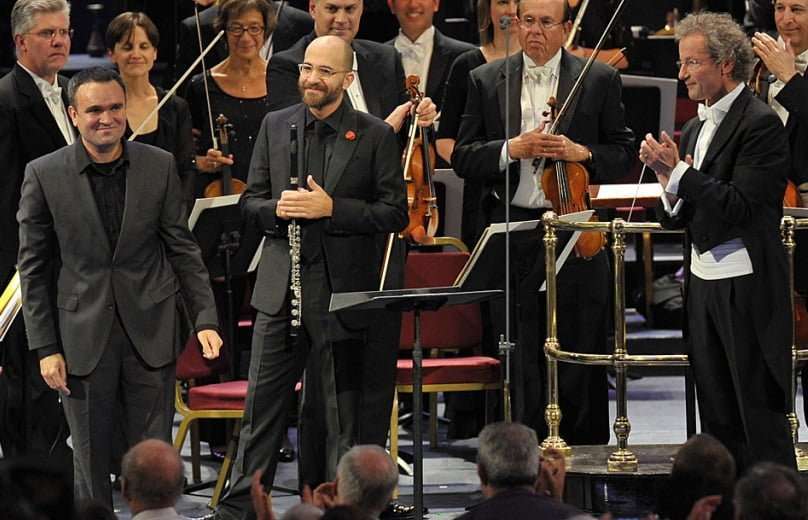 In most other respects, however, the seven other movements are not especially redolent of a suite of dances. The exploitation of different orchestral sonorities suggested Schoenberg’s Five Orchestral Pieces (Opus 16), the patches of sound from the brass in ‘Choral I’ perhaps harking back to the pointilliste effect of ‘Farben’ in Schoenberg’s set. Joshua Smith (principal flute) and the orchestra conjured some evocative sounds – from the Syrinx-like mellow opening of the ‘Allemande’, and the airy, ascending phrases of the ‘Sarabande’ as though being wafted aloft on a current of warm air, to the more violent, incisive sonorities of the pizzicato strings and harpsichord in the ‘Courante’, and the monumental brass chords of ‘Choral II’. The greater impression was a sequence of arabesques defined by the virtuosic array of timbres Smith coaxed from his instrument.

The fairly relaxed opening to Brahms’s First Symphony gave the signal for a performance marked by classical elegance and lyricism, rather than drama or volatility. Its execution was immaculate throughout, and revealed a wealth of detail, as well as commanding a natural flow in the second movement and a sense of freshness and the outdoors in the third.

However, it often also came across as being safe and cautious, and so not reaching ecstatic heights or dramatic depths. More emotion could also have been wrought from the slow movement, despite William Preucil’s tender violin solo. In the last resort, it is testament to Brahms’s genius that his work can withstand, or perhaps even demand, a wide variety of approaches, from Romantic ardour to Classical circumspection, and the Clevelanders are by no means wrong to play up the latter.

They demonstrated more passion and effervescence in the ‘Csárdás’ from Johann Strauss II’s opera Ritter Pasman as an enjoyable extra.