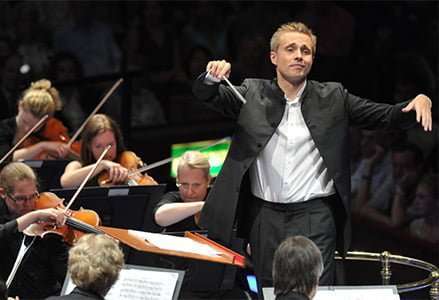 Vasily Petrenko has just added the conductorship of the Oslo Philharmonic to his credits (he continues to roll along as Chief Conductor of the Royal Liverpool PO and he is also Principal Conductor of the National Youth Orchestra of Great Britain).

This sneak preview of musical news from Norway suggests a relationship yet to settle. From the off the Tchaikovsky, lacking fantasy and atmosphere, was a little hasty, the first movement (‘Dreams of a Winter Journey’) pushed along with some impatience and nailed in that direction by aggressive trumpets. The viola section stood out though; a wonderful sound and real togetherness. ‘Land of Desolation, Land of Mists’ also lacked poise and needed more space to distil its magic; just a little tense, although dynamics and balance were well judged. At least the scherzo had a certain delicacy before ultimate contrast arrived with the doleful opening of the finale and then the gradual coming of light; yet there were further suggestions that more work had been needed in rehearsal and this rather disconnected performance (clapping between movements underlining such a feeling) was ultimately shunted into the sidings with an accelerando during the coda that was no more than an unseemly rush and also suggesting a lack of confidence in the music. 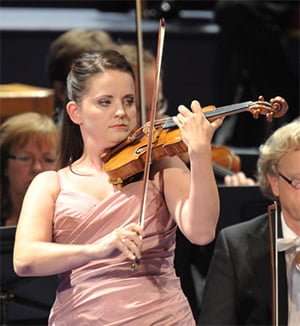 There was unevenness too in Rachmaninov’s Symphonic Dances (1940), written for Eugene Ormandy and the Philadelphia Orchestra who made an untouchable recording in 1960. Under Petrenko the first movement was too fast, and not just because the marking is Non allegro, attacks lacked bite (if not from the bass drum) and the saxophone-led central section was rather cool. Petrenko’s handling of the second movement was intriguing, a danse macabre flexibly paced, a ‘haunted ballroom’ of a slow waltz; but, some ear-catching hushed playing aside, it also seemed that Petrenko was vacillating as to just what his view of this music is. Even with the finale as fleet, sure-footed and vividly detailed as it was, the last degree of impassioned fire was missing, that sense of riding to the abyss and with no return journey possible, Petrenko’s conducting just a little precipitate. What to do with the textural conundrum that is the final gong stroke – cut it off fiercely (Ormandy) or let it ring on (Petrenko)? – is made redundant if impatient hands make too-early applause.

However, what happened between these two works was exceptional, a totally compelling outing for Szymanowski’s Violin Concerto No.1 (1916). Petrenko and his new orchestra really ‘clicked’ to beguilingly reveal the music’s perfume, wit and dreamy romance, the kaleidoscopic orchestration made lucid and meaningful. This is quixotic music, languorous and impulsive, that rises in temperature to be exotic, erotic even. Baiba Skride was sensational, totally inside the solo part, technically, musically and temperamentally. It was a fabulous showing from her, outgoing yet retaining the score’s enigmas, and there was a real bond between all the performers that gave the music a transcendental quality.

Skride didn’t offer an encore (which anyway may have detracted from something amazing), but following the Rachmaninov the Oslo Philharmonic did find an extra, a little something from home, one of Geirr Tveitt’s Hardanger Tunes (there are A Hundred of these in his collection); played with rapt sensitivity, this slow and mysterious choice ravished and fascinated and seemed lonely and lamenting as if a sad story was emerging from a Norwegian Wood.