“American cellist Yo-Yo Ma has been a regular Proms soloist for almost 40 years, and now tackles perhaps his boldest performance to date. He performs the complete Bach solo cello suites – over two hours of music – in a single concert: a feat as challenging intellectually as it is physically. Though neglected until the 20th century, the suites represent some of Bach’s greatest musical achievements – music at its purest and most profound. Ma’s relationship with them extends back over many decades and multiple recordings, generating expressive performances distinguished by their depth of emotion.” [BBC Proms website] 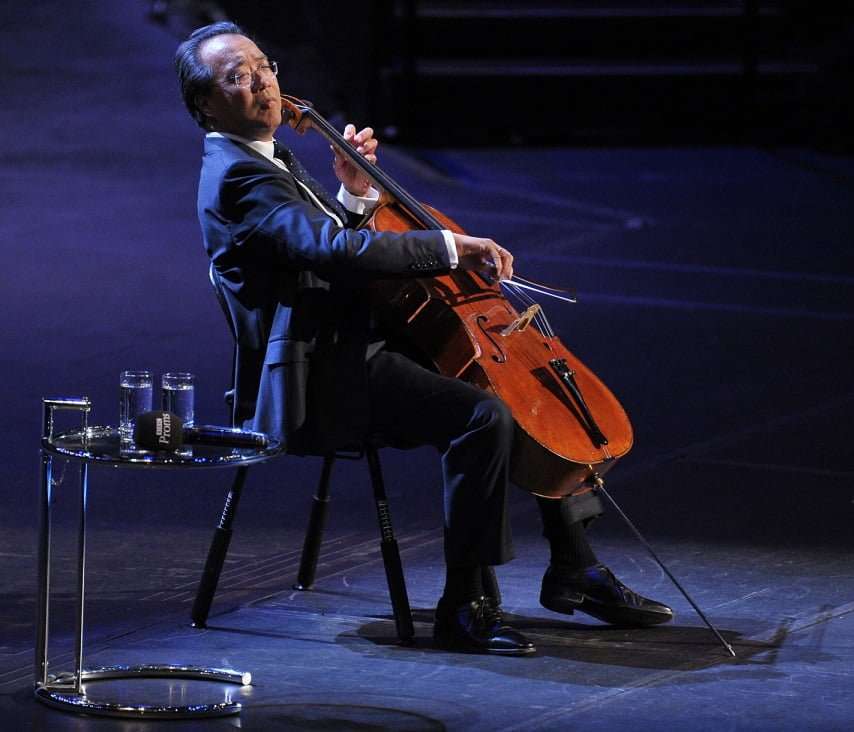 Like the complete cycle of Prokofiev’s Piano Concertos in one Prom earlier in the season, it seemed an eccentric or even dubious idea to present all six of Bach’s Cello Suites in one go. Packaged up and commodified for the completist’s wholesome consumption (if nearly indigestible) the notion might have seemed redolent of a product of Theodor Adorno’s ever more real “Culture Industry” rather than a thoughtful offering of artistic integrity borne of the desire to stimulate reflection upon living works of art.

Fortunately that was to reckon without the lifetime of experience which Yo-Yo Ma brought to bear upon these compositions, enabling him to execute them here with consistent and assured poise as a unified cycle (entirely from memory!). Ma defined a distinct emotional and spiritual world within each Suite, although they evidently also stemmed collectively from an essentially uniform stylistic approach, comprising a calm, collected manner in which the rhythm and characteristics of each dance-form were sublimated (though not effaced) into a more rarefied and serene vision.

Each Suite therefore became a variation on an unstated theme (that of dance and movement itself) and their contrasts were subtly, but unmistakably, emphasised as a result. An individual listener may have his or her own subjective expectations or preferences as to how any particular Suite should sound; under other circumstances I incline towards a more extrovert interpretation of No.3 and a more majestic one of the Fourth. But such views were irrelevant to the compelling sweep of Ma’s interpretation of this collection – from one movement to the next, and from one Suite to its successor – achieved by the steady (rather than strained) focus and cumulative intensity he sustained across the series. 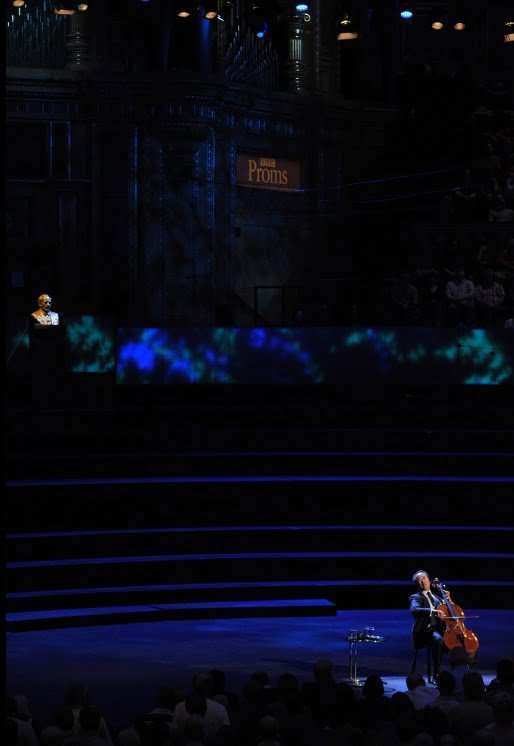 That vision transfixed the capacity audience in the Royal Albert Hall for two and half hours without an interval – itself an extraordinary feat. It would take too long to describe the effect of each of the 36 movements and it does better justice to Ma’s performance to observe that each Suite was uttered as if in one breath, with sections often shaded into each other and following on almost immediately. To take one example, in the First Suite the gentle playfulness of the ‘Allemande’ was taken to a more sprightly level in the ensuing ‘Courante’ until its energy was exhausted and dispelled by the serene ‘Sarabande’, and the succeeding ‘Menuet’ then began wearily out of that, gradually gaining new strength.

It was interesting to compare Ma’s manner with the same dance-forms across the Suites. For instance, some cases of the concluding ‘Gigues’ were earthy and almost rough (in Suites1, 2 and 5) whilst the others were more refined and gallant. The ‘Courantes’ of Suites1 and 2 really did run along in comparatively jaunty fashion, but those of the other Suites were more graceful.

Perhaps the most salient feature of Ma’s art, without which the intelligence of his readings would scarcely have registered otherwise, was his consummate control of the musical line. Two examples stood out: although the widely-spaced arpeggio quavers of No.4’s ‘Prelude’ were quite detached, they were still encompassed within smooth, rather than jagged, overarching phrases; whilst in the mysteriously meandering monodic contour of No.5‘s ‘Sarabande’, this spectre of a fully worked out harmonic sequence took on an embodied aural sense with the pedal notes anchoring the implied harmonies.

No less impressive was the fact that Ma’s mellow tone projected itself warmly and directly into the vast acoustic of the Royal Albert Hall, thereby bringing the audience immediately into his intimate rendition of all these Suites, where his playing was rarely loud. Hence he successfully cultivated a bleak, tragic mood for the Fifth Suite (a point made more tellingly still with the pregnant pauses during and after the final ‘Gigue’) and an often preternaturally reserved deportment in the Sixth despite its extrovert D-major key. Far from becoming precious and mannered, a note of unaffected joy was restored in the ‘Gigue’ to conclude the cycle. This was not a violent jolt back down to earth but seemed only to confirm the extraordinary sense of liberty which Bach appears to have achieved in these works with their apparently limited means of expression – as though attaining to Kant’s notion of a radical freedom lying in the noumenal dimension beyond the perceivable world of physical phenomena.

That point was reiterated in Ma’s encore, Pablo Casals’s arrangement of the traditional Catalan piece ‘The Song of the Birds’. The solo line of its cantilena (except for the avian trills at the beginning and end) was a like a religious chant, again directed beyond earthly and physical limitations.