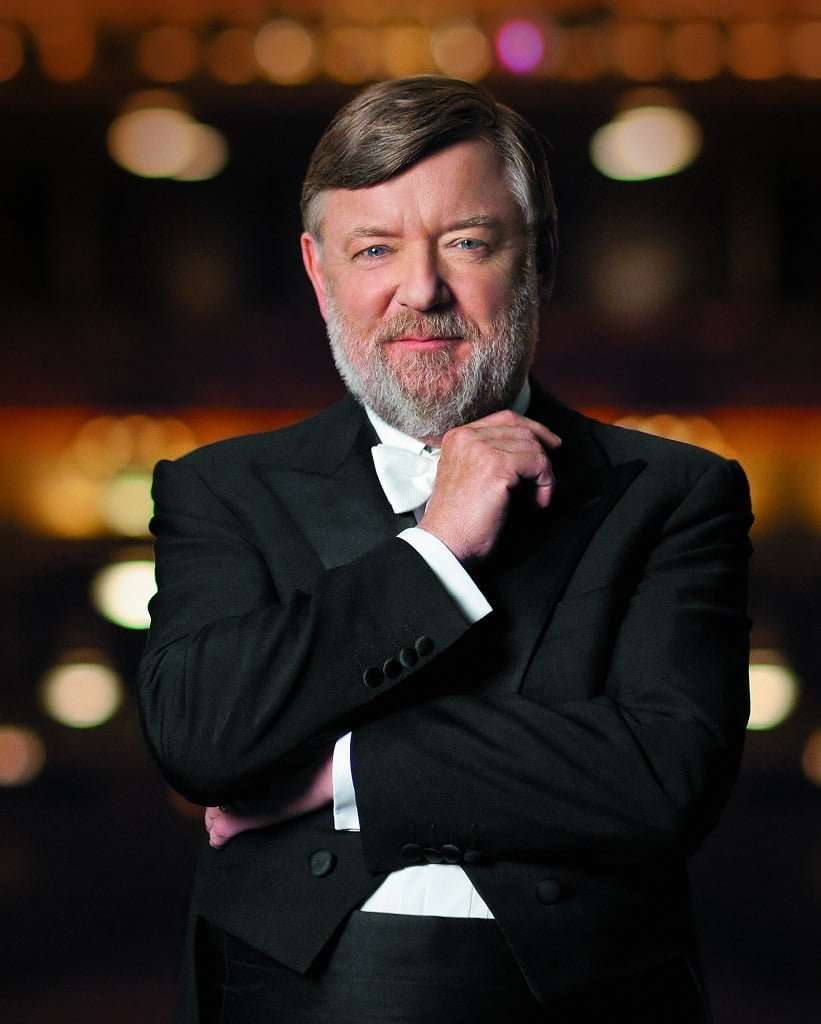 This was a Lucky Seven Prom, an enticing programme and excellent performances. And there was a deeper resonance to Frederick Delius’s In a Summer Garden (1908/11) than may normally be the case, at least for this writer. Having a few hours earlier attended the funeral of Edward Greenfield (at Christchurch in Spitalfields, East London) this magically atmospheric account seemed more to suggest a ‘paradise garden’ (as in Delius’s opera, A Village Romeo and Juliet), played exquisitely, Andrew Davis and the BBC Symphony Orchestra (Delius scoring large) conjuring delicacy and impressionism and also a climax of glorious arrival, albeit, for all the subsequent refinement, the minutes that followed seemed a few too many chez Delius.

It was a good idea to reverse the original order of the middle works, for Hugh Wood’s new Epithalamion has its Ravelian moments and Daphnis and Chloe was to have its choral parts retained. Wood’s setting of most of John Donne’s “marriage song” (written for Princess Elizabeth Stuart and Frederick, Count Palatine, wedded on St Valentine’s Day 1613) is a splendid addition to the choral repertoire in its exuberance, austere beauty, ecstasy and confiding, its warm and rich expression confirming Wood (born 1932) as an English Romantic, such a varied aesthetic rolled into this one piece that recalls most of all William Walton (such as his In Honour of the City of London), Michael Tippett (broadly) and a brief glimpse of Britten’s Spring Symphony. One might even oblige with Parry and Stanford as further references, but Wood isn’t into parody or pastiche, let alone plagiarism, for there is freshness and clarity here, music that is instantly accessible and likeable yet also with lasting value. 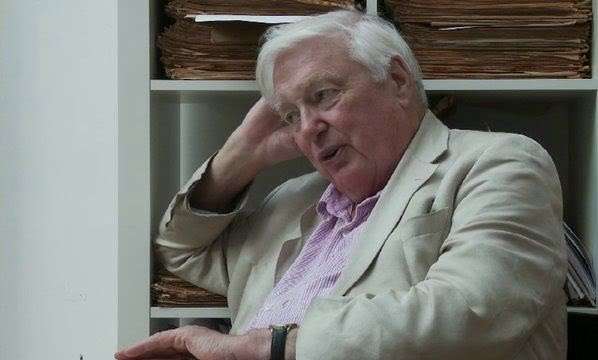 This clearly was a fine first-performance – Andrew Davis is a long-time Wood champion and Epithalamion is dedicated to him – the full orchestra and its bright and dark-glow sounds well-prepared, the BBC Symphony Chorus suggesting much enjoyment in tackling Wood’s grateful writing, and Rebecca Bottone (singing from the Chorus) sweet-toning the celebration, and with a cameo moment for BBCSC bass Nicholas Epton. At just over twenty minutes Epithalamion is concise, and nowhere more so than at the very end with a sweeping upward curve and emphatic finality to close this very persuasive setting.

For his 150, Carl Nielsen was represented by the Clarinet Concerto (1928), scored for a small orchestra of strings, pairs of bassoons and horns, and with the vital and spicy ingredient of a side drum (David Hockings), not quite as belligerent as in the Fifth Symphony but on the way. Nielsen’s plan was to compose a work for each member of the Copenhagen Wind Quintet, but managed only two, the other being the Flute Concerto. 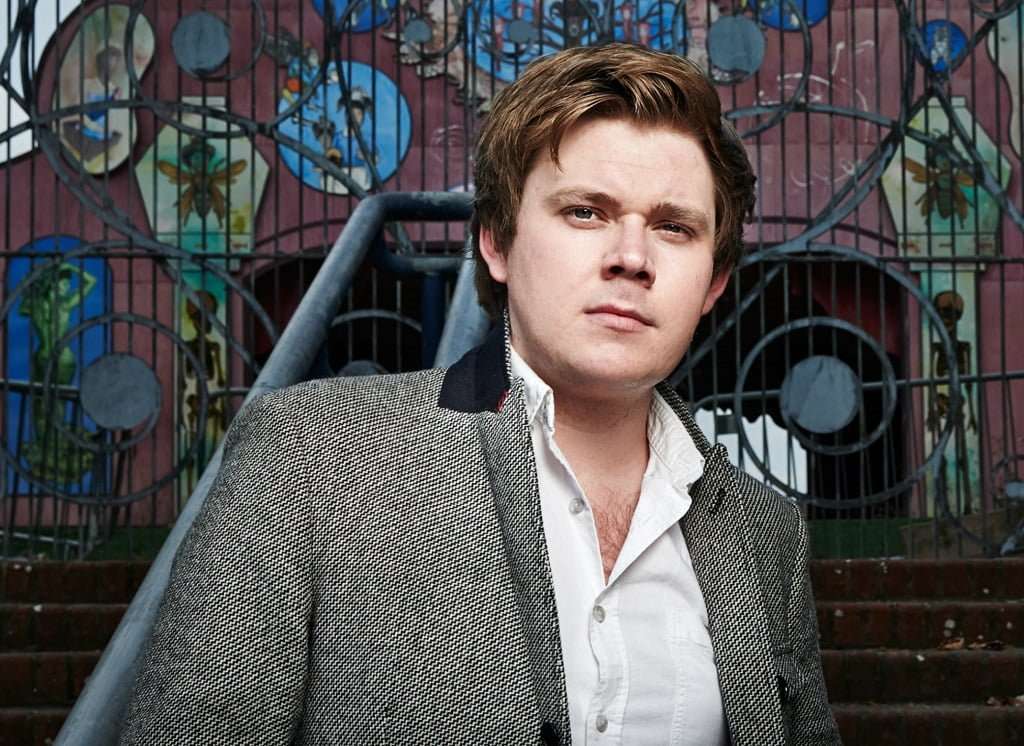 Whimsical, acerbic, quizzical, tenderly lyrical, splenetic – with the late-on suggestion of a peasant dance leading to a tranquil if disquieting coda – while Davis led the ensemble (well-used to Nielsen since Sakari Oramo’s Symphony Cycle) with a poker-player’s bluff, Mark Simpson, as brilliant and as self-assured as he was, explored so many variations of tone and dynamic that he distracted from the music, and the cadenzas seemed not to belong, confirming (as has been suggested by others) that Nielsen’s music needs to be given from the inside, straight, rather than imposing ‘self’ upon it.

Finally, the last fifteen or so minutes of Daphnis and Chloe. The dawning of a new day was gracefully drawn (reminding of Ravel’s fastidious abilities as an orchestrator), the Symphony Chorus vocalised aural sensuality, the trumpets puckered-up nicely for when the eponymous pair are reunited, Michael Cox’s flute solo was elegant and light-emitting, guest-leader Bradley Creswick (formerly of the Philharmonia Orchestra and Royal Opera House Orchestra and now at Royal Northern Sinfonia) dug deep into his violin, and the closing bacchanal was as scrupulous as it was scintillating, abetted by a party-throwing Chorus.

Earlier in the evening, at the Royal College of Music, the first of this Season’s Composer Portraits found Hugh Wood in conversation with Radio 3’s Andrew McGregor, who drew from Wood both enlightenment and wit. In terms of the music played and sung, with great talent and commitment by students from the Royal Academy of Music, I am not one for snippets (all or nothing!) but in the time allotted a sampler of Wood’s chamber output proved desirable.

Beginning with the second-movement Finale of the Horn Trio (1989), Tippett in the joyful mix, its fanfare and fugues were brought off with terrific assurance by Anna Douglass, Mathilde Milwidsky and Georg Michael Grau. Given complete, a Park Lane Group commission, the Poem for violin and piano (1993) enjoyed the further attention of Milwidsky and Grau, music that is pared down to melodic essentials while retaining emotional gravity. Then back in time for the first movement of String Quartet No.1 (1962), intensely lyrical music sowing the seeds for what is to follow, rigorously and with an acknowledged debt to Schoenberg, but this was the unkindest cut of all, the Halcyon Quartet in full swing – what should be an attacca into a Scherzo left us disenfranchised but keen to track down the remaining movements. Finally, two songs from Wild Cyclamen (2006, setting Robert Graves) – “it’s not like Dichterliebe”, quipped Wood – oh, I don’t know: the first song chosen yearned, the second rang out with a young man’s pleasure, and Gwilym Bowen and Frederick Brown impressed in music that could be by Britten and been written for Peter Pears.

But this recital showed where Hugh Wood has come from and where he belongs. He is currently writing a String Trio and does not rule out a Sixth String Quartet. Indian-summer times ahead.