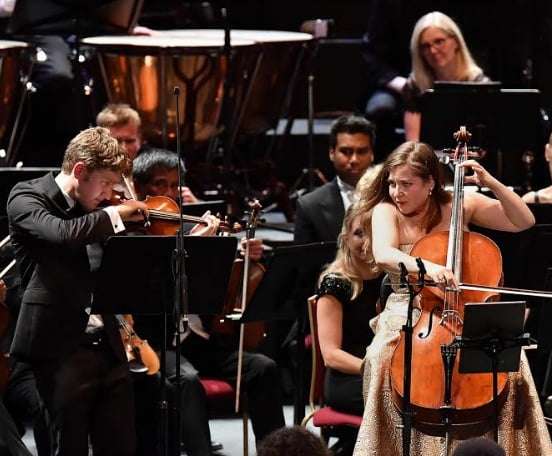 A French Prom, with music covering three centuries: from Jean-Féry Rebel’s 1737 ballet to Pascal Dusapin’s new work for cello and orchestra, composed for Alisa Weilerstein, and first-performed just over a year ago with the Chicago Symphony Orchestra.

It was Joshua Weilerstein’s idea to open with the most risqué sound of the evening, the dissonance of ‘Chaos’, out of which appear the four elements, each with their own musical imprint that then battle for supremacy, before being grounded (obviously) by Earth. Just as amazing as the opening chord (which would be well-matched in a concert ending with Charles Ives’s Second Symphony, rounding off with a similar crunching chord), is Rebel’s piercing use of two piccolos, and the piccolo has an important role in the opening of the Dusapin.

With a co-commissioners list as long as your arm – the BBC giving the fourth of the territorial premieres, after Chicago (May 2016), Stuttgart Opera (June), and Paris Opéra (April), with Porto following this November (with Anssi Karttunen taking the solo part) – this was the first time Alisa had played Outscape under her younger brother, who was making his Proms debut.

It’s not really a Concerto; rather a piece, as Dusapin says, with the cello “becoming an orchestra” and the orchestra “becoming a cello.” Like the dark opening of Birtwistle’s Deep Time heard at this address just three nights ago (Prom 4), Outscape opens in the cello’s lowest register, a C-sharp taken seamlessly by bass clarinet. Together they forge the material for the work, with rumbling drums and woodblock flashes. The piccolo – at the other end of the pitch scale – awakens the orchestra and the pace steps up. What follows is alternating tutti and chamber or solo sections, the cello ruminative, making it a thoughtful piece. Indeed, Dusapin’s original intention to end Outscape loudly was changed after he heard Weilerstein playing a Bach encore, so now it winds down – high winds and violins gently absenting themselves from the sound picture to leave the final bar for the cello. 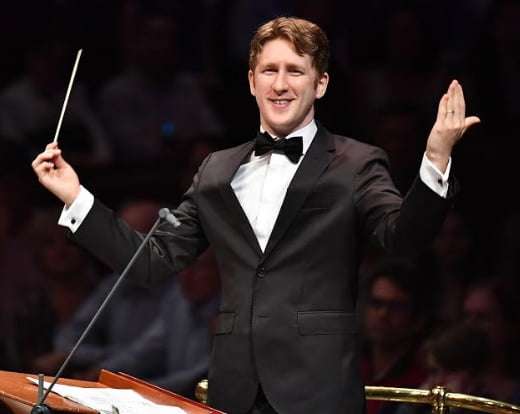 The Weilersteins were completely at home, as they were in their joint encore, Joshua coming on with a violin for ‘Transylvanian Dance’, the last of Bartók’s 44 Duos for Two Violins – here with cello: short, sweet and satisfying from the siblings.

A vast increase in forces was required for the second half. Despite Joshua Weilerstein’s stated liking for making one of his favourite pieces “as hallucinogenic and crazy as possible” this was an admirably prepared and presented account of Berlioz’s Symphonie fantastique, with an ear for subtleties. Weilerstein was not unduly affected by the smattering of clapping after the first three movements (yes, even the Adagio!) and managed an attacca between the rather abruptly curtailed final note of ‘March to the Scaffold’ into the ‘Witches’ Sabbath’ Finale without audience interruption. Nice to hear real bells, too, from high in the Gallery, after the distorted artificial ones from John Eliot Gardiner in 2015 (a sound which the programme euphemistically reported as being “pre-recorded”).

An auspicious Proms debut then for Joshua Weilerstein, this well-crafted programme wearing any theme lightly on its sleeve, and with performances to match from the Proms ‘house band’ – Sir Henry Wood, looking down on the BBC Symphony Orchestra, must have been pleased.