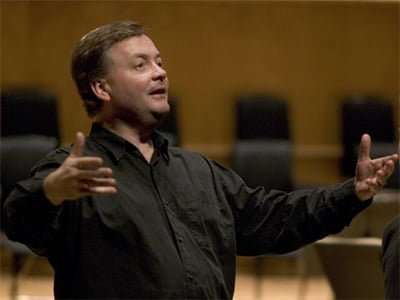 This late-night Prom juxtaposed works by two British composers whose centenaries fall this year. That of Benjamin Britten has been extensively celebrated, whereas that of George Lloyd has been largely the preserve of those enterprising performers who operate at the margins of the music scene. Further comparisons were prompted by the pieces chosen: when that by Britten was premiered its composer had not yet graduated, whereas Lloyd had laid the basis of a promising symphonic and, before long, operatic career; when that by Lloyd was premiered, his feted contemporary had been dead for over two decades and Lloyd himself had merely months to live – his music having enjoyed a modest yet solid revival.

Although it enjoyed a considerable succès d’estime, Britten’s A Boy was Born (1933) has never had a profile comparable to its musical scope and ambition – these six diverse variations, founded upon a medieval German carol (itself a constant comment on its initial four notes), drawing on a wide range of formal procedures that are deftly handled as well as being appreciable at a directly auditory level. The majority of the texts are anonymous fifteenth century, yet room is found for the initial verse of Christina Rosetti’s In the Bleak Mid-Winter as a refrain during the ethereal calm of the fifth variation, then its lengthy successor utilises poems by Thomas Tusler and Francis Quarles as the underlying theme comes gradually to the surface for an apotheosis as virtuosic technically as (a sure pointer to the future) it is restrained emotionally. David Hill secured a performance of absolute assurance from the BBC Singers, abetted by the Choristers of the Temple Church, which reinforced the significance of this, Britten’s first undoubted masterpiece, from a distance of almost seven decades. 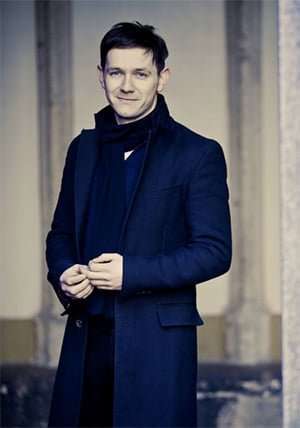 In his later years, George Lloyd spoke laconically yet unappreciatively of Britten – whose innate Englishness could hardly have found favour with one who saw himself as the belated representative of a musical Romanticism with such as Berlioz and Verdi at its centre. While the three operas and twelve symphonies constitute the backbone of Lloyd’s output, choral music came to the fore in his later years – of which the Requiem (1998) is a comparatively modest though wholly characteristic addition. The dedication to the memory of Diana, Princess of Wales, moreover, can only partially conceal the fact that Lloyd wrote it in the knowledge that this was to be his last work and set its formal as well as expressive parameters with such in mind.

Playing here for just over 42 minutes, the work follows the expected liturgical text with a few subtle modifications (no ‘Libera me’ at the close, for instance) – its 16 separate sections falling into three main parts. First comes ‘Requiem and Kyrie’, setting the reflective though by no means insipid tone for the whole. Interesting is the role of the countertenor, written at the lower end of the compass so it becomes the mellifluous complement to choral writing which itself is notable for textural clarity and inwardness. Not that Lloyd is earnest in his response – the ‘Dies irae’ sequence that forms the second main part features an almost perky ‘Tuba mirum’ and songful ‘Rex tremendae’ that recall the more irreverent of Poulenc’s sacred works, while the ‘Lacrimosa’ seems consoling rather than elegiac. The third part takes in a matter-of-fact ‘Hostias’, a brief though vibrant ‘Sanctus’, an elegantly supplicatory ‘Agnus Dei’, and a ‘Lux aeterna’ which sees the work through to its close with the voices joined in gently undulating sequences of chords and an enveloping mood of poignancy.

Coming after that of the Britten, the performance from the BBC Singers made a fine case for a work whose demands are as much incremental as absolute. Iestyn Davies coped admirably with the idiosyncratically conceived countertenor role, while Greg Morris applied a light touch to an organ part which frequently evinces a continuo-like dexterity. Applause was polite though hardly sustained, let alone enthusiastic – perhaps reflecting a degree of bemusement in response to music whose antecedents lies in the choral music of Maunder and Stainer from over a century before. Defiantly unoriginal while being unequivocally sincere, Lloyd’s Requiem is far removed from the dis-ingenuity of much current choral music – and all the more appealing for it.