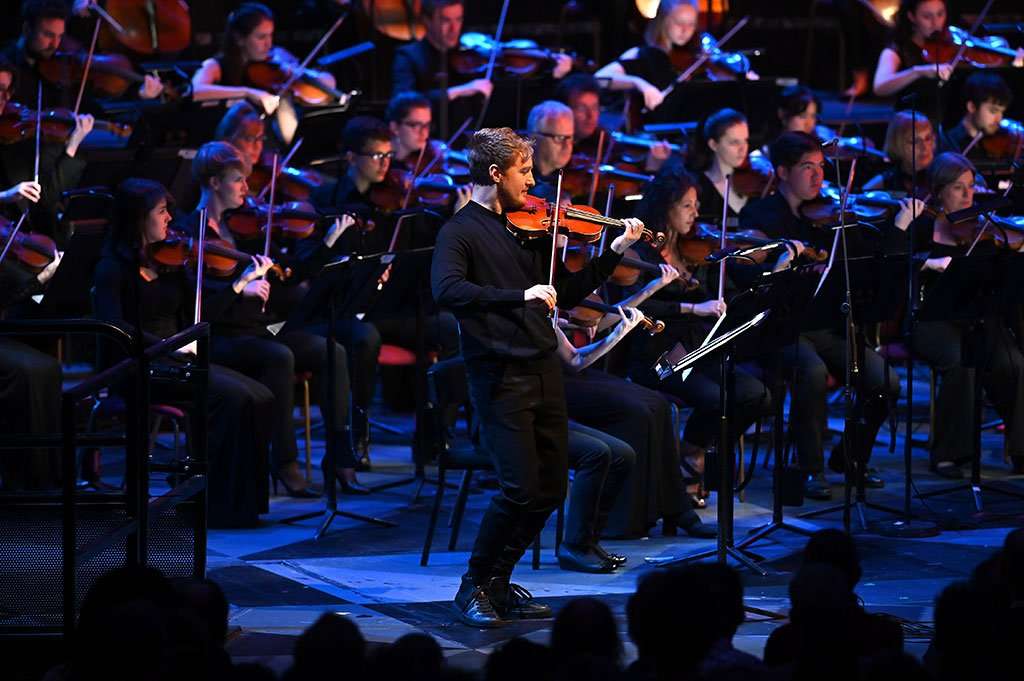 There has been something of a nostalgic throwback this week to contemporary music concerts of yesteryear, always overrunning with stage-changes and the unpredictability of how long new works are. It was fifteen minutes beyond schedule for PCM8 (a Tribute to Oliver Knussen) and now thirty for this current Prom. In the event only a few of the audience (including a notably packed Arena) felt they could tear themselves away as the clock ticked towards midnight.

Curated by Radiohead’s Jonny Greenwood, this concert grew organically from Daniel Pioro’s violin in the last of Biber’s Mystery Sonatas to him being accompanied by massed strings of the conjoined BBC National Orchestra of Wales and Proms Youth Ensemble in Horror vacui.

The twists and turns of the Biber were mesmeric from Pioro; the repeated falling four-note Lament Bass of the concluding ‘Passacaglia’ underpinning the freewheeling embellishments and variations. It segued into the Baroque-inspired Finale of Penderecki’s Sinfonietta, delivered with hair-raising exactitude. The combination of Biber and Penderecki – annulling the three centuries or so between the two pieces – worked very well, as did the ensuing pair of Greenwood works. Greenwood played one of tanpuras, with Pioro accompanying Katherine Tinker in the third of Greenwood’s miniatures from Water, an expanded piano sketch for a piece based on Philip Larkin’s poem commissioned by the Australian Chamber Orchestra, a subtly evocative piece that, as violin and tanpuras fell silent, melted into 88 (No.1) – eighty-eight referring to the number of keys on a piano – and part homage to Glenn Gould (with optional moaning). There was a sense of evolution here too, from the Baroque feel to the quasi fugue of the opening to the evermore energetic assault on the keyboard, ending with Tinker’s donning of long gloves as she slammed forearms onto the keyboard in an assault of note-clusters. 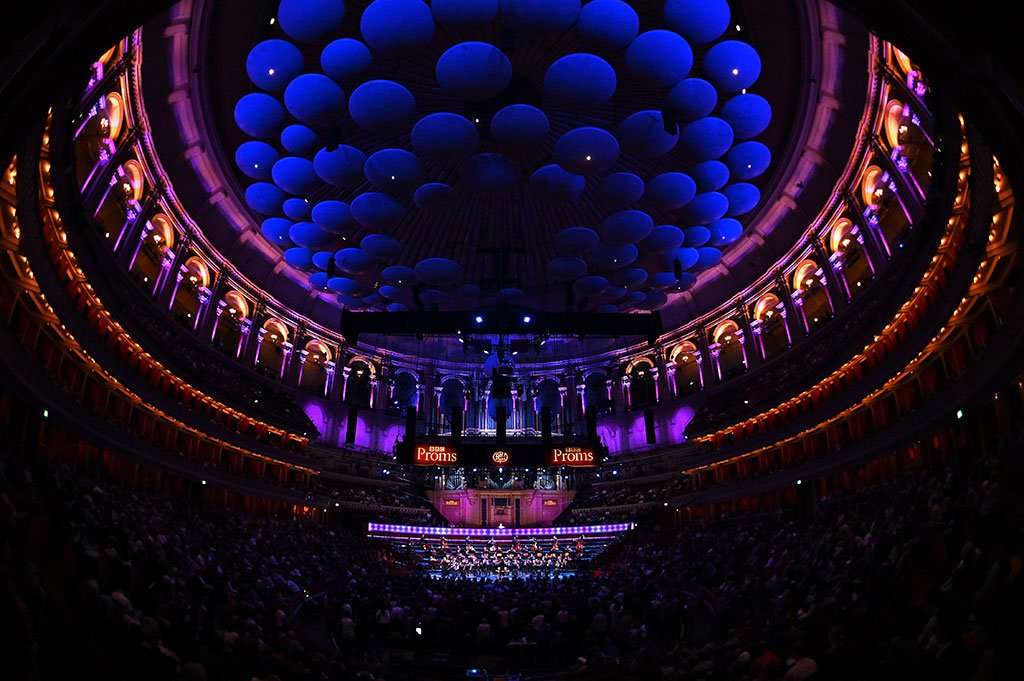 Steve Reich’s Pulse belies expectations in its soft use of the bass guitar (Greenwood again); its gentle beat underpinning a folksy movement for an ensemble of twelve, here arrayed symmetrically with the two violins (Pioro and BBCNOW’s leader, Lesley Hatfield) facing each other, each supported by a flute and clarinet and pairs of violins and violas. Reich instructs the bass guitar not to be played with a plectrum and, with the piano, to be almost muted; Pulse should officially be filed in the category of gorgeousness.

Greenwood’s Penderecki-inspired Horror vacui (the fear of empty space) follows his Polish hero’s move from electronics to being able to make similar sounds and effects live with stringed instruments. Horror vacui is listed as being in seven sections, each titled and with a bracketed explanation of the facet of electronics Greenwood is exploring to replicate. Pioro, standing at the orchestra’s extreme on the conductor’s left, acted as musical generator; the strings an echo-chamber or reactor. Hugh Brunt used a conducting technique with rigid outstretched arm moving across the assembled strings each joining the swelling sound as the baton passed them (a musical Mexican Wave, if you will). In later sections, instruments (even cellos) were lifted to mouths and blown upon; double basses were sonorously slapped. The result did sound amazingly electronic, although the only electronic item was Pioro’s iPad score.

At points I was reminded of Symphony of Sorrowful Songs and The Protecting Veil. Horror vacui managed to fill every vacuum for over thirty-five minutes, gradually dying away so only Piori was left. Both in conception and execution this proved to be a major commission and will, I’m sure, repay many re-hearings to re-live or discover the wondrous complexity and imagination of the piece.