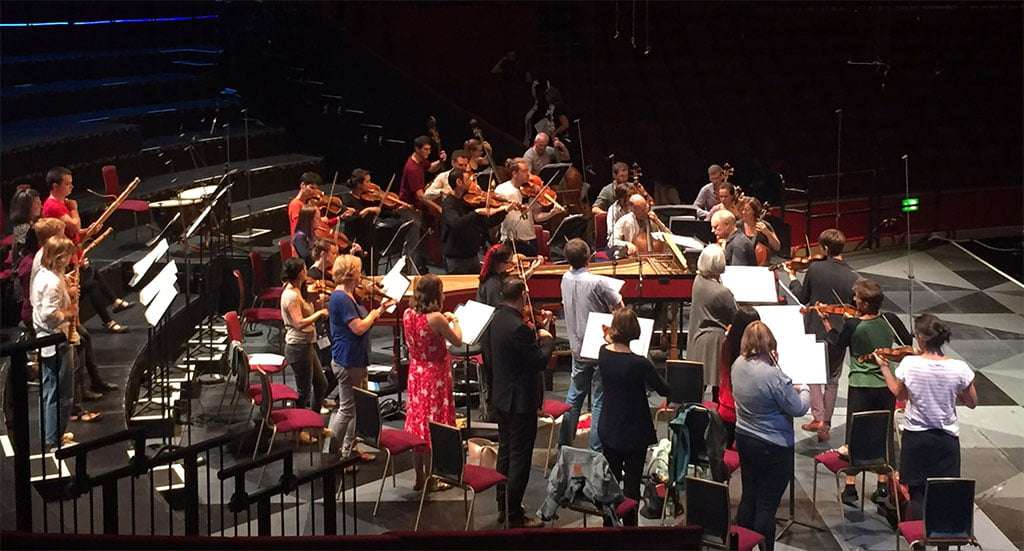 I must confess to still enjoying recordings of Bach’s orchestral music recorded decades ago, such as by Boyd Neel (with piano!) and Britten of the Brandenburg Concertos. I was therefore somewhat surprised to read in the Proms programme the following: “The revolution of the past 50 years in the performance of Baroque music means that modern audiences prefer their Bach sleeker and more dynamic played on instruments that approximate those of the first half of the 18th century – a practice in which John Butt and his Dunedin Consort are firmly at the forefront.”

Well I need not have been concerned. The Consort, with a strength for the Royal Albert Hall of over forty, provided a glorious, rounded, sound without compromising leanness. Hearing this ensemble in a cavernous acoustic was not entirely helpful and John Butt’s harpsichord disappeared (in fact there were two, the other played by Stephen Farr) – at least for me.

I missed the 2017 Prom performance of Bach’s St John Passion by the same forces but have enjoyed the Consort’s Bach recordings. It is also good to see that the Consort is committed to the commission of works by contemporary composers. Indeed, four BBC co-commissions (ostensibly each of two minutes length) were added to this programme. I thought Nico Muhly’s and Stevie Wishart’s the most effective. Wishart’s tango, developing Bach’s chord sequences, added the call of the “critically endangered” Argentine hooded grebe which echoed rather wonderfully around the Hall, its pitch altered to A=415. Argentina did not exist in Bach’s time. This was a poignant reminder of what we have done to our planet in the near 270 years since his death! 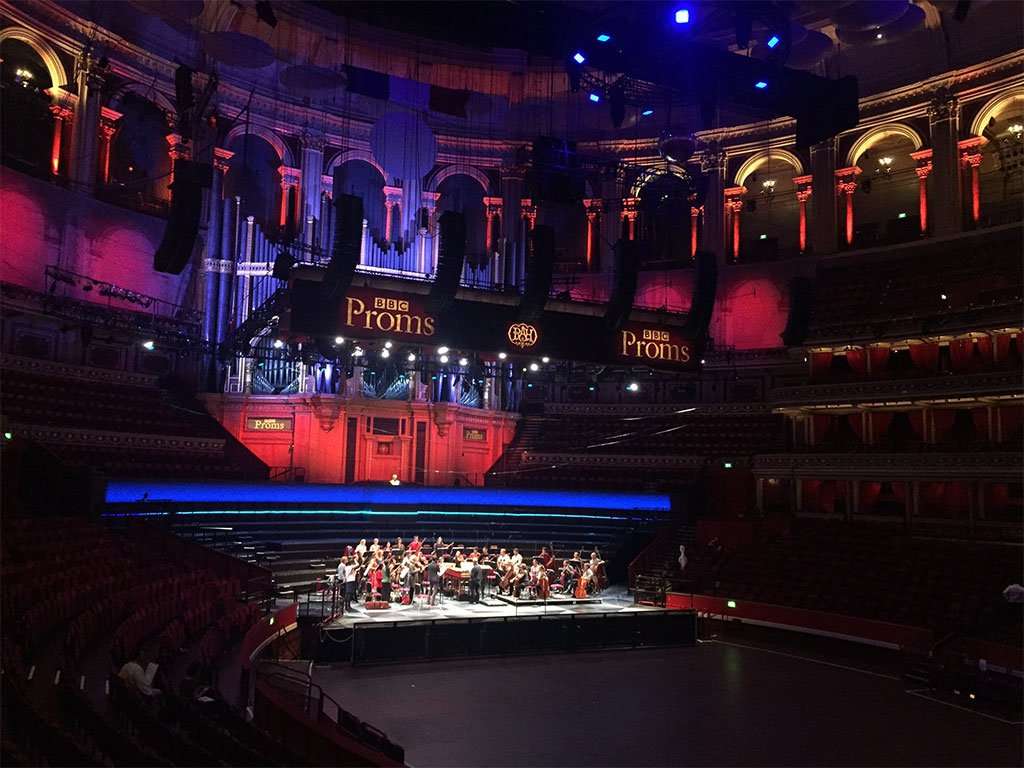 Bach’s Leipzig years, surely some of the richest in music, were the cradle for these Suites. Each is composed for different forces thereby investing great tonal variety when all Four Suites are performed together. The numbering of the Suites has nothing to do with the order in which they were written.

I felt the Consort took a few bars to settle during the opening of Suite Four but very soon the three valveless trumpets provided a superb cushion of sound. In the two ‘Bourées’ the brilliant playing of four oboes ensured the rhythm of the dance was sustained throughout. In the First Suite, the brass now absent, the glorious string sound propelled the music along.

The B-minor Suite, the most intimate of the four and ending with the famous ‘Badinerie’ had three flutes (rather than one) at the front of the stage providing a richness of tone and virtuosity which I found compelling. I must mention Katy Bircher’s playing in the ‘Polonaise’ which was enchanting and seductive. Bach’s contemporaries must have been astonished at what Lindsay Kemp calls Bach’s “typically high level of compositional science.” There was, however, nothing scientific in the joy this music brought to the audience who learnt quickly NOT to clap after each movement!

Finally, it was ‘joy’ again when the Third Suite began, Butt’s tempos catching the spirit of the music but allowing the necessary clarity which the Albert Hall challenged. Trumpets had returned and the burnished timbre of the Dunedin Consort brought glory to the celebrated ‘Air’ before the final ‘Gigue’. Even if the tones of this fine music-making were far removed from that offered by Sir Henry Wood in 1901 when this Suite was first included in a Promenade Concert, it is likely he would have embraced the changes demonstrated by the Dunedin players.