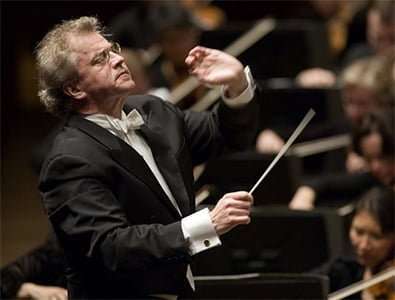 To balance the jolly japes we can expect from the Last Night, the BBC Symphony Orchestra’s penultimate Prom focused on death, with or without hope. And if that seems a great distance to cover, the playing styles in the three works conjured by Osmo Vänskä was so marked that there could have been a different orchestra for each one.

David Zinman’s recording of Górecki’s ‘Symphony of Sorrowful Songs’ was a rare classical best-seller in the early 1990s, but it had had to wait since 1976 (when the Polish composer was a youngish 43; he died in 2010) for that hit of recognition, by when he had turned away from the avant-garde to rediscover his roots in folk and ancient church music. It’s been years since I’ve played that iconic release, and I’ve not heard the work in a concert performance before, and this powerful reading went straight to the heart. Górecki’s store of slowly unfolding lines, simple structures and harmonic contours, rocking ostinatos, comforting sequences and shifts between major and minor are the bread and butter of holy minimalism, but Górecki achieves momentum, consolation and accumulation with artless immediacy. And he also wrote a gift of a role for solo soprano in the symphony’s three movements – the Virgin’s Stabat Mater lament at the foot of the Cross, the 18-year-old Helena Wanda Blazusiakowna’s prayer to the Virgin scratched on the wall of her Gestapo prison cell in 1944 (which was the most frequently played extract during the recordings heyday), and a mother’s grief over her son’s death. 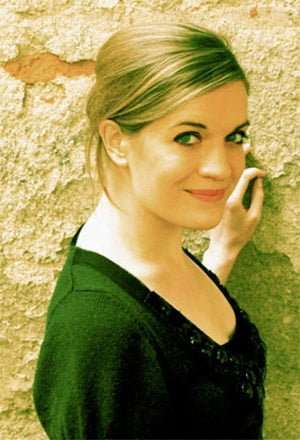 Ruby Hughes, a BBC Radio 3 New Generation Artist, pitched the songs perfectly between drama and detached reverence, her sparing use of portamento and vibrato adding considerably to the music’s impact, and she magically floated her silvery voice out of the orchestra into the audience. Vänskä was equally in command of the muted orchestra colours, so that the introduction of winds and harp in the first movement made maximum but discreet impression, and the piano and harp in the close of the last one added a starry shimmer of implied hope in this otherwise desolate work. The performance held us spellbound for an hour – give or take weedy dribbles of applause between movements – but it felt timeless.

Anthony Payne is now probably better known for his inspired recreation of Elgar’s Symphony No.3 than he is for his own music, and his newly commissioned orchestrations of Vaughan Williams’s Four Last Songs are in the same distinguished mould. These settings for voice and piano of poems by his wife Ursula composed between 1954 and 1958 were only gathered together as a set in 1960, after the composer’s death in 1958. Payne showed an uncanny process of identification with his monumental Elgar reconstruction, and he shows a similar sympathy in these orchestrations, which capture the idiomatic lyricism, transparency and English transcendence of the Vaughan Williams sound with masterly imagination. The poems have a directness of imagery that binds easily into the music, and Payne’s glorious scoring sustain the poems’ intimacy of love and anticipation of loss (Ursula lived for another 50 years after her husband’s death) while eloquently extending the reach.

Jennifer Johnston, another fine New Generation Artist, let the songs soar with a radiance associated with another set of Four Last Songs. Her voice combines ecstatic range with an affecting contralto weight, and her stage presence, like Ruby Hughes’s, was compelling. Vänskä’s lucid conducting released a glowing, refined sound from the BBCSO, and we are, again, in Anthony Payne’s debt.

Intimations of mortality were much more subjective in Tchaikovsky 6, the ‘Pathétique’, enhanced by Vänskä drawing out an old-fashioned, Russian sound from the orchestra. The first movement in particular had a thrilling volatility of timbre and hysteria of expression, and Vänskä’s deployment of the brass was electrifying and very raw. The black hole that the music falls into near the end was as oppressive as I’ve heard it. The three-legged (in 5/4 time) waltz second-movement had a dark, balletic grace, and Vänskä took the succeeding March’s molto vivace direction to heart, dispatched with febrile intensity. I sighed with gratitude that he moved without a pointless-applause break into the lamenting finale, to make the most out of the contrast. There was a strong flavour of raging against the dying of the light in the music’s flagrant instability, and Vänskä’s approach made clear Tchaikovsky’s stark originality in this movement – there’s was nothing he composed previously that prepares us for it. This elemental performance took huge risks, but they all paid off. The ‘Pathétique’ slumps to a close on low strings, which is just how the Górecki opens, bringing us full-circle.