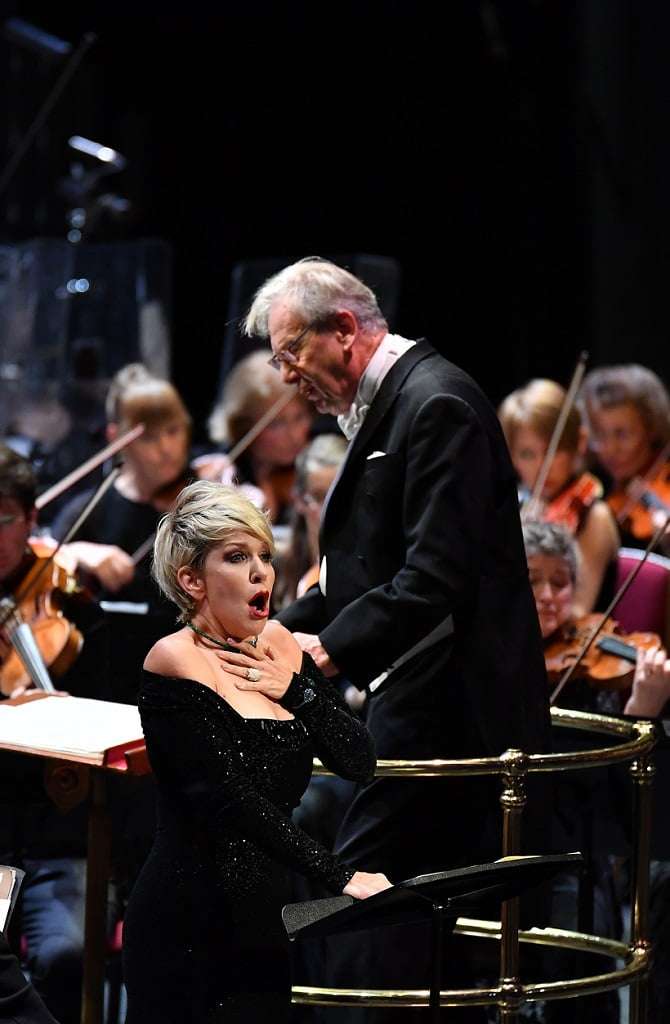 A teacher of long ago wrote off Berlioz as a “frightful vulgarian who confused gesture and content”. I think she would have both gone into orbit and, I hope, reconsidered her stance with this Berlioz Prom from John Eliot Gardiner and his nineteenth-century ‘period’ Orchestre Révolutionnaire et Romantique in two big scenes for two tragic queens, two vivid blockbusters and a Symphony with a viola-player on walk-about.

I suspect many listeners have come to this emphatically expressive and original music via Colin Davis, who perfected a style based on a string sound of tremulous, addictive longing. The ORR strings don’t have that swoon and bloom, but their energy and bite alongside some astonishing ‘natural’ wind- and brass-playing, replete with four sonorous saxhorns and two rasping ophicleides, harnessed the composer’s free spirit with characteristically ‘authentic’ attack and volatility.

The Corsaire opened at a tempo that left scorch marks, and all the players who could stood to get deeper into the music’s swashbuckling groove – it’s quite a sight, the wind and brass contingent swaying to the rhythm like big-band jazz players. The slower sections provided some thumbnail sketches of various soloists, but boiling seas and tumbling skies dominated: more Errol Flynn than La mer. 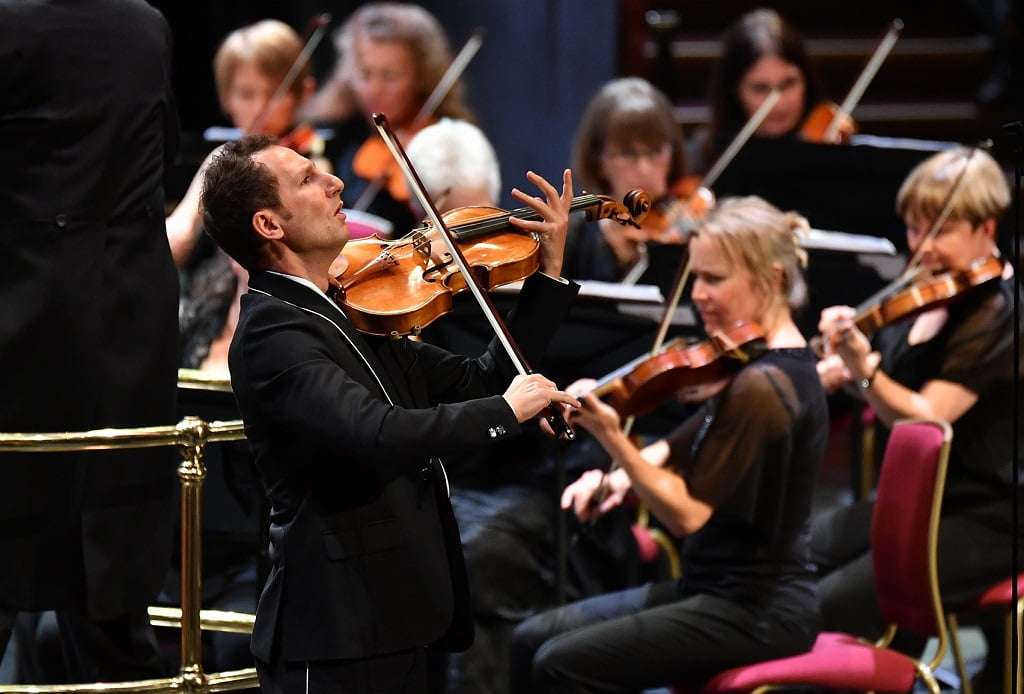 The ORR sat for The Death of Cleopatra, Berlioz’s third failed attempt at winning the coveted Prix de Rome – hardly surprising for an uncompromising, high-voltage monodrama masquerading as a classical cantata. Both in this and Dido’s equally extravagant death scene from The Trojans, Joyce DiDonato brought to life the tragic ends of two queens of antiquity with her inimitable brand of generosity, insight and theatricality. Her singing encompasses the idiomatic drama and conversational directness of the recitative passages and she has at her command a huge range of shade, nuance and weight, unfussily deployed and always hitting the emotional bull’s-eye. Her exquisite portamento-dips into her lower voice are charged with eroticism, Gardiner’s direction of Cleopatra, bitten by the snake, fading out of life was very affecting, and pleasure would be complete if DiDonato’s voice was just a bit more luxurious. In between came the ‘Royal Hunt and Storm’ interlude from The Trojans, with some powerful Nature music, birdsong, and hunting calls from an impressive quartet of saxhorns moving around the stage, not forgetting an unseen wordless chorus.

Such moves set up Sir John Eliot’s more-developed tableau for Harold in Italy, commissioned by Paganini to show off his new Stradivarius viola but which he never played because it wasn’t a display Concerto. It’s a Symphony, of sorts, with an unmissable idée fixe and an obbligato viola part, which has little to do in the Finale. 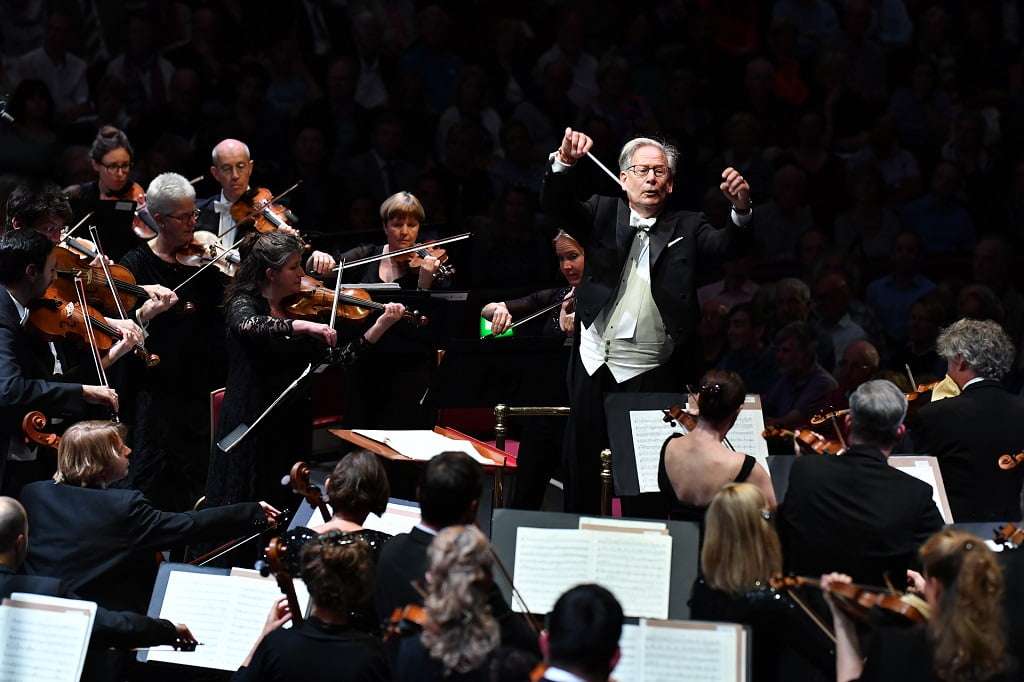 Based on Childe Harold, it’s one of those totems of romanticism, and became a sort of extended musical selfie for the Byron-besotted Berlioz. In Gardiner’s staging, Antoine Tamestit wandered lonely as a cloud through the Italian mountains on to the Albert Hall stage during the opening, the epitome of the beautiful dreamer, lingering awhile with Gwyneth Wentink and her harp, then dallying with Anneke Scott’s horn and the second movement’s pilgrims, whom he watches, shading his eyes with his hand, as they disappear out of Berlioz’s landscape, and there was more of the same manœuvring in the ‘Serenade’.

The idea nailed Harold’s/Byron’s/Berlioz’s epic self-absorption with touching naivety, and only held its ground because it was generally so characterful and thrilling. Tamestit’s marvellously judged role turned effortlessly from melancholic introspection to a modicum of outgoing engagement, and his sound is very beautiful and innig, entirely in the spirit of the piece. Tamestit was of course silent for most of the ‘Brigands’ Orgy’ (the ORR standing again), but he crept to the back of the platform to make up a distant string quartet to deliver Berlioz’s vision back to the blue yonder. I wonder if the roving viola registers on the radio; it was not being filmed.

DiDonato returned, with Tamestit, for an encore, Marguerite’s ‘Le Roi de Thule’ from The Damnation of Faust.