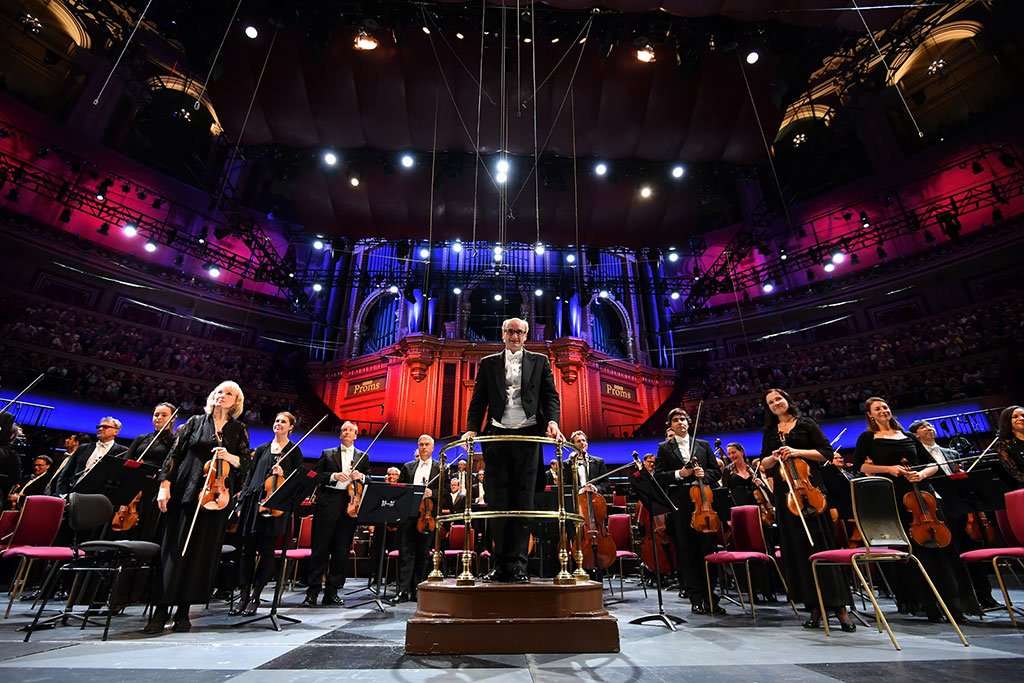 It was commercial necessity that dictated the original Proms mix of classical favourites, contemporary ‘novelties’ and popular ballads. In much the same way the local tradition of composer-themed nights had less to do with aesthetic preference than a desire to maximise royalties. It was only when William Glock was installed as Proms supremo that such old-style composer-themed evenings lost out permanently mixed scheduling. On 3 August 1962, for example, Glock juxtaposed a traditional first half under Basil Cameron (Beethoven – Fidelio Overture, the First Piano Concerto, with Lamar Crowson, and the Fourth Symphony) with John Carewe’s pioneering stab at (parts of) Pierre Boulez’s Le marteau sans maître and Debussy’s Ibéria.

Reviving the long-abandoned formula for several 2019 dates was meant as a tribute to Henry Wood in his anniversary year and the present concert was ingeniously put together and imaginatively executed even if the mix of works, broadly reflecting Wood’s preferences, fell well short of the length (heavenly or otherwise) of his own programmes. Or Glock’s for that matter.

The requisitioning of a Friday slot to serve as Beethoven Night is authentic. Less so Andrew Manze’s conducting. Or at least not in any narrow sense. He has become one of our most inventive conductors however difficult it is for those of us of a certain age to stop thinking of him as a Baroque violinist who windmills with a stick. His Beethoven proved predictably lithe and anti-rhetorical but, with Romantic and subjective impulses embraced too, there was no question of streamlined uniformity. This was most striking in the first movement of the Fifth Symphony where the exposition repeat brought a more sotto voce reading of the second theme with carefully terraced dynamics. All roads led to the outsize coda, given with traditional weight and power, very much the focal point notwithstanding some unaccustomed gentility en route. Vibrato was rationed rather than eliminated, its presence arising naturally from the expressivity of the line and the sensibility of the players. No pompous executive fiat. 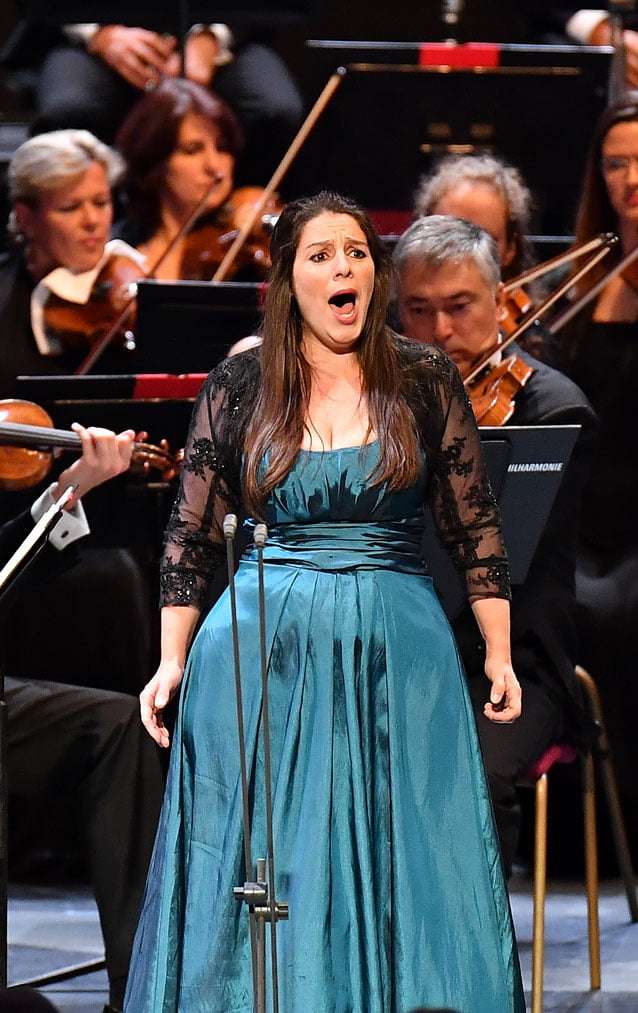 Manze has spoken of Beethoven’s world as becoming much more “untidy”, the composer not rejecting the past but effectively redrafting the rules for the future. Here, the slow movement could scarcely have sounded less like Mozart, the third was full of wit, the transition to the Finale evidently super-refined in rehearsal. It was in this fourth that doubts resurfaced for all the incidental successes (a wonderfully characterful piccolo). It all felt a bit too easy, rhythmic definition (and perhaps an implied call to the barricades) sacrificed in the interests of a gentler musicality at breezy tempos.

The evening began with thoughtful, sober Handel. And even here the violins were bunched on the conductor’s left as I believe they would have been for the bulk of Henry Wood’s time. Manze’s take was surprisingly homogeneous with the strings almost equal partners with the winds, his preference for long phases rather than brazen rhetoric. At the very end of the concert, Manze returned to this world with the ‘Lentement’ and ‘Bourée’ from the G-major Water Music Suite. The BBC tweeted this French-sounding fare as being arranged by Hamilton Harty but I’m not convinced that is correct.

Elizabeth Watts was the excellent soloist on either side of the interval. The stock showpiece gestures of Ah! Perfido were never likely to quell the bronchial tendencies of a restless capacity crowd but the item was beautifully sung. A popular inclusion in Wood’s time, albeit in less than authentic garb, it went on to attract the advocacy of such luminaries as the late Heather Harper. That it has rather slipped from view is unsurprising. Watts wore a lovely gown of light imperial red, outdoing the diminishing red of the Royal Albert Hall’s upholstery. After the interval she re-emerged in a dusky teal number for what was once a ubiquitous ‘bleeding chunk’. Beethoven’s Leonore she is not (or not yet, remembering what Gundula Janowitz made of the role). Manze and his Hanover band accompanied sympathetically but the sequence sounded like something written for Marzeline before the ‘watershed’ of the Act One Quartet. Fine, as far as it went. The preceding Fidelio Overture was similarly low-key, not without the odd scruffy corner (unless that was the effect of the acoustic) while perfectly credible as an operatic opener. Was that perhaps Manze’s point? More players came onto the platform for the Fifth. 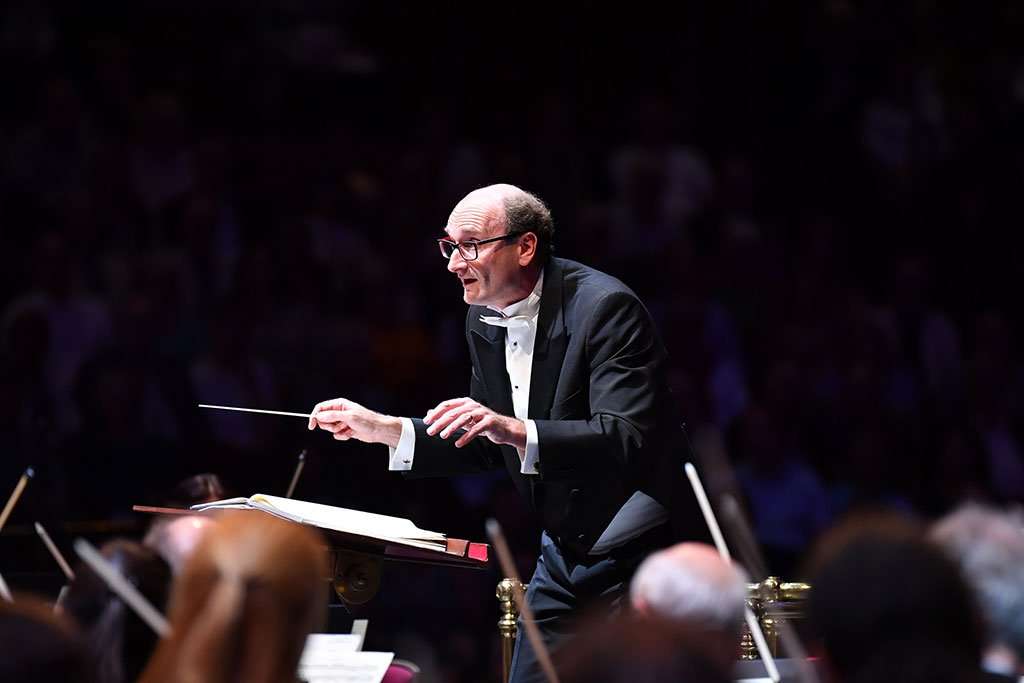 For me at least the highlight came earlier with Elgar’s Bach transmogrification, the arranger’s signature gloriously obvious almost from the start. Manze made sure every line was audible, including the tuned percussion only vaguely etched in on those ancient LPs. Likewise the alternation of timpani and bass drum and the subtle presence of harp. The oboist whose eloquent line frames the Fantasia and inevitably recalls the slow movement of the Second Symphony deserves to be named, Kerstin Ingwersen. Her colleagues excelled in spots: especially notable was the crisp delineation of the basses to launch ‘Abscheulicher!’. Elsewhere there was a tendency to default to a lower setting.

Meanwhile the audience switched unpredictably from rapt attention to anti-social antics of various kinds. Filming with mobile phones held flagrantly aloft is now reaching epidemic proportions as, apparently, is pertussis and the dropping of large barrels of ale. At least there was no clapping between movements!