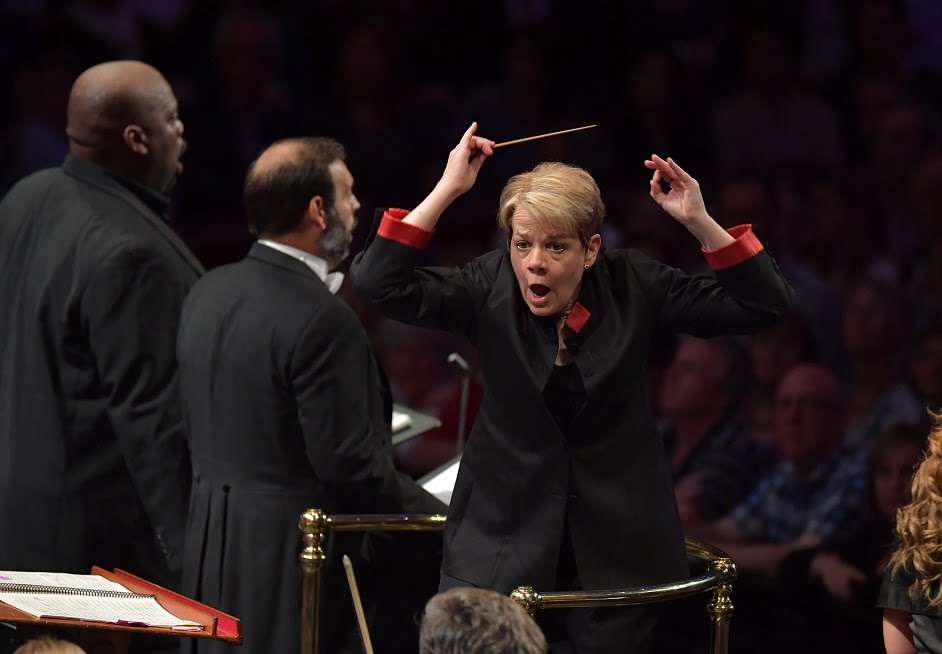 I see that Zurich Opera is putting on a dance version of Verdi’s Requiem later this year – imagine the opportunities offered by the ‘Dies irae’ – and at least I hope the show has a conductor as singer-friendly, as tuned into matters of ensemble, an organic approach to pace and rubato, and the all-important layering and intensifying of expression that animates and shapes this multi-section setting as Marin Alsop.

Alsop was conducting the Orchestra of the Age of Enlightenment – which was sporting a cimbasso and three bass drums – and the strings’ pale glow suited the opening’s hush and distance perfectly. Thereafter, though, the strings’ sound was contained rather than opening out, and too often the vibrato-light sound was too neutral, isolating rather than flattering Verdi’s woodwind writing – it was fine in the bassoon’s ultra-bleak solo in the ‘Quid sum miser’, less so in the exposed flutes in the ‘Domine Jesu’ – and while ensemble between orchestra and choir was for the most part reliable, the balance was very much to the BBC Proms Youth Choir’s advantage. The brass was superb, though, and the trumpets ranged round the Gallery played their significant part in an awesome ‘Tuba mirum’. But in the end you felt the OAE was being too supportive; you craved something fuller and more assertive, especially with a choir and vocal soloists so completely in tune with Verdi’s theatre of liturgy. 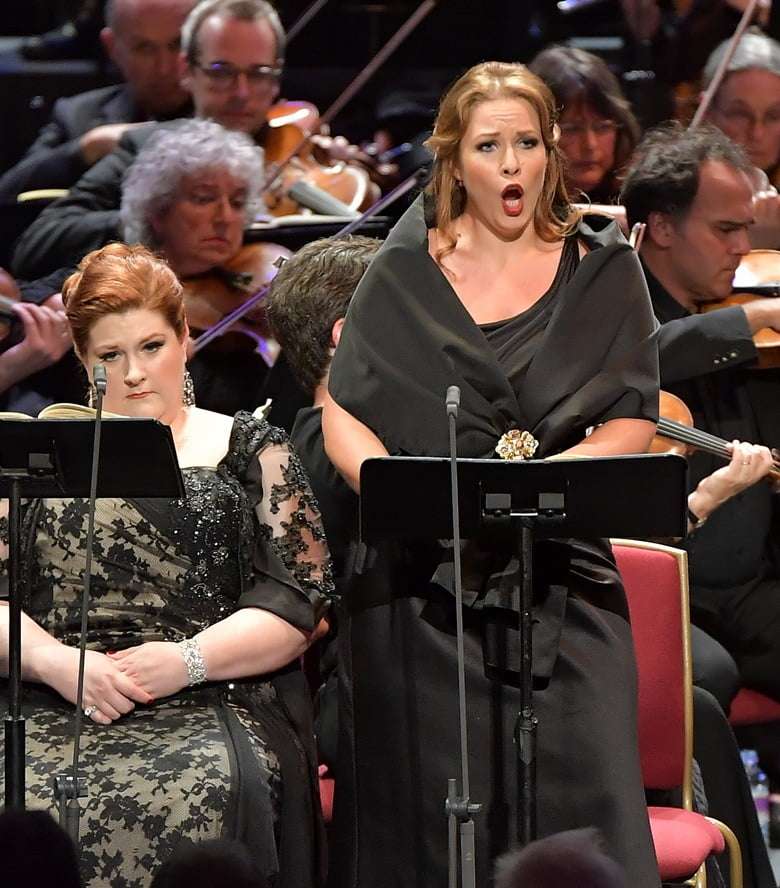 In spite of initial tightness from Dimitri Pittas (replacing Michael Fabiano), all four solo singers built on their calling-card entries in the ‘Kyrie eleison’, a sort of vocal beauty contest that can anticipate the character of the performance. Tamara Wilson and Alisa Kolosova were notably more sacred and reserved than the more secular, effusive and Italianate Pittas and Morris Robinson.

Wilson – who rose spectacularly to the challenges of Calixto Bieito’s staging of The Force of Destiny at ENO last November – is an accomplished Verdi singer, but her control of tone, volume and expression still grabs you with its candour and astonishing subtlety. Her seraphic soaring line in the ‘Lachrymosa’ was as beautifully crafted as her magnificent approach to the top C in the ‘Libera’ me, followed by the exhausted prayer that closes the Requiem. What a fine artist she is, serenely complemented by Kolosova’s refined singing. She managed the double-act of seeming to commune with herself while projecting even the most withdrawn pianissimo into the furthest reaches of the Royal Albert Hall. She was marvellously Sibyll-like in the ‘Liber scriptus’, inflected the ensembles with all manner of shadings, and was particularly effective in her ‘Agnus dei’ duet with Wilson. 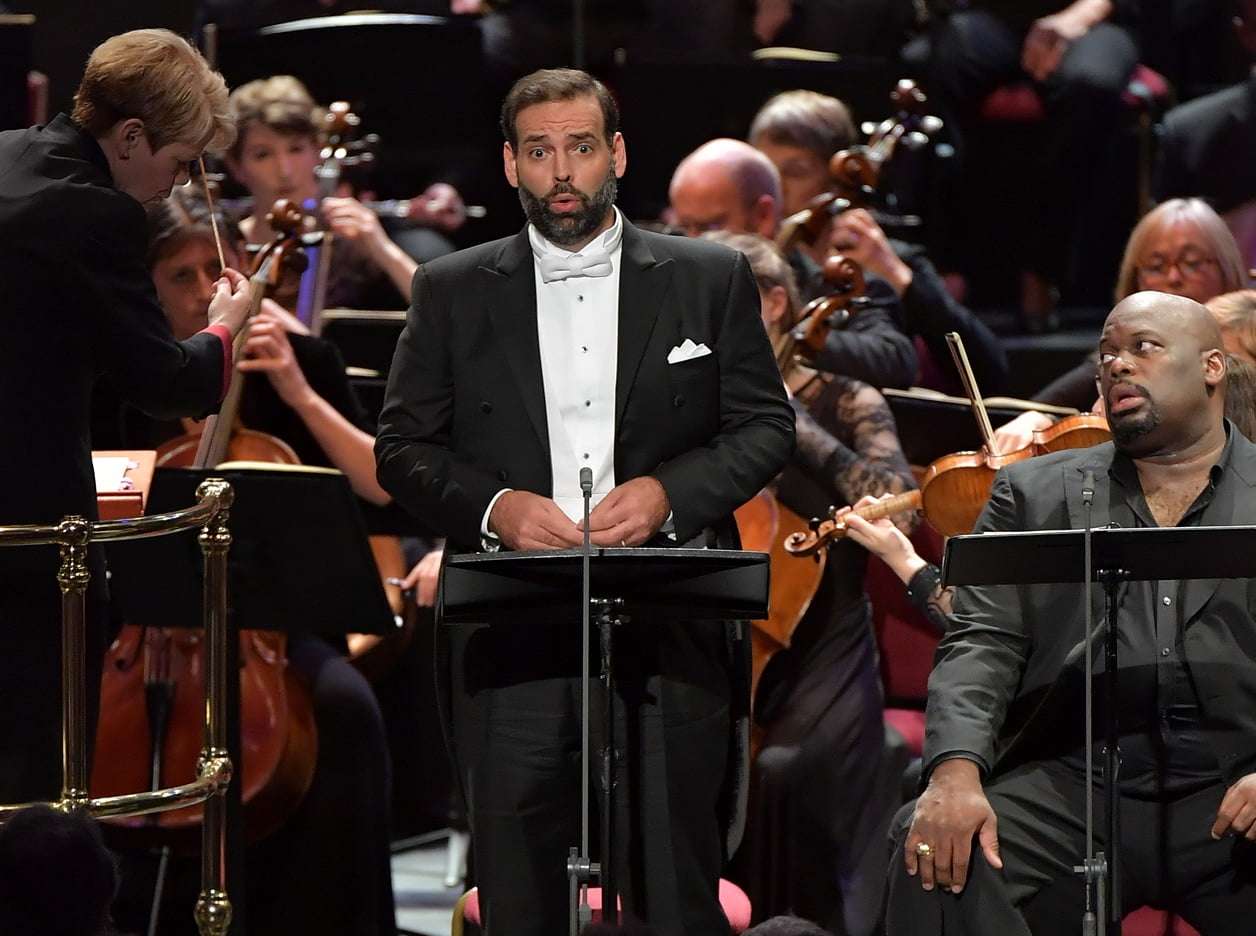 Like an Alfredo who’s discovered God, Pittas melted fears of eternal damnation with a sweet, ardent ‘Ingemisco’ and, like Kolosova, was pitch-perfect in the ensembles. Robinson took the Requiem’s operatic provenance to much further extremes in his confrontational style, and his bass lacks nothing in penetration. Pitch was sometimes wayward in his middle voice, but he was a superb anchor. If basses bite, Robinson certainly did in a splendidly malign ‘Confutatis maledictis’, along with much eye-flashing and operatic arm signalling.

The 260-strong Youth Choir sang the opening from memory – similarly in the closing section – and it had the wonderful effect of focusing our attention. These young singers come from choruses all over the UK, and, as with the soloists, there was a real sense of attack and commitment; you couldn’t fault their togetherness and vocal athleticism in a thrilling ‘Sanctus’.