Brahms
Variations on a Theme by Haydn [St Anthony Chorale], Op.56a
Mozart
Piano Concerto No.14 in E-flat, K449
Beethoven
Symphony No.7 in A, Op.92 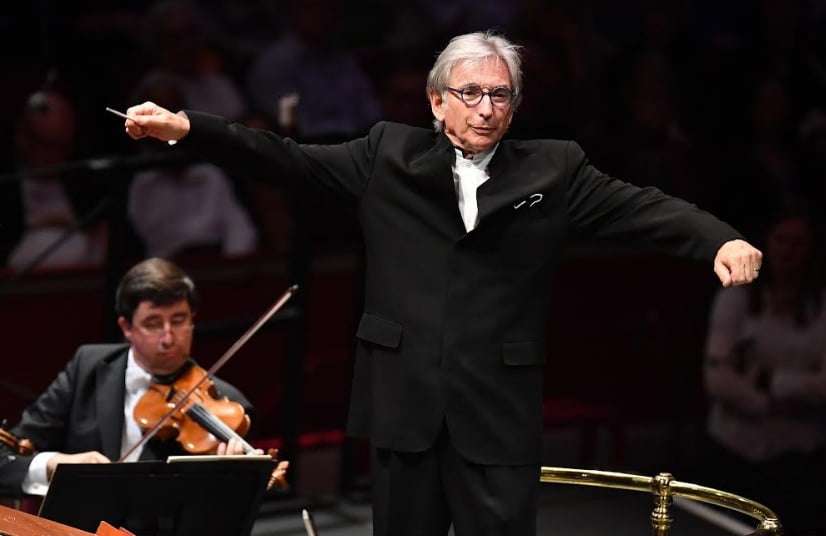 Whether the Vienna Philharmonic sounds as it once recognisably did, in days of yore, is a moot point, but in this second of two consecutive Proms for 2017, this time with Michael Tilson Thomas, the orchestra was in its comfort zone but not complacent, and there were a few welcome surprises along the way.

It was the Wiener Philharmoniker that gave the premiere of Brahms’s Haydn Variations, in 1873 with the composer conducting. Brahms believed his plundered tune was by Joseph Haydn; turns out not so, but he made full use of it. In 2017 the VPO lavished creamy-rich wind-playing on the score and the strings were lightly lyrical. MTT’s watchword was clarity – of articulation and detail – and although this sometimes made for staid tempos there was much more to be beguiled by, particularly in terms of gracefulness and a gentle touch, and the Finale, which can be made sullen, even funereal, was nicely buoyant. 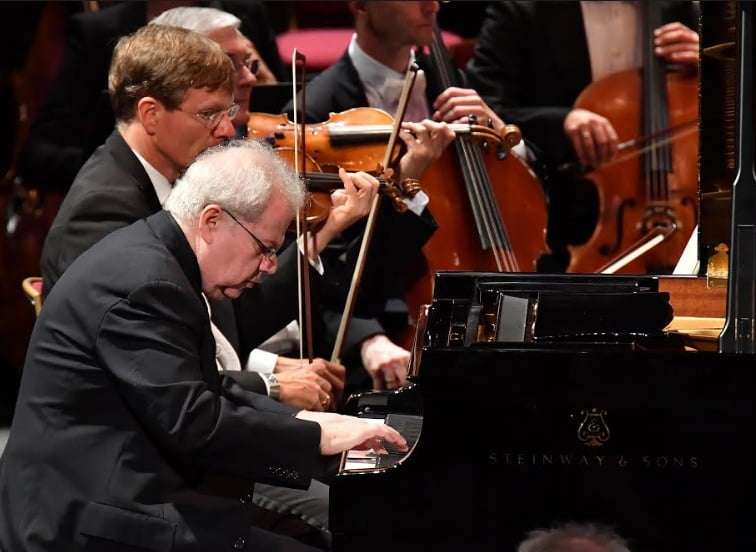 There was though the problem of over-prominent horns, upsetting of balance, especially in the last movement of the Beethoven. But how good to find a conductor nowadays that doesn’t rush through Beethoven’s music or go for tones that are emaciated. That said, a couple more double basses (making eight) would have been welcome, but good to hear moderate tempos in which the music was still lively and dancing (the latter quality reminding of Wagner’s off-quoted moniker). Timpani (different player) were more assertive than in the Brahms, and having given an incisive account of the first movement – with time on its side, and with the dovetailing between Poco sostenuto and Vivace particularly well-managed – MTT then ensured an Allegretto that strode with solemnity, enlivened by dynamic contrasts, not least intense crescendos, and pinpoint contrapuntalism (antiphonal violins aiding and abetting). The Scherzo gambolled attractively (the Presto marking down-graded, although sorry to lose the second repeat) but the Trio was somnambulant – it needs to move along, as Toscanini demonstrated – and, conversely, the Finale (no attacca, which lost some concentration) needed just a little more impetus, but in an age where Beethoven Symphonies can be too fast and anaemic I’m not complaining.

The encore was another of those surprises. If I heard MTT correctly this was the first time the Vienna Phil has ever played Delius’s On Hearing the First Cuckoo in Spring (1912). It was rather special, of tender evocation, with forest-legend clarinet calls and a lovely viola solo. Unseasonal, maybe, but a reminder of times past … and anticipating times future.

Also special was Emanuel Ax in some endearing Mozart, a really wonderful performance of old-world charm and crisp affection, and employing the composer’s cadenzas, short and stylish. The first movement was unhurried and elegant, the second courtly and ornamented – richly expressive, a heartfelt aria without words – and the Finale perky yet exacting, smile-inducing, with something kept in reserve for a foot-tapping sprint to the finishing post. Pianism this civilised and refined, yet also so communicative and enlightening, is rare these days. MTT and the Vienna members were ideal partners – this was music-making by friends for friends, and Ax went on to spellbind with Schubert’s A-flat Impromptu (from the D935 set), not sentimental but overflowing with sentiment and with a babbling-brook middle section.