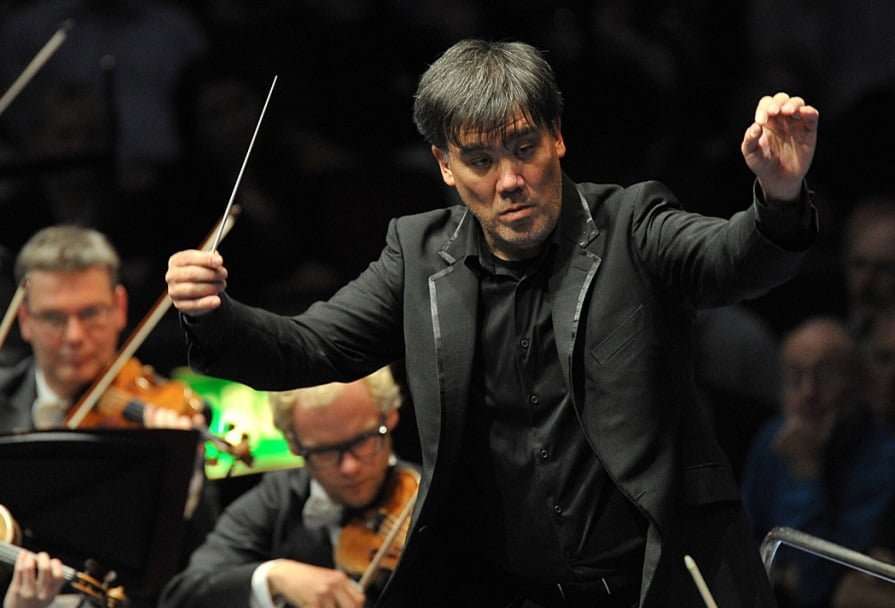 With Beethoven’s ‘Choral’ Symphony in its traditional Proms place, perhaps all will be well with the world – it certainly deserves to be, given the integrity of Alan Gilbert and the Leipzig Gewandhaus’s performance. The penultimate-night Prom, though, opened with the Austrian composer Friedrich Cerha’s 12-minute Paraphrase on the opening of Beethoven’s Symphony No.9 (2011), UK-premiered in London when the currently indisposed Riccardo Chailly included it in his Barbican Centre/Gewandhaus Beethoven cycle in November 2011, then, as here, with the ‘Choral’.

Cerha (born 1926) has managed to fly both the Second Viennese School and more conservative flags during his long career and took on the daunting, prolonged task of finishing Alban Berg’s Lulu. Rather like the way Beethoven in his late variation style often strips his theme back to its basic DNA, so Cerha in his Paraphrase romantically seems to take the brief opening chaos of the ‘Choral’ back into Big Bang territory, replete with random chimes flecking the surface with points of light. There’s an element, too, of Stockhausen, in the way that Cerha gives us a hint of a Beethovenian contour, just enough to get our bearings. Stellar drifts of string harmonics meditate on the Symphony’s initial instability, and in one of the two climaxes, I fancied I heard a germ of the work’s most famous melody. Gilbert and the Leipzig players illuminated the music’s slowly rotating layers and returned it to its elemental remoteness in a beautifully refined dissipation of sound. 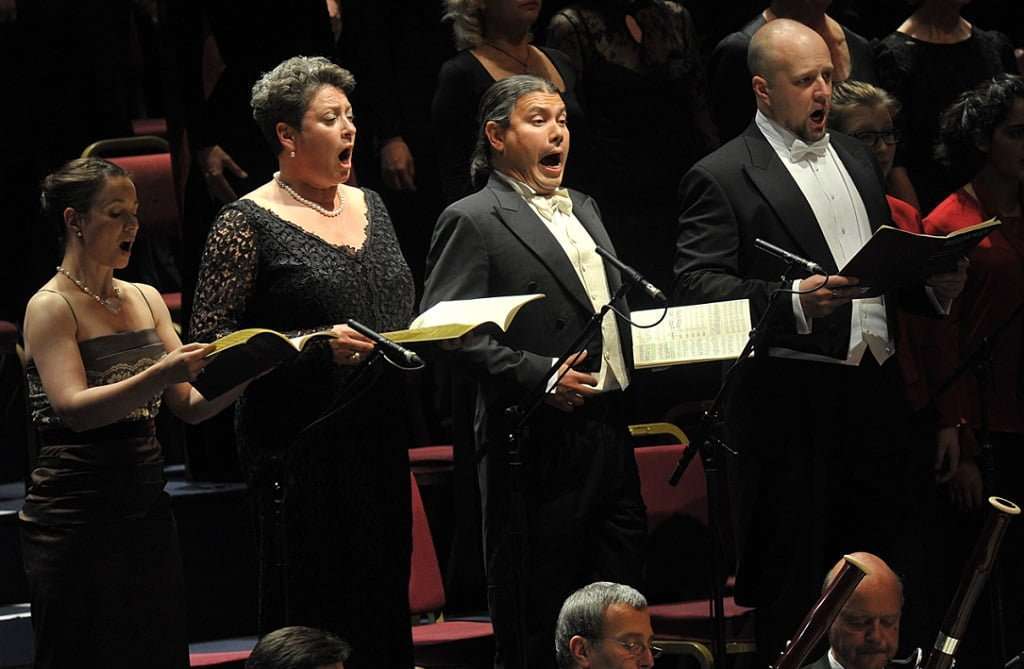 There was the same risk-taking with dynamics in Beethoven’s outer movements, the eventual statement of the finale’s ‘Ode to Joy’ tune subliminal rather than audible. Gilbert favoured light textures and accommodating speeds and, with a sure overview of the music’s process of handing the baton of expression from music to words, the moment of exchange was as right and inevitable as I’ve heard it. In the first movement he kept the dynamic range down, to give its taut structure greater articulation – there wasn’t an inch of fat in the Leipzigers’ playing, in what turned out to be a challenging hire-wire act, taken to extremes in the scherzo (with a full clutch of repeats). How the strings kept any sort of purchase on such a gleaming surface at that velocity is anyone’s guess, but it certainly showed off the intricate rhythmic games going on in the woodwind and the all-important timpani.

In the Adagio’s variations, and to time-suspending effect, Gilbert managed Beethoven’s double-act of increasing activity yielding ever-greater stillness with a sure hand, and how the music’s dips in and out of triple-time heightens the sensation. In Gilbert’s context, the martial eruptions became a wake-up call to the finale, Mahlerian in its prescience. For the finale itself, the quartet of vocal soloists were placed with the four choirs, but as far as Dmitry Belosselsky was concerned, he might just have well been in the Arena with the Prommers, such was the footlight-crossing directness of his singing. Gilbert had built to this moment, as radically theatrical as, say, the trumpet calls in Fidelio, with an unerring sense of focus, and the result was thrilling. Ditto, Steve Davislim’s “Froh, froh, wie seine Sonnen” solo, with inimitable Bierfest support from the orchestra. Building on her considerable contribution in Mahler 3 the previous evening, Gerhild Romberger united the ensemble, and Christina Landshamer sailed with ease into the vocal stratosphere. The choirs, all four singing from memory and with incredible attack and a heartfelt engagement with Beethoven’s message, crowned this magnificent performance – the ‘Choral’ as it should be.