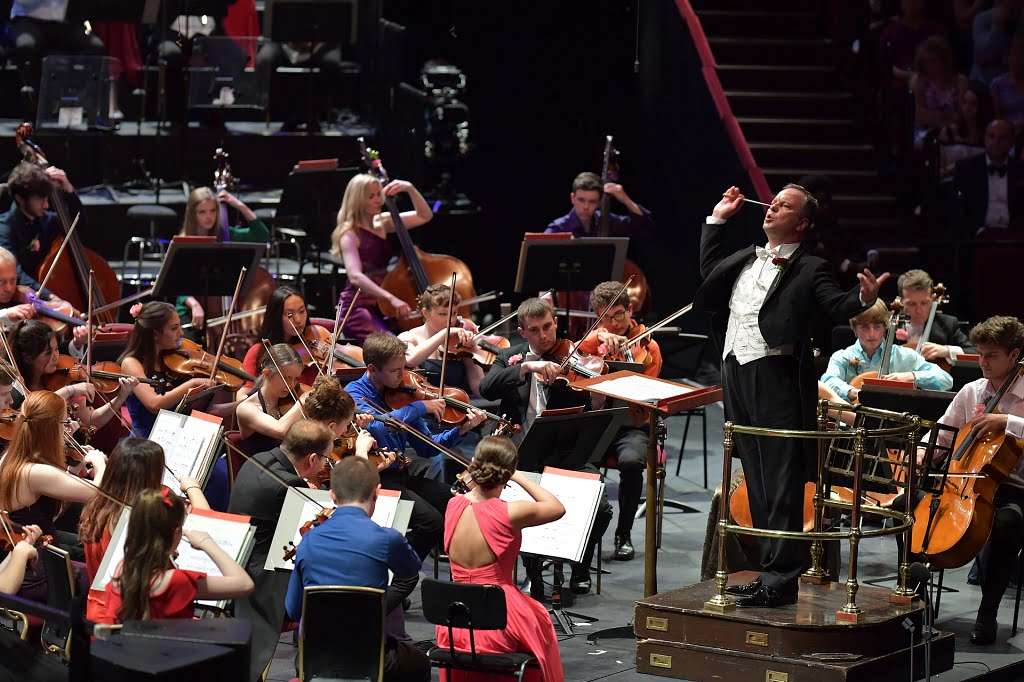 With “Remain” campaigners handing out EU flags and hoping to hijack the Last Night celebrations on one side, and 10,000 Union-flags freely distributed by “Brexiteers” on the other – for the street-traders, who usually sell flags for the event, this Last Night of the 122nd season of Proms was a disaster and more of a washout than for those attending an unusually wet Hyde Park Proms event across the road.

But inside the Royal Albert Hall, despite what had become known as “flag-gate”, it was a vista of decorations from many countries, including Peru, in honour of Juan Diego Flórez, though there remained a predominance of red, white and blue.

A project to bring young musicians from around the UK to perform at the Last Night got a deserved ‘thumbs up’ for the BBC Proms Youth Ensemble (augmented by members of the BBC Symphony Orchestra) that dispatched Tom Harrold’s rhythmically challenging Raze with aplomb. Harold’s eminently approachable piece, “a collage of angular musical moments” – to clear the way, overthrow or knock down – was just what the five-minute piece did; a carnival-like overture that promised much from the start and delivered right up to the very last bar. 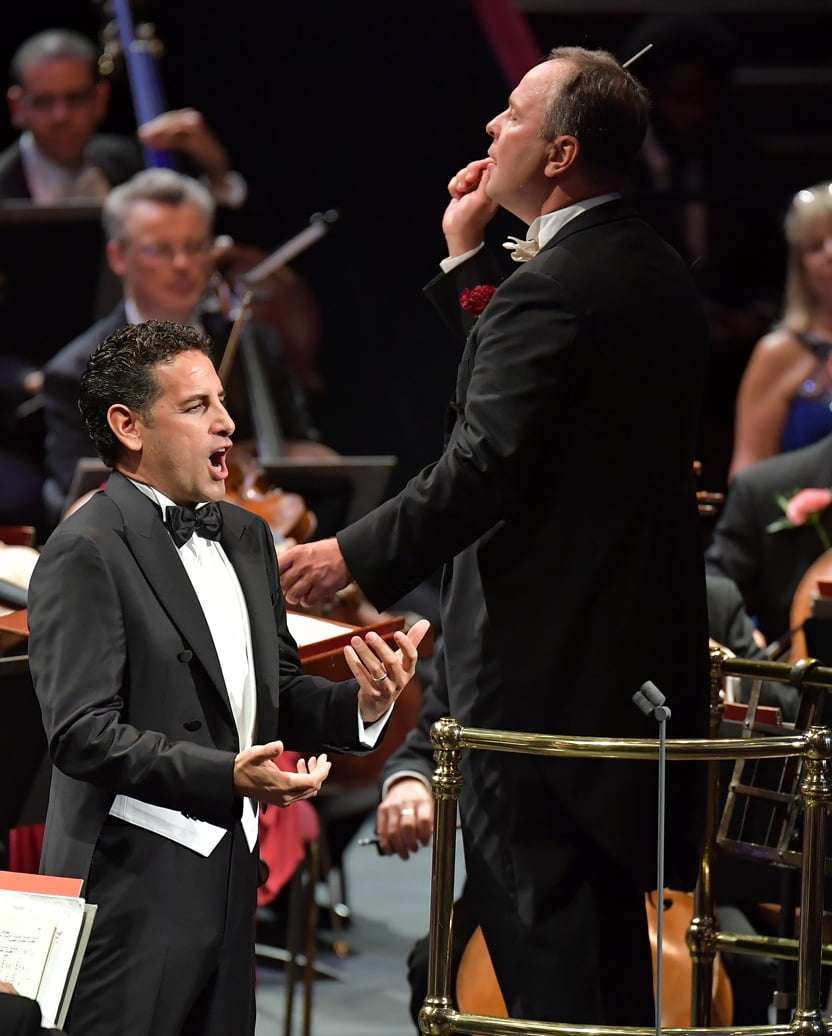 After a longer than usual pause to allow the demob of one group and the deployment of the BBCSO, the plaintive clarinet opening to World War One-killed George Butterworth’s swansong The Banks of Green Willow emanated from hushed depths. In a performance that covered all the bases in terms of the notes yet failed to set the emotions racing, the BBCSO took time to find its musical feet. Not so for Borodin’s Polovtsian Dances, sometimes at such a breakneck speed that chorus and orchestra alike did well to hold on. Despite a few frayed edges (tambourine and trombones in the second section) this was an exhilarating account.

Humour is never far away at a Last Night and Britten’s Matinées musicales gave Sakari Oramo the opportunity to show his innate comic timing in a reading that was stylish and delicious in equal measure. The ‘Nocturne’, inspired by Rossini’s La pesca, received some spontaneous and justifiable applause for celesta soloist Elizabeth Burley. It was quickly followed by a waltz that oozed Viennese opulence.

Jonathan Dove’s Our revels now are ended – the first of two pieces this evening to commemorate Shakespeare 400, a feature of Proms 2016 – is a chorally idiomatic composition heard here in the composer’s new arrangement with many more voices and a larger orchestra than the original. It sets Prospero’s final words from The Tempest. A hushed baritone, here Duncan Rock, opens the piece, evoking “spirits melting into air” before the chorus repeats Prospero’s lines in Italian, French and German. 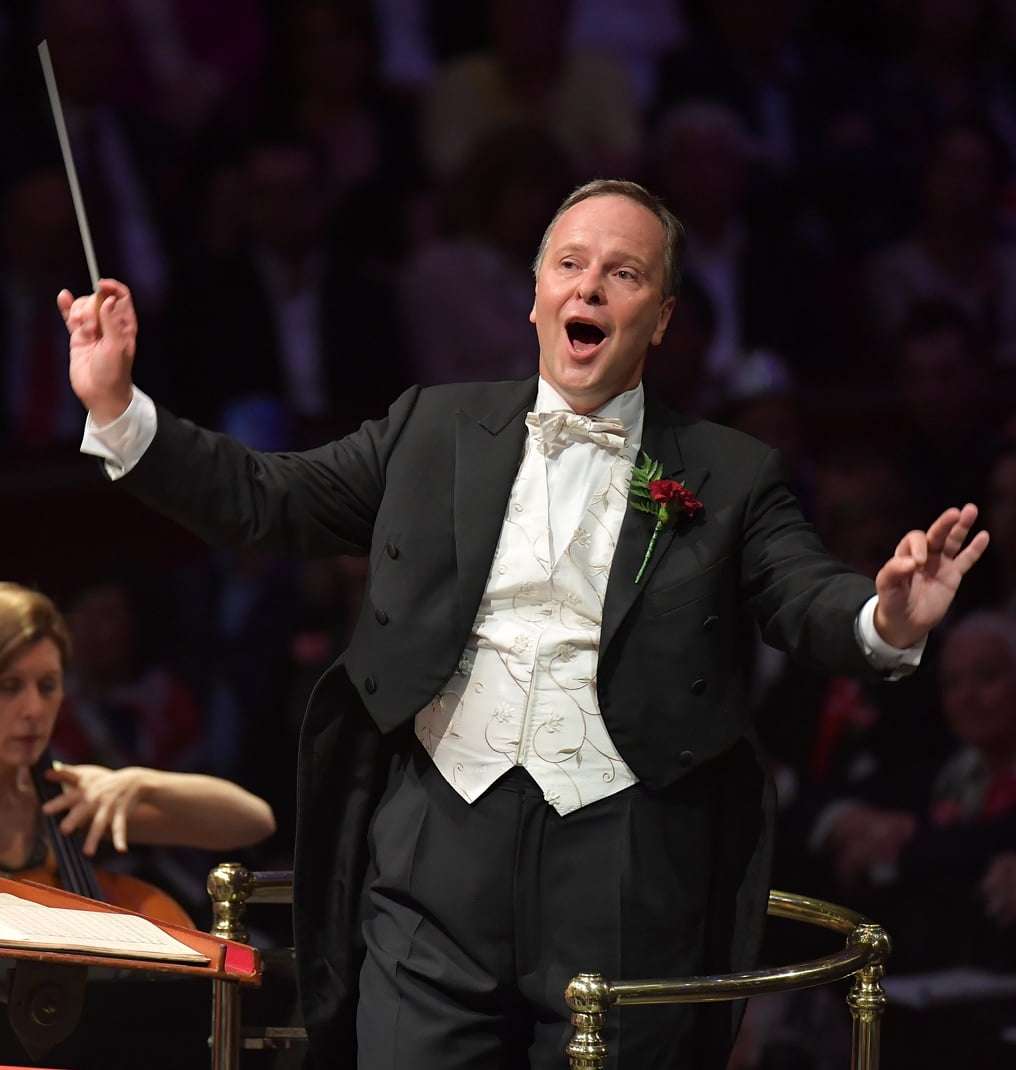 The other setting of Shakespeare comes from The Merchant of Venice. Vaughan Williams wrote Serenade to Music in 1938 to celebrate fifty years since Henry Wood’s first concert. Wood had the idea of a piece involving sixteen singers with whom he had a long-standing relationship. With today’s sixteen student soloists standing behind the orchestra the voices seemed remote; however Oramo, ever-attentive, never allowed the orchestra to dominate.

Adding to the sometimes surreal comedy that has infected Last Nights, Flórez sang the love-song ‘Piel Canelato’ (in Anne Dudley’s arrangement) holding a Prommer-donated Paddington Bear and took deadly revenge upon a balloon in Donizetti’s ‘Ah! Mes amis’ and then dressed as Manco Capac (founder of the Inca civilisation) to perform ‘Rule Britannia!’ – but that was all in the second half, when things are generally a little kooky. First-half performances were however sublime, the Offenbach in particular, showcasing this tenor’s flawless lyrical qualities. 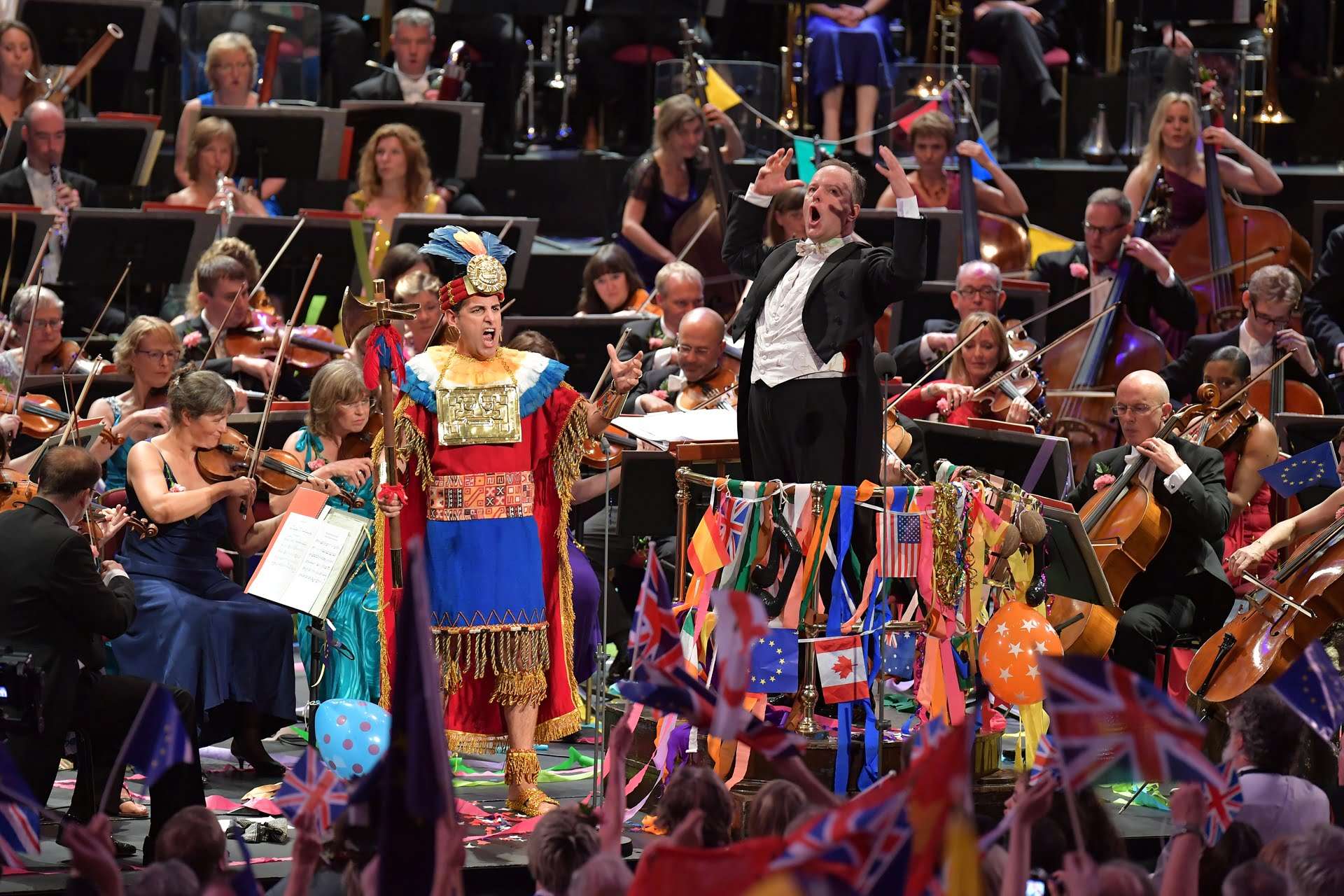 The usual trio of Henry Wood’s Sea-Songs, Elgar’s Pomp and Circumstance March (‘Land of Hope and Glory’) and Parry’s Jerusalem brought proceedings to a glorious end. In the Hall we had the addition of footage streamed from around the various Proms in the Parks.

£112,000 has been raised for musical charities this year, more than 300,000 people attended this Season, and there was much activity on Social Media. In his speech, Sakari Oramo pleaded that we should celebrate the way that music unites us. Was this aimed at campaigners for and against the UK leaving the EU? Perhaps; however it does draw a line in the sand to say that the Proms festival is much bigger that any provincial squabble. Proms 2017 starts on Friday July 14.