Orchestra of the Age of Enlightenment
Lawrence Cummings (harpsichord) 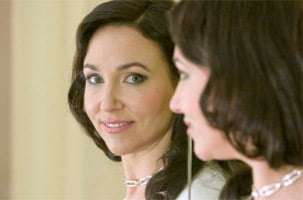 Lots of room in the Arena and surprisingly a lot of spare seats for this first Proms outing of Handel’s great oratorio, here given by a fine cast of singers and one of the best period-instrument groups.

Performances of Judas Maccabaeus have become increasingly rare over recent years for a piece that once rivalled Messiah in popularity – but this thrilling account, with its terrific choruses and arias that range from the tragically reflective to the jaw-dropping virtuosic and a wide-ranging orchestral palette that makes one hear Handel rubbing his hands with glee, reminded that far from being a nationalistic soap-opera with a flimsy plot and a truly awful libretto, the piece shows the “Great Mr Handel” at the height of his powers.

After a wonderfully spirited and energetic Overture the Royal Albert Hall once again demonstrated that it is not the kindest of venues for solo singers, especially in music of this kind. Even the experienced team taking part here took some time to find the right balance and not have their voices swallowed up by this most unhelpful of acoustics. Mercifully not having to do battle with the usual bronchial attacks and mobile phones (this must have been one of the quietest Proms audiences in a long time), once settled there was some stunning singing. 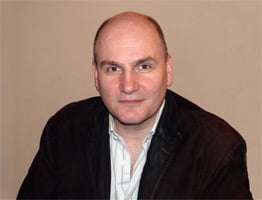 Judas himself has the most famous aria in ‘Sound the alarm’ which sounded suitably heroic, but it was ‘How vain is man’ in the middle of Part 2 that would have stopped the show had not the conductor very sensibly kept things moving. Quite how John Mark Ainsley negotiated those jagged lines, fiendish runs and quite bizarre intervals with such flair and not a little humour, is cause for wonder – a dazzling piece sung by an extraordinary singer.

There was a similar moment, but creating a very different atmosphere at the beginning of Part 3 – Tim Mead’s beguilingly beautiful countertenor emerging out of silence in ‘Father of Heav’n’. He dared those in the audience to move. They didn’t! The female soloists were at their best in the duets, in particular the ravishing ‘Oh lovely peace, in which soprano and mezzo were accompanied by two flutes. Alastair Miles, standing in at short notice for Christopher Purves, brought gravitas and exemplary diction to his arias.

The OAE was on top form with some marvellous solos – David Blackadder’s subtle trumpet obbligato to ‘With honour let desert be crown’d’ being a highlight, together with some remarkably flexible and sympathetic recitative accompaniments led by Lawrence Cummings at the harpsichord, joined by cellist Jonathan Manson and Chi-chi Nwanoku on double bass.

Final and perhaps greatest plaudits should go to the chorus – a big claim, but I can’t think of a time when I’ve heard a better performance by any choir of any Handel oratorio! The credits listed several singers who are distinguished soloists in their own right. That does not necessarily a good choir make, but it would have been difficult not to pick out every single word. I cannot imagine the range of dynamics, light, shade and attack being bettered – just wonderful.