With more rhythmic dynamism in one bar of each of these works than in the whole of the Pet Shop Boys’ Prom the previous evening, Valery Gergiev and his performers resurrected the power of music from the turgid 4/4 of what had gone before. Note to Neil Tennant and Chris Lowe: please listen to some Bartók, Shostakovich, Brahms, Janáček or John Tavener – 12-tone rows et al – before you come back to the Proms. 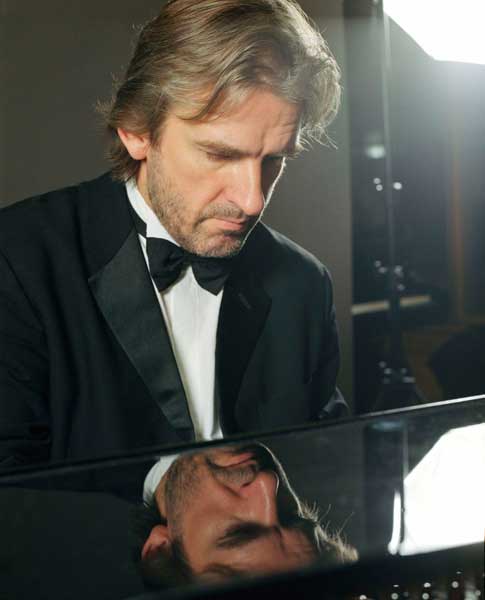 Even though the opening tutti of the Brahms (in 6/4!) sounded rather opaque and slowed too glacially before Barry Douglas’s first entry, it was the piano that was the clearest. Although Gergiev and Douglas rarely regarded each other, this seemed a well-prepared and well-matched performance. After the Herculean opening movement, all power and tension, the Adagio (again in 6/4…) brought a reverie of stillness, especially in the soloist’s unaccompanied section, where dreamy triplets start a chromatic descent that seems to be conjured from another world. Time, quite properly, seemed to be suspended here in Douglas’s hands, the silence from a packed Hall heightening the music’s effect. The finale built up a fine head of steam, led from the front by Douglas, even if it encouraged Gergiev to expand his breathy exhortations to strangulated vocalisations which I’ve termed, onomatopoeically, ‘neeping’ (or, perhaps, in Russian, ‘nyeeping’). So, on the whole, an involving account, thunderous where it needed to be and, under Gergiev’s control, orchestrally hushed and luminous. No competition, however, for Emanuel Ax and Bernard Haitink (2012), nor Alfred Brendel and Klaus Tennstedt (1990).

Having said that, the Brahms was largely eclipsed by Janáček’s Glagolitic Mass. With the addition of two harps (behind the cellos and aside the double basses on Gergiev’s left), an array of percussion – with three sets of timpani – and extra brass and woodwind, let alone Thomas Trotter at the organ console, surrounded by the London Symphony Chorus, which spilled out by a row on to the stage, before which were placed the four soloists, Gergiev opted for Paul Wingfield’s 2008 reconstruction of Janáček’s original 1927 version. 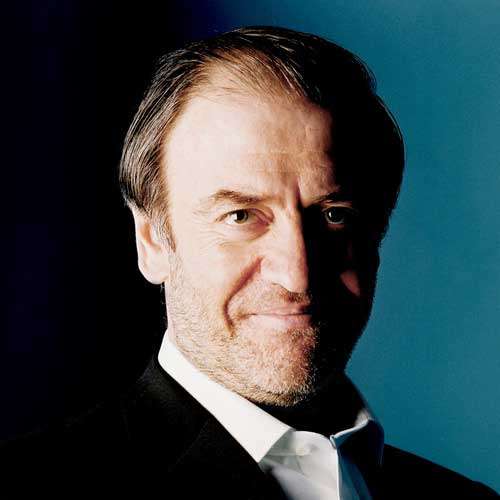 Now – here it gets complicated – this was not a Proms premiere, as Boulez had already introduced Wingfield’s edition in 2008, and subsequently – at the First Night in 2011 – Bělohlávek gave us an even newer edition of the original by Jiří Zahrádka (dated ‘September 1927’ and produced really only as a supplement), which differs in a number of ways from Wingfield’s. The choice is each conductor’s, but even though Mackerras latterly favoured Wingfield, it doesn’t necessarily follow that it – or, indeed, Zahrádka’s supplement – will supersede Janáček’s authorised published version of 1929. That removed the opening ‘Intrada’, and revised the poly-rhythms and time-signatures for practical purposes (for example, the third movement, ‘Gospodi promiluj’, was originally in 5/4 and was revised into 2/2).

So it was good to hear Wingfield’s version again, with its two orchestral movements to open, and with the repeat of the ‘Intrada’ to end. Gergiev brought with him a quartet of vocal soloists from his Mariinsky Theatre. With vastly unevenly shared parts, it was luxury casting for Yulia Matochkina and Yuri Vorobiev, with the lion’s share of the solos given to the soprano (Mlada Khudoley) and tenor. Mikhail Vekua invested the latter part with strident fervour. Simon Halsey had marshalled the London Symphony Chorus with his customary style, and collectively they coped with both the Old Church Slavonic and trickier than usual parts with conviction. Thomas Trotter leapt on his contributions.

Certainly this vibrant, brass-blazing (the concert dedicated to the recently late Rod Franks, the LSO’s principal trumpet for 25 years), timpani pounding and vocally scintillating performance under Gergiev at his most persuasive made – for an instant, at least – the best possible case for Paul Wingfield’s edition.