Kirill Karabits brought a Ukrainian countryman with him to open this Prom, Ivan Mazepa, the seventeenth-century ruler of the country. Two centuries later, with an extra ‘p’ gained and Victor Hugo having romanticised and altered the facts, Liszt set the Chief Cossack’s tale to music for the sixth of his thirteen symphonic poems (and was further aided by Lord Byron’s version of events). Ivan – determined if failing to rid his people of the Russian yoke – is for Liszt’s fifteen musical minutes the subject of a three-day ride tied to the back of a wild horse. However articulate the Bournemouth Symphony Orchestra’s playing, it was short on tension and danger. And if the trombones are required to play “forcefully” during this score, here they obliterated the strings, which were but a vision of activity. The trombones of Liszt’s day were much-less fortissimo-capable than their modern counterparts. Simple really! The quiet and spare music – which triggered a ‘Mexican Wave’ of coughing – may have been eloquently turned but lacked any sense of narrative. If the trombones hoovered-up all before them, so the guy on the cymbals was blatant, making a noise that palled long before he stopped. Of course, Liszt wrote them in and he overdosed in doing so. No doubt we got exactly what Karabits wanted – although less would have been more – but balances were ill-considered at times and the performance signified little. Seven months ago, a fizzing performance, aflame with imagery, from the LSO and François-Xavier Roth set a standard in this music that this Bournemouth account couldn’t erase.

Rachmaninov’s Second Symphony was here a concerto for the four horns the composer scored for plus the extra one that the BSO brought along. Time and again these instruments overly dominated, often covering more-important lines; again, one presumes, such highlighting was exactly what Karabits asked for, but it was at the expense of other layers and became wearisome as early as the start of the first-movement’s development section when Marieke Blankestijn’s violin solo was swamped by these instruments’ gurgling sounds. As a conception of the symphony, Karabits was admirably unindulgent – in fact the slow movement could have done with greater space, which Kevin Banks’s clarinet solo would have benefitted from – but the conductor had a conspicuous lack of emotional contact with the soul of the work, to the extent that the glorious big tune of the scherzo was plastered on and seemed gratuitously extravagant rather than growing from within. For all that there was plenty of spirit, neat playing and, horns aside, well-marshalled detail, this was an uninvolving and dispiriting performance that proved a long haul, but those all-consuming horns, every gush laid bare, also imbalanced with the strings, which lacked for heft, lustre and amplitude; comparisons may be odious, but, two Proms evenings earlier, the Royal Stockholm Philharmonic’s bowed sections left a burnished impression not currently within the gift of their Bournemouth counterparts. On the final chord of the work, and typically for this concert, Karabits jumped around to grin at the audience – may he soon grow out of this affectation. 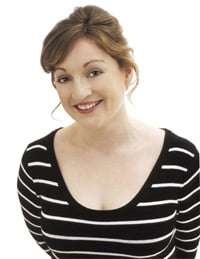 We probably don’t think too often about the music that Reinhold Glière (1875-1956) left us beyond the ‘Ilya Murometz’ Symphony and ‘Russian Sailor’s Dance’ from The Red Poppy. The Concerto for Coloratura Soprano (1943) was created for Debora Yakovlevna Pantofel-Nechetskaya and conformed to the State’s dictate that composers should write music of “reassuring comfort” (this was, after all, the height of World War Two). Well, Glière did that alright and duly won a Stalin Prize. Yet, the two short (if seeming longer) movements really are irredeemable in their triteness. Fair play to Ailish Tynan for learning the work (it also attracted Joan Sutherland and appeals to Natalie Dessay) – consisting of a first movement that too easily recalls Rachmaninov’s Vocalise but with much less distinction, followed by a kitsch-ridden waltz that Ivor Novello might have penned – and for bringing off this word-less high-wire act with such brilliance and dexterity. She also took the optional and glass-shattering top F at the close. This is a harmless enough piece but with very little to engage – beyond in this instance Tynan’s superb display, tactfully accompanied, the music prompting a member of the audience to recall the ‘Wishing Well’ song from Walt Disney’s version of Snow White.