The third of this season’s four Composer Portraits was devoted to the music of Kevin Volans. Born in South Africa in 1949 Volans since 1994 has been an Irish citizen. He studied with Stockhausen and Kagel and now describes himself as an “anti-conceptual” composer and seems to relish composition as something unpredictable. The three-work Portrait opened with Asanga, for percussion. We warned it would be loud. It was! Very! My ears were ringing several minutes after Barnaby Archer’s skilful performance – and I was sitting towards the back of the auditorium. Archer might have played with more appreciation about this very immediate and vibrant acoustic, for Asanga (“freedom from attachment”, something of a motto for Volans) eventually seemed gratuitous, and surely it is the responsibility of a performer – the composer present or not – to tailor a rendition to suit the circumstances. There was a recognisably and fascinating African connection here in the piece’s ceremony and its rhythms, and some later intricacy was welcome as a diversion from the thumping; yet, even at seven minutes, Asanga seemed too long and one wished further the high-pitch shrill-sounding metal percussion. This seems outdoors music and was not ideally programmed inside. Volans’s 1,000 Bars is a precise title. Violin, cello and piano/four hands is the scoring, the strings muted it seems (sounded like it). Too-similar gestures and timbres made for a listen longer than the eight minutes, an exercise, with the machine-like progression recalling pieces by Conlon Nancarrow. 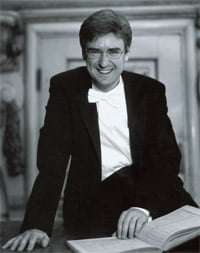 Tom Service was the host, a brilliant devil’s advocate at probing what seem to be Volans’s uncertainty as to what his music is about and what he is aiming for as a creator. Certainly he himself appears to be a man of contradictions or at least giving that impression when put on the spot, and Service was on to something – or maybe Volans is on a musical journey that he is not as-yet totally sure about travelling, let alone arriving at a destination. String Quartet No.10 continued to give no clue. Presently in one movement (the second is withdrawn), interest in its furious insects-buzzing effects (reminding of Bartók but without his inimitability) faded in a thrice and the slower reflective passages lacked for any distinctiveness; nothing for heart or head. Without exception the performers from the Royal Academy of Music gave their all. 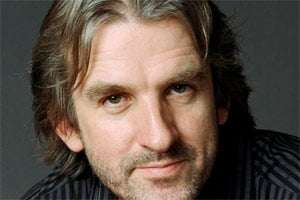 As for Volans’s Piano Concerto No.3 in the ‘main’ Prom, its clangourous opening was arresting, and if doubts at various points were raised as to whether this composer is a functional Modernist or a lots-of-notes-missing Minimalist, there were some engaging sounds and exchanges across this 22-minute piece, enough to require a second listen. Yet even over this relatively short length, those actions that initially attracted – the double basses’ ‘croaking’, for example – were overdone and lost their novelty. But one admired the energy and iridescence of the music’s quickness (particularly around the concerto’s mid-point). If there was the perception that the work is a procession of incidents rather than a growing organism, there did at least seem to be a sense of coming-together in its final stages (fuelled by a fusillade of bass and military drums, which also became unwelcome in their repetition), but the work proved to be unresolved and simply stopped in mid-air. Barry Douglas was great, playing with complete technical brilliance and conviction the Messiaen-like treble writing, and clock-working within an inch to an assured BBC Symphony Orchestra. Yes, would like to hear it again.

Thomas Dausgaard was replacing the not-well Jiří Bĕlohlávek. The Dane did remarkably well to take on the Volans at short notice and seemed to have mastered its intricate workings. The opening item, the Wagner, began impressively, well-balanced, well-marshalled, with some finely observed dynamic changes, but it became overblown, woodwinds submerged by brass and strings, Wagner’s characterisations swamped by orchestral force. Liszt’s La notte, beginning with Götterdämmerung-like timpani strokes, has its Faustian moments during this nocturnal vigil, and a palpable personal sadness within the composer’s recognisable expression, yet it didn’t quite make the impression it can. After the interval, Brahms 1 opened urgently and passionately (some in the audience around me were more intent on making their own noise though) but Dausgaard made the exposition repeat seem superfluous and returned it with a whimper, and over the symphony’s course his fluctuations of tempo failed to convince – suddenly faster here, grinding to a halt there, over-rhetorical in the triumphant coda – a breaking of Brahms’s ‘through-line’ that was exacerbated by intrusive clapping after the first two movements. (Boult saw this work whole, not least with this orchestra in this hall during the 1976 BBC Proms.) There were though sensitive solos in the second-movement Andante from oboist David Powell and violinist Stephen Bryant. Exciting though this performance might have been, it seemed manipulated on the surface to appear so, and the prominence of the horns – five supersonic models versus Brahms’s four lower-volume instruments (‘bumper’ aside, this quintet did play together at times and overwhelmed in the wrong way) – disrupted any sense of good balance. But, overall, there wasn’t a huge amount to suggest that this account was going to inveigle itself into our consciousness.