Dvořák’s Cello Concerto has been performed twenty-four times at the BBC Proms but this was a first complete outing for Smetana’s Má vlast. Libor Pešek got closest in 1989, offering four parts of the cycle. This Proms ‘first performance’ of the complete work was well worth the long wait. 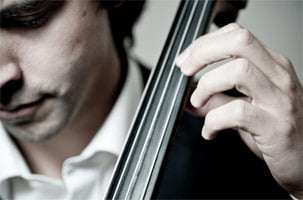 Dvořák’s Cello Concerto has enjoyed many distinguished performers at the Proms including Anthony Pini, André Navarra, Pierre Fournier, Jacqueline du Pré and Heinrich Schiff, and, perhaps most famously of all, Mstislav Rostropovich on the day in 1968 when the Czechs awoke to find Soviet tanks occupying their country. Jean-Guihen Queyras is a fine player who has recorded the Dvořák with Bělohlávek and they clearly enjoy the closest rapport. However, for all the many felicities, and there was much to admire, one was left emotionally short-changed by this Proms performance. Queyras is an outstanding chamber musician – not surprisingly since he is a member of the superb Arcanto Quartet – and, complemented as here by a conductor whose understanding of this score is second to none, there was a rare intimacy about this reading, woodwind detail beautifully dovetailing with the soloist, balances effortlessly achieved, and a finale which flowed unerringly forward. Queyras’s encore perhaps provided part of the answer as to what was missing in the main work. The ‘Sarabande’ from J. S. Bach’s D minor Cello Suite (BWV1008) was treated with an introspective delicacy that might have been in place in the music for viol by Marin Marais but lacked the assertiveness brought to Bach by the greatest cellists. 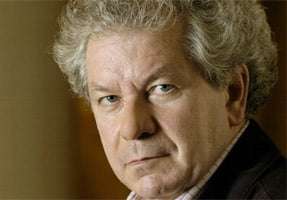 Má vlast (My Country) took us to a completely different level. In this account of the six symphonic poems played as the intended cycle, the outstanding feature was the sheer quality of those parts which are generally deemed to be the weakest. ‘Vyšehrad’ and ‘Tábor’ emerged at least as enthralling as ‘Vltava’ and ‘From Bohemia’s Woods and Fields’. To hear the opening of the former with no less than four harps, superbly phrased, was remarkable sonically, but no less notable was Bělohlávek’s pacing which drove it forward to a climax of real intensity. ‘Vltava’ was equally distinguished by its forward momentum – swift, swirling flutes, sudden eddies in the strings, and even the moonlit nymphs were observed as if from the centre of the stream; with ten double basses and a very present bass drum, the rapids of St John were a white-knuckle ride. ‘Šárka’ reminded that, with eight operas to his name, Smetana was above all a man of the theatre. Seldom has that moment where a horn signals the massacre of Ctirad’s army or the weeping clarinet solo that follows sounded more theatrical. By contrast, ‘From Bohemia’s Woods and Fields’, although closely and lovingly observed, seemed a little straitlaced so that when the polka finally erupted it did not have quite the explosively uninhibited kick that characterises the most distinguished performances.

Perhaps Belohlávek’s most remarkable achievement (he conducted without a score and knows every nook and cranny of it) was to cap the performance with magnificent accounts of ‘Tábor’ and ‘Blaník’, which left the feeling that they are fully the equal of what has gone before; aided by a thunderous timpani contribution from John Chimes and some precisely calibrated string playing, ‘Tábor’ had a smouldering fire that recalled the eruptive power of Mendelssohn’s ‘Reformation’ Symphony whilst the evocative central episode of ‘Blaník’ was suffused with an powerful sense of nature’s transient beauty in which time stands still. In the wrong hands Má vlast can seem like a long listen with an excess of patriotic breast-beating; here it was a voyage of rediscovery given with the intensity of first love.