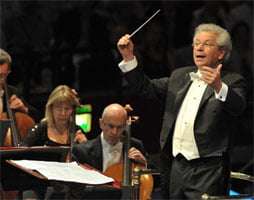 A Roger Wrightian sense of humour paired Brahms and Liszt together – cheers guys – to help open BBC Proms 2011. Greater inebriation was needed in Academic Festival Overture, a soft-grained account with overloud trumpets and thin-sounding violins, Jiří Bělohlávek dotting Is and crossing Ts but missing the swing, sparkle – and, yes, fun – this piece can yield. Decent enough, but then arrived the reason for the “arr. Malcolm Sargent” tag – his addition of a chorus for the words of ‘Gaudeamus igitur’, its tune normally happily rounding-off this thank-you work to Breslau University in resplendent orchestration. Still, with no wish to party-poop, let’s just say that Brahms knew best and that Sargent’s appendage is pointless. Moving on… 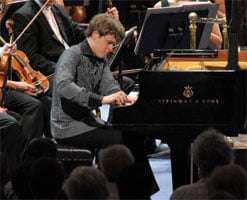 We then welcomed Benjamin Grosvenor, who turned 19 just a week before this concert, at which he became the youngest-ever Proms First Night soloist. He gave Liszt 2 a terrific outing. From the woodwinds’ beguiling opening invitation, responded to with much poetry by Grosvenor, through to the high kicks of the grandstand coda, there was a strong partnership between pianist and orchestra, Bělohlávek brokering a detailed and obliging accompaniment. He and Grosvenor appreciated Liszt’s cyclical procedures and bound them tautly and expansively into an inevitable whole. Graham Bradshaw’s cello solo was particularly lovely and Grosvenor himself delighted with his sensitivity – his quiet playing magically intimate, the Royal Albert Hall recoiling to the size of Wigmore Hall – the pianist never fazed by the occasion or the space he was playing into. Grosvenor does virtuosity, too, without banging loudly, indulgence, exaggeration or self-aggrandisement. Indeed it was his youthful maturity underpinned by a happy marriage of innate musicianship and secure technique that made Liszt’s bravura, and nocturnal reverie, so rewarding on this occasion. As an encore, Grosvenor offered a Brahms Hungarian Dance as arranged by Cziffra, pure showmanship on the latter’s part if preserving Brahms’s shape and contours, Grosvenor bringing an easeful prestidigitation that never crossed the line into empty display.

Otherwise it was Janáček all the way, including from Judith Weir, whose three-and-a-bit-minute BBC commission, a companion to Glagolitic Mass in terms of scoring (excepting what Weir curiously referred to as “the most inaudible” instruments, such as harps and celesta) and which made for a welcome opening in terms of newness, its slightly gnarled celebration cued by three sets of timpani and brass, the choral lines (settings from George Herbert’s Man) more than glancing to Walton and disturbed by jagged interjections. The organ drowned out the brass on the final chord. In context Stars, Night, Music and Light worked well enough, but this is a very occasional piece. 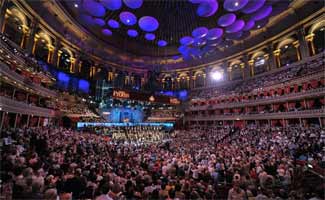 Janáček’s so-original – for once “unique” can be justifiably used – Glagolitic Mass (utilising Old Slavonic/Cyrillic texts) was given in the very precisely dated version that the composer went on to alter before the first performance that took place a few months later. The earlier manuscript is more of a risk-taker and gives an even stronger profile to this cosmic creation. Bělohlávek made no concessions to its cragginess, the performers savouring the music’s savage and starlit contrasts and those awkward if irresistible turns of phrase which pulsate and chant so intensely. John Chimes played a blinder as lead timpanist, David Goode opened out the throttle of the Albert Hall organ for the instrument’s zany Doctor Phibes-like contributions, Hibla Gerzmava (standing where the mezzo should have been) and Stefan Vinke dealt fearlessly with Janáček’s challenges – she ecstatically, he heroically (the other two solo singers have negligible roles) – and the haunting off-stage appearance of three clarinets (jettisoned by Janáček before the public heard his smoother re-working) was perfectly delivered from on-high, the RAH once again demonstrably ‘shrinking’. Choral singing was exceptionally well-prepared and the BBCSO relished Janáček’s biting instrumentation while dropping the odd stitch.

This was an intoxicating performance of magnetic and hypnotic music that embraces passionate penitence and Pagan splendour. We sweltered through it, and survived – emerging fighting-fit for the remaining 89 concerts!