Handel
Rinaldo – Opera in three acts to a libretto by Giacomo Rossi after Tasso’s Gerusalemme liberata [semi-staged; sung in Italian]

Orchestra of the Age of Enlightenment
Ottavio Dantone (harpsichord) 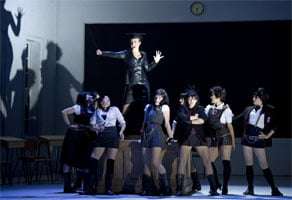 So preposterous is the plot of Rinaldo that would-be directors have their work cut out in order to save one of Handel’s warmest scores from 21st-century derision. This tale of hocus-pocus among heroic Christians and wicked Muslims needs a shrewd production just to make it palatable, let alone credible. Robert Carsen certainly has the Handelian credentials for the task with a record of fine productions that includes a superb, much-travelled Semele which graced English National Opera a while back; however, to judge from the evidence of this realisation by Bruno Ravella (going way beyond mere semi-staging), Carsen’s touch has deserted him. His solution to his dramaturgical dilemma has been to lace the opera with irony and ladle-on the sight gags in the hope that audiences will laugh with rather than at it. 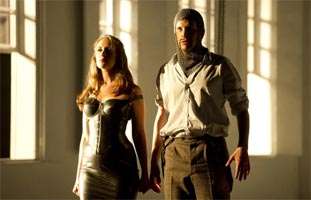 The 1950s’ dormitory setting reduces heroic characters to public-school twits and undercuts not just their dignity but also their ability to touch our hearts through music. The director’s brainwave is to represent Rinaldo as a thwarted schoolboy dreaming of heroic deeds and derring-do. It’s an idea that works well in theory but it also requires Handel himself to play ball over the course of three-and-a-half-hours, and unfortunately for Carsen the composer fails to share his perspective. The result, in this Proms performance, was an opera whose emotional heart had been castrated by its director – never more so than when Anett Fritsch had to deliver Almirena’s aria of despair, ‘Lascia ch’io pianga’, dressed as a geek in school tunic, straw plaits and specs. Poor Fritsch: she sang like an angel and looked like an idiot. Even though isolated moments in the production worked well (there were inspired set-pieces such as the boatful of Almirena-lookalike Sirens who lured Rinaldo into danger, and the ‘battaglia regolata’ staged as a football match), overall the comic mood was laboured, as though the director felt he had to keep explaining his joke. 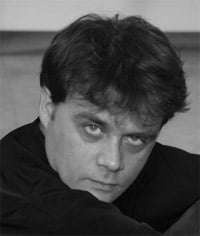 Ottavio Dantone and Orchestra of the Age of Enlightenment rose above the shenanigans with a reading that favoured homogeneity over René Jacobs-style Technicolor. The hallmark of their interpretation was a dominant wash of sweet Baroque strings underpinned by discreet continuo-playing from the harpsichords of Bernard Robertson and Dantone himself. Occasionally the production intruded on their performance, as when Rachel Beckett’s sopranino recorder had to vie with recorded sound-effects during Almirena’s ‘Augeletti’ aria, but such moments were the exception rather than the rule and most of the time it was possible to ignore the over-egged St Trinian’s staging and revel in an evening of outstanding musicianship. 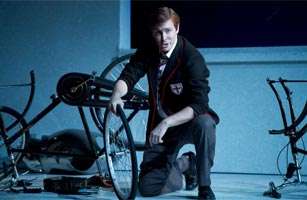 In common with most Glyndebourne productions, every role had been cast with meticulous attention to vocal blend and contrast. As Goffredo and Eustazio, the two Christian leaders, Varduhi Abrahamyam’s mezzo-soprano combined ravishingly with the countertenor of Tim Mead, while the latter’s falsetto colleague William Towers clearly relished his cameo as the Christian Magician (here a mad-haired chemistry teacher, naturally). Luca Pisaroni, the only low-voice singer in the company, was a magnificent Argante; despite the two-dimensional nature of this villain, the Italian bass-baritone’s expressive coloration of ‘Vieni, o cara’ was as moving as it was technically accomplished. Brenda Rae was required to play Armida, his partner in crime, as a dominatrix schoolmarm with a fondness for caning her pupils, yet even she managed to dig out some integrity for her character. As for the title-role, Sonia Prina drew most affectingly on her magical low register to infuse the aria ‘Cara sposa’ with irresistible melancholy. This was the highpoint of the evening dramatically as well as vocally: Prina stood alone, faced the audience from an empty platform and threw herself into a scene of sustained vocal, physical and emotional commitment that will live far longer in the memory than anything else that happened on the Royal Albert Hall’s makeshift stage.