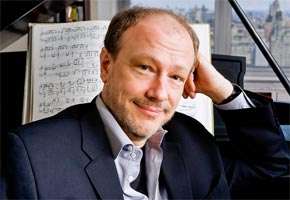 In his bicentenary year Liszt has inevitably been one of the focus points of the 2011 BBC Proms. To complement welcome renewals of the Faust and Dante symphonies Marc-André Hamelin gave a late-night recital whose tag-line was “The Ultimate in Virtuosity”. Happily this did not include the B minor Sonata for, wonderful as it is, this work has become ubiquitous when there is so much else Liszt to choose from. Instead, as introduced by BBC Radio 3 presenter Andrew McGregor, Hamelin drew on Liszt “the illustrator, the organist, the priest and the travel writer.”

To begin with, there was vivid imagery. Few piano pieces before Debussy are as evocative as ‘St Francis of Paola Walking on the Water’. Hamelin purposely trod a fine line between the serenity of the chorale and the turbulence of the waves, the latter often threatening to overwhelm the former. Characteristically the pianist drew attention away from his own virtuosity, a lack of body-movement putting the focus firmly on the music. An important point to stress is that Liszt is about so much more than about virtuosity, using technical demands as a means to writing fiercely original music. Humphrey Searle has noted Liszt to be “more or less a direct link between Bach and Schoenberg” in his Prelude and Fugue on B-A-C-H, and that feeling transpired to the Fantasy and Fugue, originally written for organ but transcribing naturally for piano. The B-A-C-H (H is B natural in German nomenclature) Theme was relentlessly driven home, Hamelin clean in attack and immaculate in pedalling as the Fugue took hold, handling the massive peroration with almost uncomfortable ease.

Performing solo in the Royal Albert Hall brings its own challenges when taking the acoustic into account, and Hamelin met these without attempting to fill the Hall with sound. This proved an effective tactic given that late-night listeners – often so more attentive than ‘earlier’ audiences – were drawn closer to the music. Even the subdued blue lighting proved an aid rather than a distraction, enhancing in particular the nocturnal feel of Bénédiction de Dieu dans la solitude, which was thoughtful and meditative, Hamelin withdrawn in the stillness of the central section. There was a ‘played as written’ feel to the performance, with rubato at a tasteful premium, allowing the melodies their simplicity. The programme-booklet was a stimulating effort, for alongside David Gutman’s continued insight into further listening and reading options there were caricatures and drawings of the composer, a Giordano painting of St Francis and an image of an English wood engraving of Venetian gondoliers, reinforcing Liszt’s compatibility across the art forms.

At a polar extreme to Bénédiction was Venezia e Napoli, which doubled vivid picture-painting with virtuoso display. The sparkling ‘Gondoliera’ floats faded gradually into the distance, Hamelin again judging his pianissimo with an expert’s touch, while the left-hand theme of the ‘Canzone’ glinted at the edges. These two pieces were in effect an antecedent to the brilliant ‘Tarantella’, Hamelin finally allowing himself complete abandon in his fortissimo, the crushing finale stunning in its impact. Hamelin gave two encores, and to in context was careful once again to avoid overt display. ‘Waldesrauschen’, the first of the Concert Études, examined the delicacy of Liszt’s arpeggiated figurations. Then the mysterious patterns of Leonid Sabaneiev’s Prelude (the fifth his Opus 10) were next. Sabaneiev, a pupil of Rimsky-Korsakov and Taneyev, is another remote but worthwhile figure uncovered by Hamelin. This strange piece is Lisztian in concept, however, and complemented a truly enlightening recital in which Hamelin gave us vivid impressions of Liszt’s remarkable soundworld.