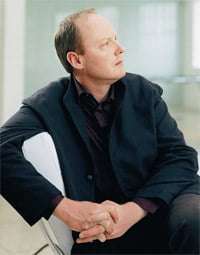 A couple of generations ago, when size was everything, Britain’s amateur choral societies had two trusty stand-bys, Messiah and Elijah. Big shows both, each a knock-’em-flat epic and a good, lusty sing. Gradually, as the march of scholarship led to historically-informed performance-styles, our evolving tastes cut Handel down to size and despatched Mendelssohn altogether; yet here’s Paul McCreesh, a pioneer of the new enlightenment, to show us that with Elijah the Victorians had it right. Around five-hundred performers, including a massive orchestra complete with serpents and assorted ophicleides, gave a performance of it that did indeed knock the audience flat.

A routine Elijah can be a bore, and many a head must have nodded when, two hours in, Mendelssohn’s chorus assures us that “He that shall endure to the end shall be saved”. There was no danger of that here, because McCreesh had the measure both of the work and of his huge forces. He might have been conducting a madrigal, so extraordinary was his attention to detail; moreover, his interpretation was often revelatory, with the heathen “Baal, we cry to thee” emerging as a confident imprecation rather than a frantic plea. The youthful vigour of McCreesh’s choirs ensured a warble-free sing, the choristers’ blend and tonal richness a joy throughout. The only choral disappointment was in Mendelssohn’s sorbet interludes for trio, quartet and double quartet where the singers (drawn from the Gabrieli Consort) over-sang into the cavernous space. 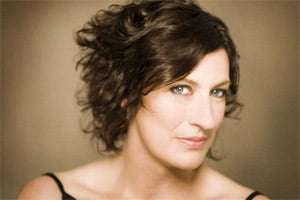 The starry quartet of soloists all had their moments: it was a pleasure to hear Simon Keenlyside engage so dramatically with the title role, even though he lacked resonance in low-lying passages, and Sarah Connolly had a lot of fun with her differentiated roles as the good Angel and the wicked Queen. On the down side, Robert Murray sounded vocally tight while Rosemary Joshua’s vowels at the start of Part Two (‘Haar ye, Aasrael’) were frankly bizarre.

As a sonic spectacular, this was an evening rich in contrasts. While the orchestra’s ninety-odd gut-string players supported the choirs like a millionaire’s feather-bed, William Whitehead used the Royal Albert Hall organ not to bolster the texture but to cut through it in the most thrilling way at climactic moments. Perhaps the most arresting contribution of all came from Jonty Ward, a treble with a rock of a voice whose brief appearance as the Youth had power and self-possession. This Prom was a great event, an exhibition of magnificent musicianship and proof positive that Elijah is back.