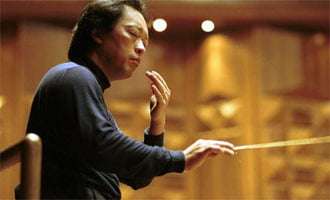 For Pascal Dusapin, BBC Proms are proving to be like the proverbial buses – his first two performances at these concerts coming within ten days of each other. This Prom featured a first hearing in the UK for Morning in Long Island (2010), first in what promises to be a substantial Concert series (the composer’s prolific output often falls into such groupings) and inspired – albeit in an abstract sense – by Dusapin’s first encounter some years ago with the environs of that landmass just off America’s east coast. The outcome is a half-hour piece whose three continuous movements outline a ‘concerto for orchestra’ of great subtlety and resourcefulness.

Marked ‘Fragile’, the first movement is essentially an introduction in its setting out the translucent harmonic and enticing melodic bases through which Dusapin – a protégé of Xenakis as much as Messiaen – has evolved a highly distinctive idiom over three decades. Its overt abstraction is then tempered by fugitive activity from percussion in a brief interlude which leads into the central ‘Simplement’, the lengthy elaboration of ideas so far encountered and whose expressive remoteness is countered by increasingly imposing climaxes where the sizable orchestra – spurred on by solo horn, trumpet and trombone placed around the auditorium and central to the piece’s unfolding – conjures images of an elemental ferocity. From here the final movement, ‘Swinging’, imparts a tangible human presence through an increasingly intricate rhythmic interplay that rapidly draws in the whole orchestra on the way to a propulsive conclusion: nature and humanity brought into visceral accord.

The performance sounded as assured as would be imagined from an orchestra now established as among the finest in the French-speaking world, along with a conductor whose advocacy of new music is second to none. Certainly the Royal Albert Hall acoustic presented this complex yet evocative score in the best possible light. Now in his mid-50s, Dusapin has received only a cursory attention on this side of the channel (notwithstanding a fine account of his breakthrough piece Niobe at the Philharmonia’s Music of Today concerts some years ago), and it is to be hoped that more of his work – not least his operas – will soon find its way onto UK schedules.

Messiaen’s Les offrandes oubliées (1930) proved to be an admirable opener. The 22-year-old composer may still have been working through the influences of an earlier generation – Dukas, in particular, during the brief but aggressive central section – but the remote mystery of the initial section and, moreover, the calm ecstasy of the extended final one could already be by no other composer. Having set down more of Messiaen’s output than any other conductor, Myung-Whun Chung directed a performance that was faithful to the music’s textural and expressive extremes; such contrasts audibly working to the cohesiveness of the work as a whole. 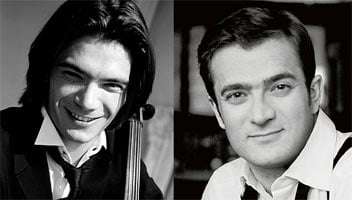 After the interval, Capuçon brothers Renaud and Gautier were joined by Frank Braley (who was replacing an indisposed Martha Argerich) in an incisive account of Beethoven’s Triple Concerto (1804). Normally revived these days as a vehicle for ‘star’ soloists, the piece is heard to best advantage with musicians able to work as a chamber unit – which was (fortuitously) the case here. With a scaled-down Orchestre Philharmonique ideally complementing the trio, and Chung reminding of his skills as an accompanist, the performance captured the lazy energy of the long opening Allegro – in which Beethoven’s division of labour between the trio is a constant fascination – as much as the soulfulness of the brief central Largo then a ‘Rondo alla polacca’ that sees the work on to its good-humoured though, as the coda demonstrates, far from predicable close. Not the most obvious way to have rounded off this concert, perhaps, but a persuasive one all the same.