A long BBC Prom of Russian music; and it felt long too, at times. The juxtaposition of Petrushka and Francesca da Rimini was a really enticing one, but Esa-Pekka Salonen breezed-through Stravinsky’s burlesque ballet with primary-colour relish; a triangle was hit loud enough to suggest the chimes of Big Ben and bass drum bangs were akin to cannon shots. If subtlety was not high on the conductor’s agenda, the Philharmonia Orchestra’s playing was splendid, crisply rendered, even though the cellos sounded thin and tended to be lost in the melee, and there were some other imbalances. Salonen sexed things up beyond need, exaggerating grotesqueries, and even cheapening some passages. It was as if he wished to emulate the extravagantly scored original 1911 version, which would in itself have been welcome, yet he managed to suggest that Stravinsky miscalculated when he reduced the orchestra (still large) as part of the revision. There were excellent solos; Samuel Coles outstanding on flute and matched by the nimbly pirouetting trumpet contribution from Alan Thomas in scene three. The middle tableaux, the internal settings, came off best and which managed a sense of theatre; otherwise the music was tilted towards the merely garish. At least we got the complete ballet with its eerie final section, Petrushka’s ghost and all; no lapsing to the awful ‘concert ending’ that was heard here in 2009 when, ironically, Stravinsky’s ballets were due to be played in full. Czech-mate!

Tchaikovsky’s music isn’t often found on Salonen’s radar. From the off this Dante-inspired fantasia could have been more engulfing in taking us down to Hell. It hung fire (pun intended). Horns stuck out like sore thumbs, negating their presence at the most full-blooded climaxes, yet important quiet details on cymbals were inaudible. When the full tempest arrived, up to speed, quite exciting, there was now undue restraint from the bass drum. There was another solo of note, from Mark van de Wiel, his clarinet impersonation of Francesca was bewitching, but the burgeoning love between her and Paolo, which dragged here, attracted several splurges of ringing mobiles and various noises off. It wasn’t until the return of the storm that greater emotional identification from the performers was sensed, reflecting that from the podium; the brutal coda was suitably grinding and gong-thrashed, but such condemning flames and perpetual emotional torment had seemed less than inevitable. 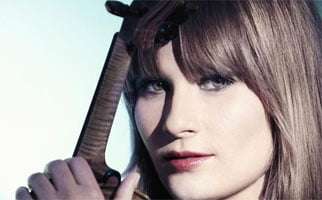 The Shostakovich first half was more engaging. The four-movement Suite from his early (1930, the composer in his mid-twenties) football-related ballet found Salonen fully responding to its chameleon charms, inspiring the Philharmonia Orchestra to bring out its many oblique angles – perky piercing woodwinds, acerbic strings, a fairground waltz (as in Petrushka), a witty ‘Polka’, and a ‘Dance’ of delirious danger; and the lengthy sax-led ‘Adagio’ had its depth and reach fully probed, a precursor of those troubled symphonies to come. In the First Violin Concerto (heard at the Proms last year with Julia Fischer), Salonen and Lisa Batiashvili reunited their DG recorded partnership. Appreciably accompanied, she carried effortlessly through the space of the Royal Albert Hall. The soulful introspection of the first movement was mesmerising in its slowness and remained so when the slenderest of tones and quietest of dynamics were employed. If the ‘Scherzo’ was a little tame and less than visceral, then at least such measure allowed for changes of pulse to register. Timpani overly-dominated to introduce the great ‘Passacaglia’, which Batiashvili initially regarded as serene rather than anguished, but her increasing of tension was magisterial, and the extended cadenza, from loneliness to devilry was seamless and remarkable, the helter-skelter finale (nearly) all that it should be (Salonen went a bit cool when he was most needed). Shostakovich was also Batiashvili’s encore, a novelty waltz for piano arranged for fiddle and strings by her father, himself a violinist. Light and uncomplicated, it added to a night of contrasts, Proms-style.