One of the longest of this season’s Proms was this rather unwieldy three-part affair, loosely based around the commissioning acumen of the great Russian-American conductor Serge Koussevitzky and which featured two symphonies alongside a relatively symphonic concerto and two pieces that for long defined American music.

Interesting to ponder that, 83 years after his First Symphony was introduced at these concerts, a Bax cycle has now been completed with the Proms debut of his Second Symphony (1926). Moreover, a quarter-century since the Fifth was given to a pitifully small house, a sizeable audience gave the present work a warm though hardly ecstatic reception which perhaps reflected its strengths and failings more fully than might have been intended. Scored for large orchestra, the Second is in many ways the most exploratory of Bax’s seven symphonies – the often abrupt and unpredictable mood-swings reflecting its composer’s undergoing what would latterly be termed a ‘mid-life crisis’ not only in terms of personal relationships but also as regards his role in an era when extended tonality was outflanked by serial thinking on one hand and by neo-classicism on the other. Bax confronts these merely apparent poles in a work itself embodying seeming opposites – the ‘E minor and C major’ that underpin its diverse tonal ground-plan. It makes for a journey absorbing yet (and pace John Pickard’s persuasive programme note) frustrating in equal measure because, for all the music’s evident resourcefulness, its primary motifs are more gestural than germinal and its melodic writing impedes rather than promotes a genuine symphonic momentum.

Such a momentum can at least implied through the ability to micro-manage the work as it unfolds, but Andrew Litton’s sensitive though essentially literal approach eschewed that possibility. So the first movement’s slow introduction had a palpable tension which was yet cancelled out rather than enhanced by the transition into the main allegro, its forced energy soon subsiding into a theme whose overt languor is Bax’s natural abode; after which, the earnest strivings of a continuous development and reprise could not seem other than effortful. Impressive playing by the Royal Philharmonic even so, and Litton assuredly had the measure of the Andante – its pellucid textures bringing forth one of the composer’s most poised (if hardly indelible) themes and the movement building through subtle expressive variants to a wrenching climax from which it returns regretfully to its origins. A pity the finale fell short of its goal: after an imposing launch, this pivoted wantonly between energy and repose on its way to an overly rhetorical culmination (organ superfluously in evidence) before heading into one of Bax’s customary epilogues: here of a resignation which, in balancing the ominous manner at the outset, squared the symphonic circle more convincingly than the music’s tonal machinations had done. Make no mistake: Arnold Bax’s Second Symphony is a significant work of its time and one from which many would-be tonal composers of the present day stand to learn much. Not least for this reason, it amply warrants revival and this performance – while far from a vindication as such – certainly presented it in a favourable light. 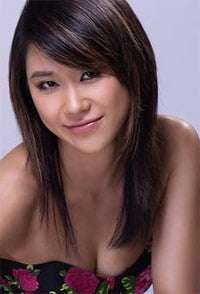 Its failings were the more obvious heard in close proximity to Bartók’s Second Piano Concerto (1931), a work whose processes secure the music’s tonal cohesion and hence its expressive impetus at every juncture. It helped to have a pianist such as Yuja Wang who was not just in control of the demanding solo writing but, for the most part, was able to project and shape it so the music’s dynamism, remoteness and, where necessary, humour were conveyed in full measure. Among the more attentive accompanists of present-day conductors, Litton ensured a viable balance with woodwind and brass in the first movement (no mean feat in the Royal Albert Hall acoustic) and was scrupulous over dynamic levels in the Adagio – with its scintillating Presto the more so for never coming off the rails. The finale was driven hard, unison chords occasionally less than unanimous, but with the falling away of tension as the work finally embraces its diatonic essence enticingly brought out. (Koussevitzky commissioned Bartók’s Concerto for Orchestra.)

Each of these first two parts was prefaced by an American ‘evergreen’. Aaron Copland’s Fanfare for the Common Man (1942) blazed forth with hardly less impact than when heard in its rather more expansive context when re-used as the start of the Third Symphony’s finale (which Koussevitzky gave the premiere of). Barber’s Adagio for Strings (1938) – originally the slow movement of the composer’s only string quartet – was given a restrained reading which yet built to an eloquent climax whose apex was (rightly) the silence that marks off the strings’ subdued resumption. As readings of this once-ubiquitous threnody go, it could hardly have been bettered.

Koussevitzky it was who gave the belated premiere of Bax’s Second and, barely a year later in 1930, that of Prokofiev’s Fourth Symphony, which was heard at this Prom in the composer’s 1947 revision (and given a different opus number) which recast it as the would-be triumphal conclusion to a wartime symphonic triptych but was prevented from being so by the material’s essentially un-symphonic nature. Quite what Adrian Boult (who gave the revision its first hearing in 1950) made of it can only be surmised, but Litton handled its discursiveness and formal non-sequiturs with aplomb – eschewing overt bombast in the more rhetorical excesses of the first movement then relating the main melody of the Andante with a pathos that never seemed strained even during its heightened restatement. The ensuing intermezzo was deftly handled without risk of triteness and the finale harnessed its nominally wanton momentum towards an apotheosis that was the more gripping for its palpable equivocation, a thunderous close to nigh-on two hours of music-making, which justifiably brought the house down. Gratifying, also, to hear the RPO make the most of such an ambitious and enterprising programme: a pity it cannot be given its head in this way more often.