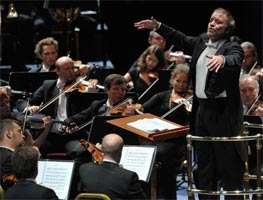 It is well to remember that Tchaikovsky himself upbraided his friend and pupil Sergey Taneyev when the latter observed somewhat disparagingly that there was a “flavour of ballet” in the former’s Fourth Symphony; was Taneyev not aware of all the dance elements in Beethoven’s symphonies? Tchaikovsky loved the ballet and it is well to recall this when assessing non-danced performances of his ballets – there is a tendency for the musical score to be seen as a stand-alone, something to which dance was ‘attached’. That is the approach which coloured the programme note for this Proms performance of the Mariinsky ‘performing version’ of Swan Lake. It contains much wailing and gnashing of teeth (also audible among some of the audience) that what we were hearing was not the score as initially composed by Tchaikovsky for the work’s première in 1877, that somehow we were listening to a bastardised, sullied version which had been hacked about.

The 1877 Moscow production with choreography by Julius Reisinger was a flop, as was a second attempt in 1880 with choreography by Joseph Hansen to rescue what was acknowledged as a fine score. That version too failed to make a mark, and it was not until 1895 that a third attempt was made. By that date Tchaikovsky was dead but it was most emphatically not a case of waiting for him to die before his score could be seized for dark purposes. He would most certainly have been invited to work with the new choreographers in Saint Petersburg, Lev Ivanov (who was to create Acts Two and Four) and Marius Petipa (Acts One and Three). The composer had worked with both men – Petipa in 1890 on The Sleeping Beauty and Ivanov on The Nutcracker in 1891, so the offer, if the composer had been alive, would no doubt have been accepted. 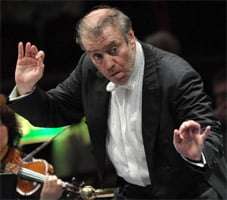 Alas it was not to be, and it fell to Padua-born Riccardo Drigo (1846-1930), the Chief Conductor to the Imperial Theatre in St Petersburg and a composer himself (loftily described as a “hack” in the programme note) to work to the choreographers’ specifications to adapt the existing score for their new production. They also collaborated with Tchaikovsky’s brother Modest. What emerged was not the butchered remains of the original with unwelcome and inappropriate interpolations by some third-rate nobody, but the considered work of the two greatest choreographers of the classical dance era. Granted, Drigo cut some numbers (notably in Act Four), and at 106 minutes this proms performance was not only under the 118 of the Proms Prospectus (anticipating Drigo’s version) but his edition loses some 40 minutes from Tchaikovsky’s original score. The famous ‘Black Swan’ pas de deux went from Act One to Act Three and interpolates three orchestrated numbers from one of Tchaikovsky’s last works, the Opus 72 piano miniatures.

Although the Proms still awaits its first complete Swan Lake in terms of 1877, strangely enough, it works, and it is Drigo, Ivanov and Petipa’s Swan Lake which survives today and which acts as a benchmark for all companies around the world (The Royal Ballet version corresponds almost exactly to the Mariinsky’s). It is, therefore, valid and indeed of value for a non-dance audience to hear the score as they would hear it performed in the theatre – a living work of art and not an exercise in musical completism, divorced from the realities of performance (for the 1877 score, book to see Yuri Grigorovich’s production for the Bolshoi Theatre). 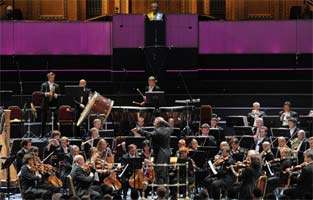 The music for Swan Lake runs through the veins of the musicians of the Mariinsky Orchestra like blood, and it was apparent from the very opening moments that they would deliver a performance as tangibly ‘authentic’ as one could wish for. Valery Gergiev is an odd choice to conduct this music – he does not do so in Saint Petersburg (although he has recorded the Drigo version), the company’s experienced ballet conductors doing the honours, and it was unclear at first what he would bring to a score which, if ever the expression were true, this orchestra could play with its eyes closed. In fact, Gergiev brought more and more of himself as the work progressed, insisting on changes of tempos, notably in the Act Three (confusingly billed as Act Two/scene 1) national dances, which were far faster than one would ever hear in the theatre, but which made sense of the insistency of the Spanish, Neapolitan, Hungarian and Polish rhythms. Elsewhere speeds were very much as in the theatre, but there was an increasing emphasis on the symphonic qualities in the score. In addition, the Royal Albert Hall acoustic knocked the edges off the playing, lending a warm burnish to the sound and dampening the acidities of the brass which are so apparent in a theatre pit. Head buried in the score for much of the time, Gergiev at first seemed to ‘ride’ the orchestra, only taking a more active part perhaps where he felt that a non-danced performance merited a departure from performance norms.

It all certainly made for a short Swan Lake. Certainly the work is very much stop-start, as number after number builds to a climax as the dancing ends; it seemed unnatural therefore that after the Act One ‘Pas de Trois’ silence reigned and the orchestra launched directly into the following ‘Pas d’action’. For a seasoned ballet-goer it robbed the work of its usual theatricality, as did elements of Gergiev’s more concert-hall approach (nowhere more so than in the blistering, Wagnerian ending), and I wondered how much sense the score was making to those who are unfamiliar with the ballet in performance – I could literally see the choreography in my mind’s eye but suspected some of the numbers would communicate little to those who could not. If there was fault to be found with Gergiev it was in the finale when he adopted jauntiness in the rhythms wholly inappropriate to the battle between the forces of good and evil enacted on the stage.

The Mariinsky sound in the Royal Albert Hall was full, lush even in the strings, the double basses notable for their brown, nutty quality and the upper strings had an indulgent silkiness, nowhere more so than in the famous Act One ‘Waltz’, albeit cut in Drigo’s version, and the lakeside Dansegénérale, the tune of which goes with the refrain ‘two lovely black eyes’ and which is danced by two ‘big’ swans. Despite being more restrained than usual the brass was authentically tangy and, despite the odd mishap in the trumpets, gratifyingly accurate. The glory of the orchestra’s sound on this occasion was the woodwind section; these musicians delighted with playing both delicate and poignant. Musically, the core of the work lays with the blandly named ‘Pas d’action’ at the lakeside, in reality the ‘White Swan’ pas de deux. The programme note lamented the excision of Tchaikovsky’s concluding variation-allegro, but Ivanov and Drigo accomplished something far more exciting and, indeed, radical. The classical pattern – introduction, variation, variation, finale – is here all melded into one. It ends quietly. Drigo’s changes create something of exquisite poetry, when Prince Siegfried and Odette fall in love, his bringing an unexpected coup de foudre, hers tinged with the melancholy of knowing that her hope against hope will be doomed (except in Russian productions which follow Modest Tchaikovsky’s happy ending!). The three instrumental soloists played this number with intense feeling and exquisite taste, which only comes from deep knowledge of and love for this music and an unbroken performing tradition from the work’s 1895 reincarnation. It was here that the soul of the work was heart-meltingly laid bare and the validity of this version became unquestionable.