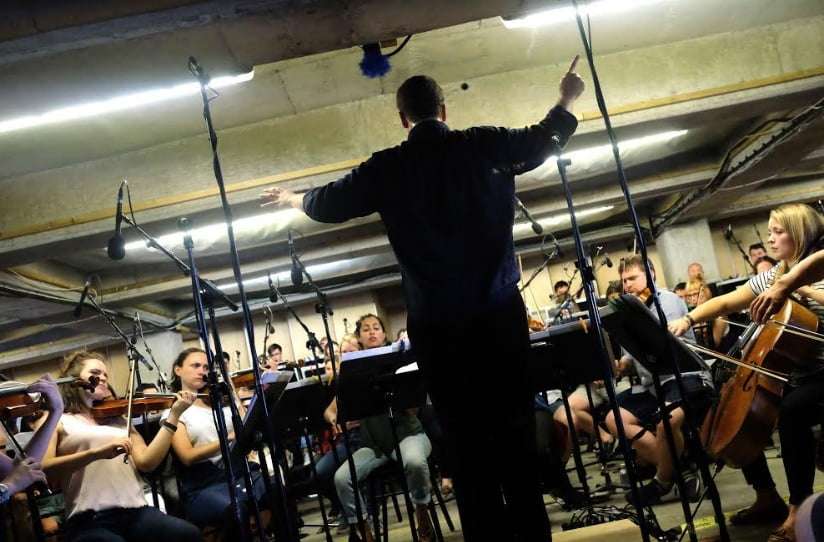 A bijou encapsulation about what the Proms is all about, albeit with a shift some six miles south-east from the Royal Albert Hall, a return to the Bold Tendencies Multi-Storey Car Park in Peckham. Last year Christopher Stark and his Multi-Story Orchestra celebrated the eightieth-birthday of Steve Reich, this time John Adams’s seventieth, with an enthralling performance of Harmonielehre. Preceding it were the luscious string-heavy version of Bach’s ‘Sleepers Awake’ by Granville Bantock dating from 1945 (the year before Bantock’s death), which – as enthusiastic Radio 3 presenter Tom Service enthused – took us to a seraphic place of musical ecstasy; and a recent work by co-founder of the Multi-Story Orchestra, Kate Whitley.

I am I say was composed in 2015 (not, as erroneously stated in the diminutive fold-out free programme, 2016) and marked the second performance of the Multi-Story Youth Choir (its debut had been at midday), created especially from one-hundred locals. The piece was written – with the first two verses and central vocal duo penned by poet Sabrina Mahfouz – for Peckham schoolchildren, who worked together to pen the final verse, with its ecological theme of learning to respect the planet. Mahfouz’s first two verses puts into words the plight of the sea and trees, battling against human recklessness in dumping plastic into the former and choking the latter with petrochemical fumes and forest fires. Ruby Hughes and Michael Sumuel rapturously intoned a slower-set text, urging us to close our eyes and think of a beautiful place, eventually joining the young voices in a plea from the sky. This performance took the words created from the school-children who revived the work in 2016, and who are enshrined on the recent NMC disc devoted to Whitley’s music. I am I say is a glorious and ear-catching short cantata. 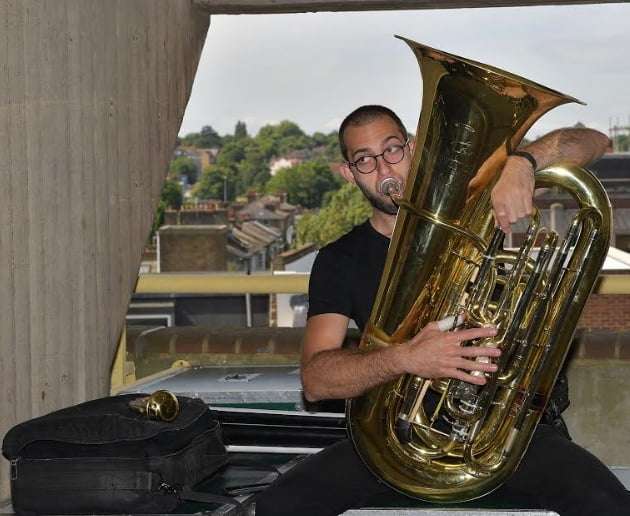 With Harmonielehre, Multi-Story and Stark were returning to well-trodden territory, as they had first performed the score in their second season. Like proverbial London omnibuses which – after a long wait – three come at once, this followed on from Vladimir Jurowski’s carefully steady London Philharmonic account in January and a more confident, swaggering one from the New York Philharmonic and Alan Gilbert in April (both reviewed below).

But there was something about the proximity to the music, in the low-ceilinged eighth floor of this ex-car park that made this rendition even more tangible. These musicians have this music in their blood and regular trains passing by with mechanical squeals and metal-on-metal screeching couldn’t deflect them from their task. It was a beautiful still day, so little need for clothes pegs to hold the music in place, as Stark moulded the three epic movements, from the pounding forty chords that open the first (describing the first of Adams’s dream inspirations, that of a supertanker rising up from San Francisco’s Golden Gate and ascending to the sky), via the slow build-up of the central edifice – ‘The Anfortas Wound’ – finds its destination in the discord that Mahler screams in the opening Adagio of his Tenth Symphony, to the cosmic exploration of the Finale. Here the concrete of the car park throbbed in sympathy with Adams’s driving rhythms.

It is quite extraordinary the level of detail you can hear in what might be supposed to be a difficult acoustic. The Multi-Story players did themselves proud, with fantastic solo contributions. For those discovering this venue and orchestra for the first time, there’s more in a couple of weeks, when Multi-Story return to its very first piece, The Rite of Spring, and then a first visit to Birmingham for Beethoven’s Fifth (September 22 & 23).