“The BBC Proms travels to Hull for a performance of music inspired by water. Look out over the Humber while listening to works by Handel, Telemann, Mendelssohn and others, performed by Nicholas McGegan and the Royal Northern Sinfonia.” [BBC Proms website] 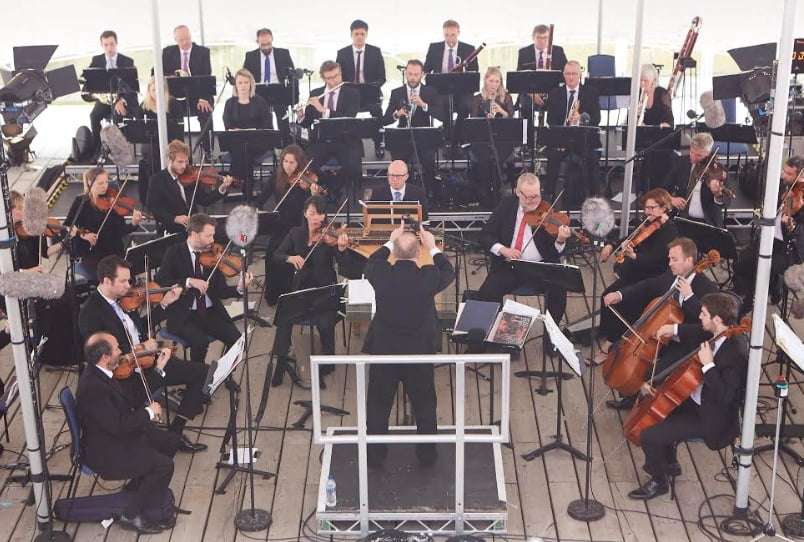 A city decked with rainbow flags and banners, locals and visitors – including an unusual number of “morris sides” – sang and played music in a carnival atmosphere for the first “Pride in Hull”. Alongside was a smaller event, just as significant – the Proms venturing outside of London for the first time, to Hull to mark the three-hundredth-anniversary of Handel’s Water Music. At times the festivities outside encroached, the ending to Delius’s Summer Night on the River wrecked by a folksong; however the musical styles managed to co-exist, largely assisted by the Royal Northern Sinfonia being amplified.

The concert I attended was the first of three at [email protected] and felt more like the dress-rehearsal, the orchestra, at times, far from confident. As one might expect from an early-music expert, Nicholas McGegan was most at home with Telemann, Handel and Rameau. A sprightly, lithe rendition of the former’s Water Music Overture depicted the motion of the ocean brimmed with ‘period’-instrument style. The two Suites from another Water Music, Handel’s, received equal care and attention, although, with the amplification the string sound was often heavy, as it also was in the Rameau.

Moving away from the Baroque, the amplification made it difficult to get the balance right. The Delius was anyway foursquare and characterless, the pianissimo ending (the score says “The melody becoming softer and softer as if dying away in the distance”) far removed from the pppp marking. An ebullient reading of Mendelssohn’s Calm Sea and Prosperous Voyage showed conductor and orchestra on more-familiar territory albeit with some imbalance during tuttis. 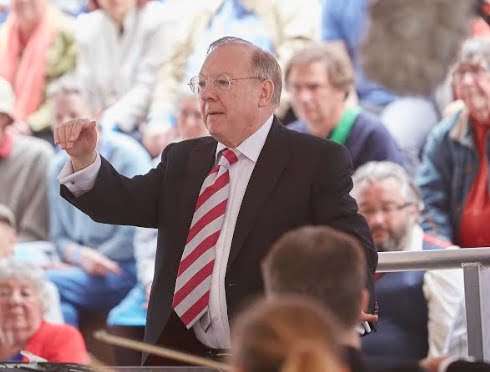 Grace Evangeline Mason was the winner of the BBC Proms Inspire Young Composers’ Competition in 2013. Now studying at the Royal Northern College of Music, RIVER commemorates the anniversary of Handel’s Water Music and was recently first-performed on the River Thames with ‘original’ instruments (to match Handel’s). Mason explained that his Water Music is so called because of where it was given, whereas her piece is inspired by water with short “melodic fragments that encircle each other to imitate the small waves on the surface of a river.” Its dense orchestration worked well on its Thames outing (it’s still on the BBC Radio 4 iPlayer, Front Row) but suffered here through the amplification that made the piece cluttered.

Grace Williams’s Sea Sketches (1944) is of five movements for strings. We heard the first and final parts. ‘High Wind’ was energetic though scrappy and the gentler ‘Calm Sea in Summer’ showed the RNS strings at their very best. Throughout the concert a xylophone sat unused. Curiosity was satisfied with Iain Farrington’s A Shipshape Shindig, given as an encore, a bristling fun-packed set of variations (the jazz-violin moment carried off with aplomb by Bradley Creswick) on ‘The Sailor’s Hornpipe’ (aka ‘Jack’s the Lad’) familiar to Last Night audiences.