Proms in the Park, London 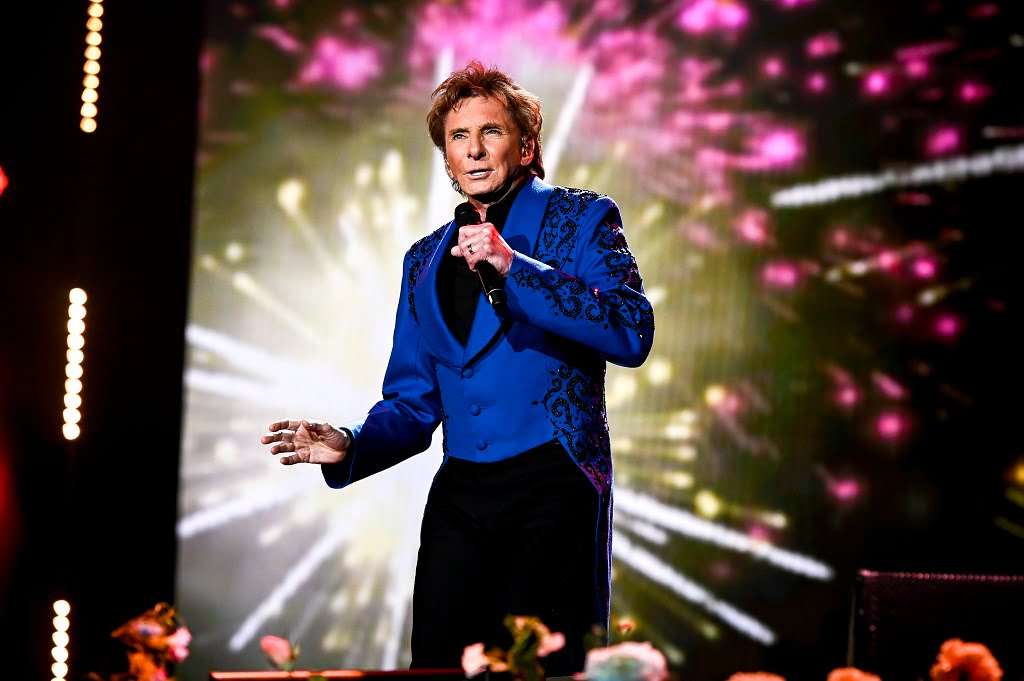 In September 2007 I asked how Proms in the Park fitted the strap-line of “The World’s greatest classical music festival”; twelve years later that connection, tenuous at the time, has been broken. This was nevertheless a fabulous concert packed with stars from the world of popular music and stage-shows that rocked the sun-drenched corner of Hyde Park for about seven hours hosted by Michael Ball, who also took his turn as a performer – most notably, and excellently, singing Stars from Les Misérables accompanied at the piano by the composer, Claude-Michel Schönberg.

Rock Choir, at full strength numbering 30,000 members of the public – by comparison we only had a handful – lived up to its name and rocked the 40,000-strong audience with favourites such as Ain’t No Mountain High Enough and Bohemian Rhapsody. Aled Jones and Russell Watson have been friends for years. Traffic held up Jones’s arrival, a few minutes before he raced onto the platform with little time to warm up. This was not the best I have heard the Welsh baritone though a smile was raised when a quick-witted audience member quipped that rather than driving he should be “walking in the air”.

The brief nod to classical music was fulfilled by Russian soprano Aida Garifullina who launched almost without taking a breath, into Guonod’s ‘Je veux vivre’ from Romeo and Juliet. Nothing was spared in this command performance that showed off both her agile coloratura and acting ability, followed by a plaintive ‘O mio babbino caro from Puccini’s Gianni Schicchi. 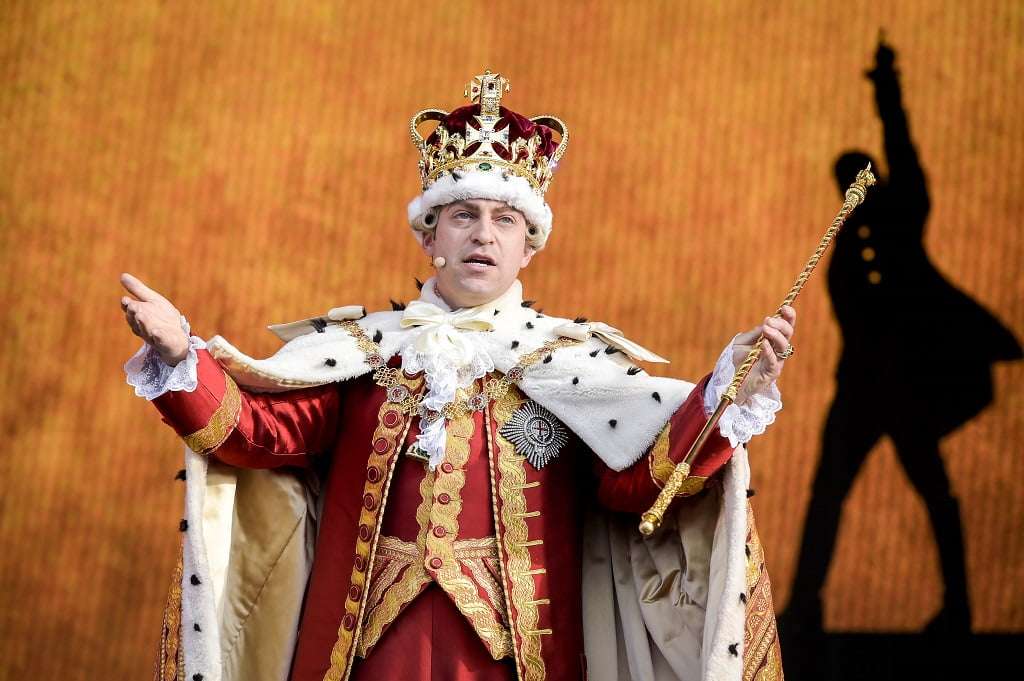 As the light started to fade over Hyde Park – many commented on the beautiful sunset – the first of the artists from the world of pop took to the stage. Gabrielle, who recently turned fifty, has a voice still as compelling as it was in 1993. In 2018 she recorded her first album in eleven years – Under my Skin; Shine, from it, joined hits from the 1990s.

A brief interlude by the BBC Big Band made way for the Lighthouse Family. This duo of Paul Tucker (keyboards) and Tunde Baiyewu (vocals) has been largely silent since their heyday in the late-1990s. It took until July this for their new album to be released. Who’s Gonna Save me Now is a great song.

Bonnie Tyler performed from a swaying scissor-lift high up next to the stage. What could go wrong? Whoever came up with that idea is possibly the most creatively bonkers person in the production team. There were problems with the microphone which meant at times she was inaudible against the recorded backing and her voice is not as strong as it once was. However she still has more energy and enthusiasm than many artists half her age (sixty-eight). Her two hits, both penned by Jim Steinman – Total Eclipse of the Heart and Holding Out for a Hero – were heard here; the latter was largely shouted.

Karen Gibson’s Kingdom Choir came to attention following its show-stopping performance of Stand By Me at the Royal Wedding in 2018. Opening with The Aretha Franklin Medley, this showcased some strong and included such classics as Think and Natural Woman. 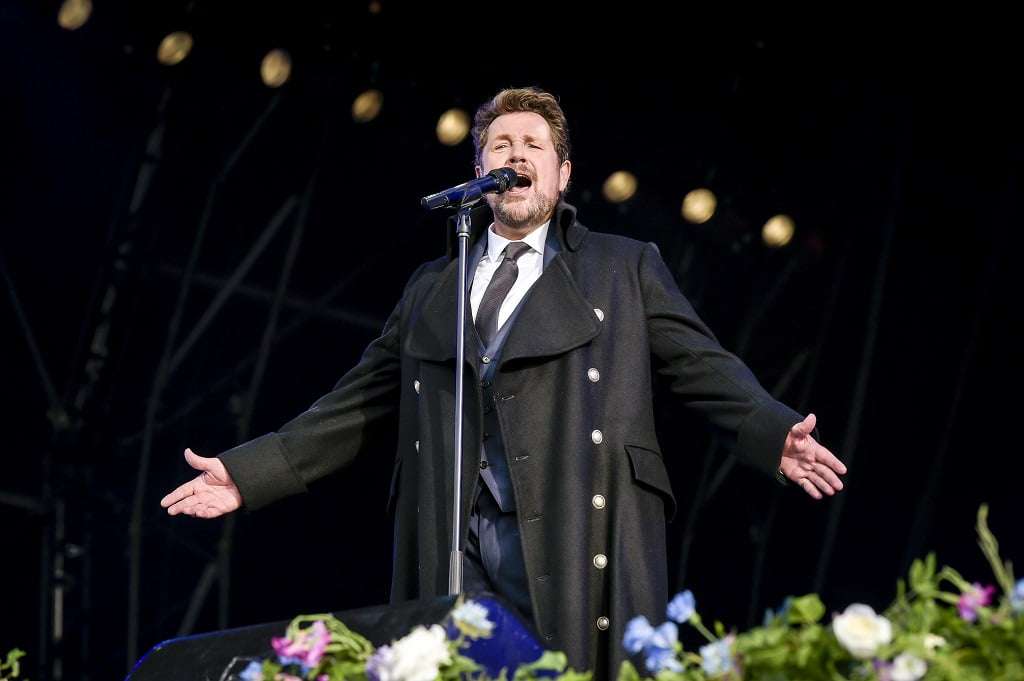 Jack Savoretti’s performance of Catapult on Graham Norton’s show in 2015 literally catapulted the record up the charts. Of tonight’s set of six songs, four were taken from his new album. Opening with the hit-single Candlelight this luscious arrangement was well suited to the strings of the BBC Concert Orchestra, which never faltered. By his own admission “filling time” as the stage was reset, Michael Ball took the microphone for We’ll Meet Again and ‘Anthem’ from Chess. Ball played Anatoly Sergievsky in the 2018 ENO production of the musical and a better performance of this song would be difficult to find.

Chrissie Hynde is best-known for her work with The Pretenders. Two of her biggest hits from the post-punk and new-wave era – Brass in Pocket and I’ll Stand by You – were performed here with outstanding orchestra-backed arrangements, and later included a sultry and soulful rendition of the Jimmy Williams and Larry Harrison standard How Glad I am and Billie Holiday’s I’m a Fool To Want You – itself a classic that Hynde has rightly claimed as her own.

There was never any doubt that the global superstar that is Barry Manilow would ever be anything but the main attraction. Chopin’s C-minor Prelude (XX from Opus 28) inspired Could It Be Magic together with the unforgettable Randy Edelman classic Weekend in New England saw Manilow take to the piano while others such as Ready to Take a Chance Again and Copacabana found him standing. Frank Sinatra summed up Manilow when he said in the 1970s, “he’s next”. What followed in Hyde Park seemed a bit of an irrelevance.

Aida Garifullina returned for Rule Britannia!; however it was a truncated version of Henry Wood Sea Songs. The National Anthem and Auld Lang Syne rounded things off followed by fireworks and a Scots-piper playing Amazing Grace from the scissor-lift formerly occupied by Bonnie Tyler.

Twelve years on, Proms in the Park has taken on its own identity that is a long way removed from its classical roots, as enjoyable as this event was.