With sets by Chico, T-Rextasy, Ryandan, Tony Hadley and Will Young 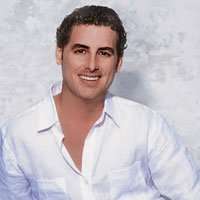 Hailed as “the world’s greatest classical music festival” on the BBC Proms website it is difficult to see how this “Proms in the Park” concert fits this description. At £23 a ticket and many thousands of attendees I can see the commercial reasons but not as a part of a music festival that espouses to be essentially classical.

“The gates open at 4pm and the fun starts at 5.30pm” was the boast, though I would question Dick and Dom’s patter direct from Children’s BBC (including theme tune) being described as fun to anyone over the age of ten. The duo’s attempt to rouse a generally nonplussed audience with games such as ‘which part of the audience can shout the loudest’ and ‘pass a beach ball to lighting gantry and back’ failed and was embarrassing to say the least. The final insult was to simply encourage the audience to drink a lot – a theme that was prolonged into the evening’s classical events with even Lesley Garrett asking if the audience had had enough to drink!

Throughout the evening five artists from the pop-music world graced the occasion. Chico was first up for his second appearance at Proms in the Park in as many years. Born in South Wales, he moved to Morocco until the age of thirteen when he returned to the UK to complete his schooling. He reached the final of “The X Factor” in 2005 and has the body to have ladies drooling (judging from my ‘Prom in the Park’ colleague). His voice is pretty good, too, with his set of original material and cover versions. His rendition of James Brown’s classic “I Feel Good” was excellent and I can imagine that in front of an audience that was less eclectic than this he would have made a much greater impression.

T-Rextasy, a tribute band to the immortal Marc Bolan of T-Rex, was next up and you can see why it was voted the ‘Best Live Tribute Band in the UK’ by BBC One’s Battle of the Fantasy Bands. Lead singer and guitarist Danielz has an uncanny resemblance to the 1970s’ Glam Rocker both in voice, actions and even his hair. Once again, the mix of audience didn’t respond as well as they could have with a large proportion of them (probably here to see Will Young) not being born when T-Rex was playing.

Canadian identical twins RyanDan (Ryan and Dan Kowarsky) are expected have the Christmas Number One record but surprisingly they made a very small splash here. Their music is similar in style to that of crossover group ‘Il Divo’ but with less of an operatic emphasis. The pair’s website lists a string of up and coming appearances on daytime UK television, including “The Alan Titchmarsh Show” and “Loose Women”. From this small list of upcoming appearances it is clear who the target audience is and doubtless we will hear more of them in months to come whether we like it or not.

As a closet fan of 80s’ group Spandau Ballet it was a pleasure to see Tony Hadley (former front man) as the final act before the ‘classical’ section kicked off. Although Hadley has been working as a solo artist since the ‘Spandau days’ (he sang the part of Billy Flynn in “Chicago” at the beginning of the year) it is the songs that he had hits with in the 1980s that have stuck with him. True to his fans (or those of us that were there) his first song was just that: “True”, the ‘Number One’ hit released in 1983. Then came two of the group’s other hits “Through the Barricades” and “Gold” before an interesting and exceptionally well-suited cover of the Kaiser Chiefs 2004 hit “I Predict a Riot” which itself has clear influences in late 1970s and early 1980s punk/new romantic music.

Keeping with the 1970s theme the ‘classical’ part of the concert opened with John Williams’s Theme from the 1977 film “Star Wars”. Though derivative it is hard not to appreciate how much this music has been an influencing factor in film music since. Totally amplified the BBC Concert Orchestra boomed over and through the assembled crowd that had gradually increased. The sound was clear and well balanced, a complete contrast to Michael Ball’s Albert Hall Prom, though there was little opportunity for subtlety of tone and nuance.

Broadcast on BBC Radio 2, the doyen of the early-morning slot Sir Terry Wogan ably read from the autocue to introduce the pieces and artists. Wogan is a past master at this kind of thing and his mixture of witty asides and evident love of performing was attractive, if largely ignored by members of the audience not in the immediate vicinity.

Peruvian tenor Juan Diego Flórez’s first of two sessions included Gounod and Verdi. The former’s ‘Ah! lève-toi, soleil’ is doubtless the most well-known aria from the opera and is none the less for being so. Flórez dedicated the Verdi to Pavarotti. Flórez’s performances were well thought through accompanied sympathetically by the Carl Davis and the BBC Concert Orchestra.

After another pandering to the pop-gods with the theme from “Dr Who” (light-show included), a surprise was in store for those who had ears to listen. Bespectacled 18-year-old Mark Simpson gave a spectacular performance of the ‘Alla polacca’ third movement from Weber’s Second Clarinet Concerto. Despite having a microphone strapped to the bell of his instrument he managed to raise the standard of what had so far been a pandering to the masses.

In his second set, Simpson performed the little known Concerto for Clarinet by Artie Shaw. Known largely for his big band, and hits such as “Begin the Beguine” and “Stardust” it is often forgotten that Shaw had a great understanding of symphonic music with his arrangements using strings as well as ‘big band’ instrumentation. Simpson’s performance of this piece showed the clearest understanding of the idiom not taking into account the complexity of the piece. Simpson is a star in the making and having won the BBC Young Musician of the Year and the BBC Proms/Guardian Young Composer all before going to music-college he is likely to be someone that you will hear plenty more from in coming years. Despite the clear talent of this young man, sadly many of the audience talked and ate through the performance reducing these gems to mere background music. 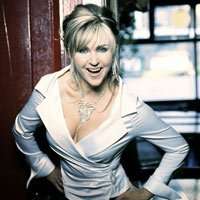 The first of two obvious ‘draws’ to this concert, Lesley Garrett boasted three outfits: one for each of her sets. The first, a splendid red number seemed fitting as she sung of the ‘Girls of Cadiz’, perhaps one of Léo Delibes’s most famous vocal pieces apart from his opera “Lakmé”. Again the BBC Concert Orchestra accompanied well and was attuned to the rubato that Garrett used to good effect.

Garrett has a natural rapport with audience. She has recorded twelve solo CDs, many of which have gone gold or silver or have received other awards; she has taken the crossover market and made it her own. On the other hand she is a graduate of the Royal Academy of Music, winner of the Kathleen Ferrier Award in 1979 and was principal soprano at English National Opera so her classical credentials are also without doubt. As a singer she now falls between two styles – no longer considered a serious opera singer perhaps due to her ‘selling out’; strangely she is too good to sing musicals where a trained operatic voice is seldom called for. Garrett’s performance of Puccini’s ‘Donde Lieta uscì’ was emotionally dedicated to Pavarotti and was sung with equal passion and feeling. For the remainder of her set a selection of standards from the musicals that impressed the masses but was truer to the soprano’s style than to the composers’ intentions.

Relays of recordings were then played from the other “Proms in the Park” venues before the main attraction of the evening for many. Will Young’s achievement over the past five years has been staggering. He has won two Brit awards, had four Number One singles and three Top Two albums. Over all he has had sales of over seven-million records. His energetic performance was clearly enjoyed by many of the audience – once his slot was over many people started to leave.

At £23 a head, “Proms in the Park” was, on the face of it, good value; factor-in £5 for a programme and a hefty charge for food and drink and other ‘merchandising’ it was perhaps not so cheap. Clearly the BBC has a ready audience here – the Arena is usually sold out (about 40,000 people in Hyde Park alone) but I do question its connection to the Proms. People that I spoke to seemed disinterested in the music that was played revelling more in the atmosphere of the occasion. After the linking up with the Royal Albert Hall and the singing of “Auld Lang Syne” the sky overhead was lit by fireworks followed by the mad rush to transport home.