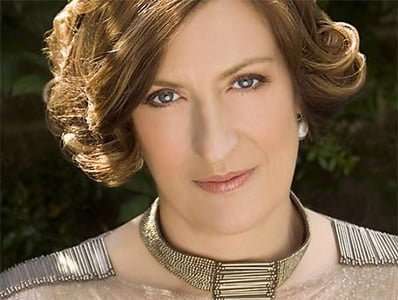 Following the “Handel in Italy” Proms Saturday Matinee, the remaining four are all given to exploring Benjamin Britten and his circle and influences. Here, appropriately with the strings and percussion from the eponymous ensemble, two works of his (relatively early and as late as you get, respectively) flanked works by Gustav Holst (of whom Britten said he was indebted and whose daughter became his musical assistant and confidant), Lennox Berkeley (who had a thing for Britten before he and Peter Pears sailed for America before the last War) and Michael Tippett.

As Sian Edwards mentioned, these composers helped fashion a string-ensemble tradition, both as a reaction to European developments and inspired by an earlier English school headed by Henry Purcell. This well-programmed concert mined that tradition, as well as giving voice to Berkeley’s St Teresa of Avila settings and one of Britten’s final works, Phaedra, affording Sarah Connolly the opportunity to sport two dresses, the red number for Phaedra borrowed from her current appearances in Glyndebourne’s production of Rameau’s Hippolyte et Aricie where she is also playing Phaedra.

Each work performed here was inspired by or was in homage to a musical or literary impetus, with the exception of Holst’s St Paul’s Suite, certainly the most carefree of all the pieces played, which was composed in generous thanks to the building of a soundproofed music room for him at the Hammersmith school where Holst was director of music from 1905 until his death in 1934. 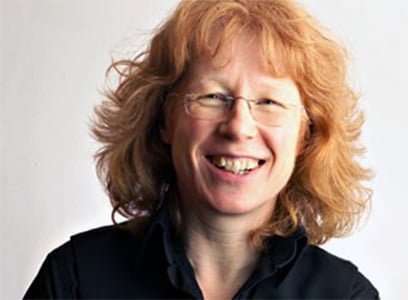 Britten Sinfonia’s string-players revelled in the dance movements, buoyantly directed by Edwards, who had earlier encouraged appropriate propulsion to the second named section of Britten’s Bach-homage Prelude and Fugue. Cadogan Hall’s warm acoustic responded well to the strings’ depth of sonority, especially in Tippett’s Corelli Fantasia in which violinists Jacqueline Shave and Magnus Johnston and cellist Caroline Dearnley took the solo lines; with the two accompanying ensembles facing each other in mirror image on either side of the stage. Edwards admitted that Tippett’s compositional style is more convoluted than Britten’s and very tricky to bring off – all credit then to the unanimity of attack through what was the longest work on the programme, Tippett’s elaborate response to a 17th-century inspiration was clearly sounded in this finely detailed performance.

Sarah Connolly added her lustrous tone to the mix in two contrasting vocal works. Lennox Berkeley’s heartfelt Roman Catholic sensibilities might have encouraged from him more passion in his settings of St Teresa of Avila’s 16th-century texts than in his other works, and he certainly offered divergent moods between the four songs (shepherds and angels rather playful in the second), but Britten effortlessly brings more passion to Phaedra (composed for Janet Baker). The emotional response to forbidden love (Phaedra’s for her stepson Hippolytus) is more visceral and Britten heightens his response with three percussionists, alternating Phaedra’s recitatives with speeches directed to Hippolytus himself, her nurse Oenone and, finally, distraught, to Theseus, the music closing on low Cs from double basses, Connolly finding a connection with ‘Der Abschied’ from Mahler’s Das Lied von der Erde, which ends in a similar way. One could hardly imagine Phaedra being better realised than here.

Both in the performances and in the planning, this proved a perfectly judged concert in the airy confines of Cadogan Hall.