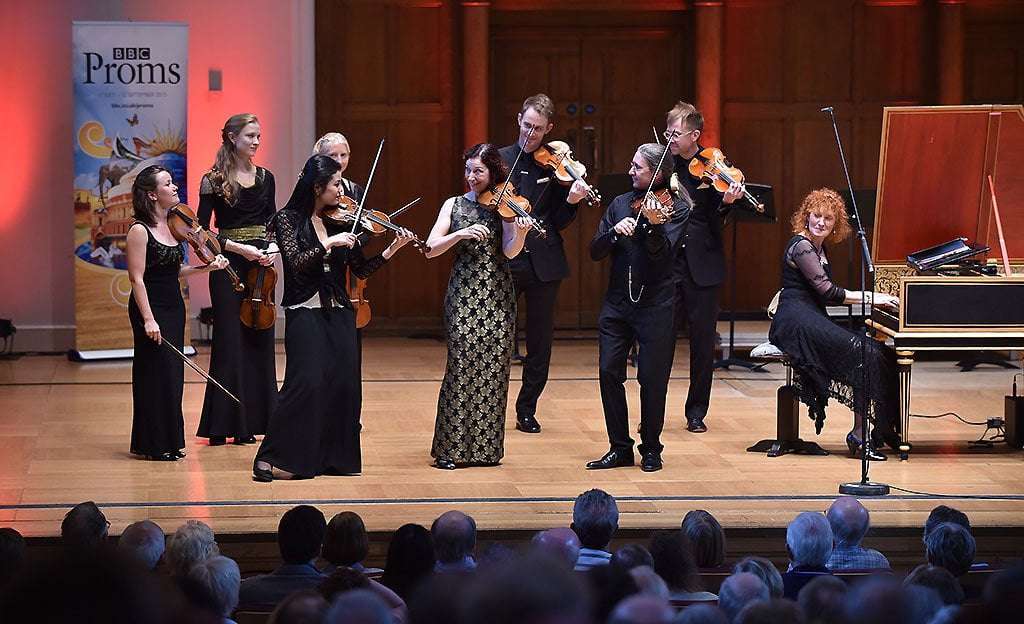 Perhaps not the most burning question of our time, but I did wonder as I climbed the stairs to Cadogan Hall’s stalls for this third Proms Saturday Matinee (and the second of two featuring Baroque-music groups), whether Apollo’s Fire could overshadow a musical sight I’d witnessed earlier in the day, on a visit to the Great British Beer Festival at Olympia. The band there, from Bournemouth and mainly composed of drummers and trumpeters, was distinctive visually, rather than musically, as they were all dressed as Spiderman and their rendition (with one of their member’s arms manipulated by ropes) of Sandie Shaw’s ‘Puppet on a String’ will live all-too-long in the memory (for perhaps the wrong reasons).

Thankfully, a much more pleasing sight waited for me at Cadogan Hall. The second of this year’s Proms ensembles named after the Greek God of Music, Apollo (the first at this same address, was the Apollon Musagète Quartet), Apollo’s Fire indicate the god’s fiery inspiration by sporting an essence of gold in their individual garb, with Jeannette Sorrell’s flame-red hair adding to the effect. She sports a gold bow on her back, while concertmaster Oliver Brault ties his pigtail with one, a fob chain hanging from his waistcoat pocket, but the section best-dressed to impress with various gold and black designs was the violists. Like AMQ and last Saturday’s B’Rock (PSM2), most players stood, having swept on in two lines issuing out of opposite doors, crossing each other to find their places. 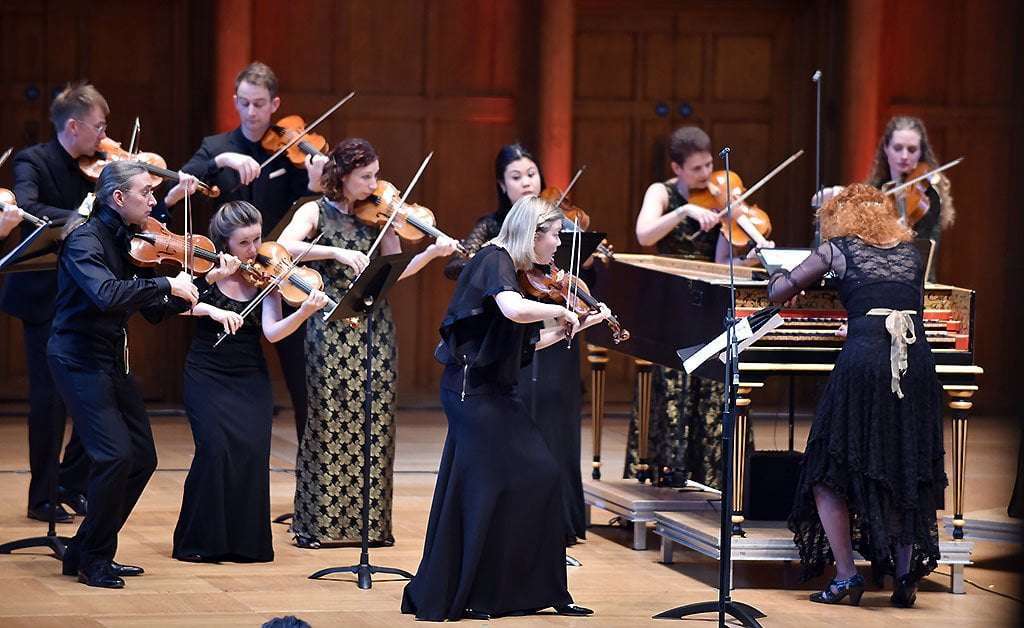 Such careful attention to presentation marked their playing too, as they transported the audience (and Radio 3 listeners) back nearly 300 years to Gottfried Zimmermann’s Coffee House in Leipzig around the late-1720s, which hosted concerts (and by so doing allowing women in) by Johann Sebastian Bach’s Collegium Musicum, where he programmed his own music and by others, such as Vivaldi and Telemann.

First though, we had a Symphony by Carl Philipp Emanuel Bach – from some 50 years later, when Baroque was turning into Classical, even if the theorbo and harpsichord were still the basis of the music, here cleanly articulated by Sorrell, John Lenti (on theorbo) and the strings of Apollo’s Fire.

Proms regular Alina Ibragimova (in her third of four appearances this year) played two Violin Concertos – a virtuosic example by Vivaldi at his most agitated (hence the nickname, ‘L’inquietudine’, belying its major key), and one by Bach père. Interviewed by presenter Christopher Cook, she helpfully pointed out the differences between Vivaldi’s flashier style to Bach’s more refined, but no less easy, solo part, and made those differences clear in her performances.

Between the Concertos came music from Telemann’s Burlesque de Quixotte, all the more impressive because of its rarity. Here Lenti made his mark on guitar, adding a strummed piquancy to the string ensemble as – after the dotted extravagance of the Overture – Don Quixote’s awakening leads to his tilting at windmills, then languorous sighs for Dulcinea, before sidekick Sancho Panza is humiliated by being tossed in a blanket, and the final movement sees exhausted Quixote asleep, but still dreaming of his adventures.

To end was Bach’s Fifth Brandenburg Concerto, necessitating a neatly arranged stage change. It also afforded the late entrance of traverse-flautist Kathie Stewart in brilliant gold jacket, sharing the solo spots with Brault and Sorrell. Hers is the most velvety of flute tones, mellow and comforting, adding a new timbre to the group’s sound, contrasted with the harpsichord’s fiendish part and long solos.

Unbeknownst to us, Stewart had secreted a recorder and swapped to that during the rumbustious encore, ‘Glory in the Meeting House’, an Appalachian fiddle tune, arranged by Sorrell, from Apollo’s recent album, Sugarloaf Mountain – An Appalachian Gathering. I wonder what Bach and Zimmermann would have made of that – but it sent this audience out with a jaunty step.