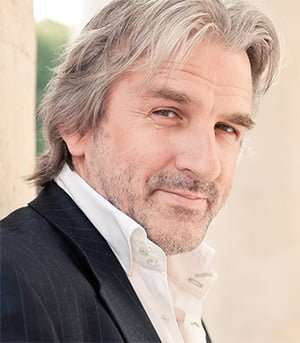 Designed as a programme to link Benjamin Britten with friends and associates, this was an interesting selection starting with Britten’s work for piano and strings, Young Apollo, written to a commission from Canadian Broadcasting in 1939, shortly after the composer and Peter Pears had moved state-side where they were to remain until 1942.Described as a ‘fanfare’, Young Apollo is characterised by proto-minimalist piano writing, with scales, arpeggiated figuration and glissandos, with more lyrical support from the strings, led by a quartet of soloists. Barry Douglas provided a convincing rendition of the piano part, though some of the string lines could have been articulated more firmly. Whether we should have been listening to Young Apollo at all is a moot point, since Britten withdrew the work which wasn’t performed again until 1979, a few years after the composer’s death. I am not quite sure how it has regained its opus number since I believe that was assigned to another work following Young Apollo’s suppression.

Lennox Berkeley’s Serenade is an attractive piece, in somewhat neo-classical style with more than a little peppering of Stravinsky and Poulenc, though none the worse for that. The opening Vivace has no little vigour, whilst the second and fourth movements afford more expressive contrast, with the latter drawing the music gently to a sensitive if not elegiac close. Here, and at other places, one could imagine a larger body of strings would have paid dividends, finely and attentively though Camerata Ireland played. 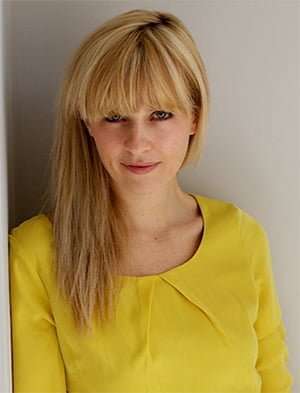 Shostakovich’s First Piano Concerto was most effectively delivered. Douglas’s playing was virtuosic indeed, with the faster passages not devoid of a certain restless quality. Even in ‘high-jinks’ mode, Shostakovich’s music is not without a hint of menace, especially in those places where a trumpet is deployed, with a reveille-like call to attention. To have Alison Balsom was luxury casting and her delivery was impressive in its crisp articulation. The only caveat I had was that some of the quieter passages throughout were insufficiently hushed, thereby denying some of the distinctions inherent in the score.

South African-born Priaulx Rainier’s brief Movement was given its first performance. We were informed by BBC Radio 3 presenter Clemency Burton-Hill that it had been due to be played in 1953, but for reasons “unknown” was not. It would be fascinating to know exactly why as it is an interesting piece, not at all typical of mainstream British music of the time. There are passages of almost expressionist abstraction, with more than a hint of Webern in the way phrases would suddenly be halted abruptly and answered by silence. I was at times reminded of Ruth Crawford-Seeger’s remarkable Andante (also for strings) – though it is most unlikely Rainier would have known this.

To conclude, Britten’s Variations on a Theme of Frank Bridge was given the most polished, poised and confident performance. The various contrasted movements were very well characterised, from the poignant ‘Funeral March’ to the quasi-pastiches of ‘Aria Italiana’ and ‘Wiener Waltzer’. W. S. Gilbert once reminded a singer that ‘encore’ means ‘play it again’, and indeed we had a reprise of the afore-mentioned ‘Aria’, if anything more vigorous and engaging than before.

A word about presentation. Rather than printed programme notes, the concert was introduced by Clemency Burton-Hill. I am not at all sure that it is a presenter’s place to pass personal comments on the music or the performances en route, and the less said about the exchange with Camerata Ireland’s leader Michael d’Arcy – seemingly embarrassed – the better.There appears to be a tendency this year – I have also noticed it on television broadcasts – to re-assure audiences that the music and/or performance is going to be “wonderful”, “dramatic”, “virtuosic” or whatever. Cannot listeners be allowed to make up their own minds?