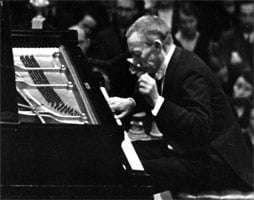 A rather curious programme combining Rachmaninov’s early First Symphony with the first of Puccini’s one-act operas from “Il trittico”. One might not have really thought the two composers were complementary but, recalling Glyndebourne’s bold double-bill coupling of one-act operas by these two composers a few years back, it worked very well indeed.

Rachmaninov’s youthful symphony suffered greatly from having a somewhat chaotic premiere conducted by Alexander Glazunov who was almost certainly severely inebriated. It took time for the symphony’s undoubted qualities to be fully appreciated. True, there are moments where the inspiration can seem to flag, but Gianandrea Noseda managed to avoid making these unduly evident in his measured and persuasive reading.

The brooding opening very much sets the minor-key into one’s senses and provides the basic themes on which the symphony is constructed was strongly atmospheric. Noseda also managed to catch the interplay between the symphony’s more propulsive passages with those calmer moments where the composer gradually raises the tension. Strict control of dynamics was also evident and finely judged. The various woodwind-players all exhibited an almost-improvisatory quality to their playing that proved very refreshing. The strings, lower strings especially, were on fine form too, relishing the hushed pizzicato moments as much as the more dense passages. It was a shame that the final quiet moments of the third movement were marred by the ruinous jingle of a mobile phone. The finale had a great deal of energy – and the dancing gypsy-music themes had an appropriate rusticity about them. 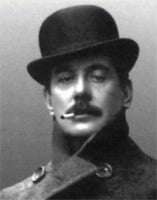 A strong sense of atmosphere also permeated the account of “Il tabarro”. This underrated and concentrated opera starts with a fantastic orchestral depiction of a sultry evening on the Seine, with horns and sirens providing additional colour. Puccini’s way of deftly setting the background to the love-triangle of the drama is perfect – frustrated woman infatuated with a young macho stevedore under the suspicious gaze of her jealous and violent husband. Its like a coiled spring – you know it is going to unravel quickly and tragically, and part of the enjoyment comes from that knowledge. 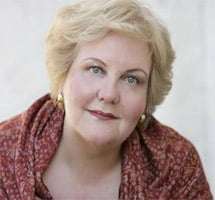 There is also humour to offset the tragedy – not least in the appearance of La Frugola, the wife of one of the stevedores, who is a sort of bag-lady obsessed with the discarded treasures of passers-by and more obsessed with her cat. Is any other animal in opera described so lovingly? La Frugola received a superbly detailed and characterful performance from Jane Henschel. The cameo appearances by the song-seller, who sings about “the story of Mimi” to a tune straight from “La bohème”, and the young lovers were nicely sketched in, too.

All the characters have dreams for the future and all tell us about them briefly. Some try to blot them out in a haze of alcohol (Il Tinca), and others are more reflective or pragmatic about them. Barbara Frittoli managed to catch the edgy, nervy, disillusioned quality of Giorgetta, and even her brief snatches of time with her lover Luigi were always coloured with a tension that was perfect. Playing Luigi was Miroslav Dvorsky. He has all the notes for the part in his voice but they were often loudly insistent rather than ardent. 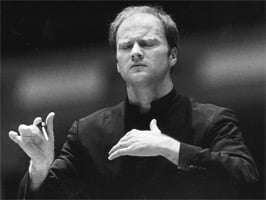 It’s probably hard to make much of the part in a concert performance but the acting was a bit ‘by numbers’. Lado Ataneli’s voice has just the right incisive and penetrating qualities to bring out the seething jealousy of Michele, and he brought out all the complex facets of the character, particularly in his short scena before he catches Luigi creeping back onto the barge. You really need a bit of staging or a prop cloak to make the last moments of the work effectively – but he managed well in the circumstances.

Noseda and the BBC Philharmonic brought forth all the distinct tinta of Puccini’s score – even if the off-stage sirens were perhaps over-projected in the echoing acoustic of the Hall – its funny how it picks up certain sounds and seems to amplify them. Nonetheless this perfect bite-sized chunk of operatic verismo wove its magic once more.