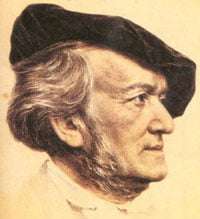 This particularly fascinating contrast of composers – Frenchman Debussy sometimes hostile to his near-contemporary German (Debussy was born in 1862, Wagner died in 1883) yet praising “Parsifal” as “one of the loveliest monuments in sound ever raised to the serene glory of music” – offered a programme blissfully free of razzmatazz and spectacle. Leaping out of the Proms Prospectus, this collection of contemplative, relatively short pieces, had the potential to not be a hit with the punters – save being allured by the pedigree of this orchestra and the popularity of this conductor – so it’s good to report that the Hall was full. BBC2 cameras were in attendance, too – including the one that masquerades as a crane – which meant some hideous colours behind the orchestra and distracting activity with bright-lights to the fore (immediately after each work) that was incongruous to the music and music-making and insensitive to the audience.

This was an evening for closing one’s eyes and listening, which brought many rewards.

At a time when Bernard Haitink seems to have reduced his repertoire to symphonies by Beethoven, Bruckner and Mahler – although he does have a Turnage premiere in Chicago next season – it was good to find him here returning to music that he (with the Concertgebouw Orchestra) championed memorably a couple of decades ago, Debussy especially.

In the Prelude to Act One and ‘Good Friday Music’ (Act Three) from Wagner’s final music-drama, the orchestra took a while to settle (but then so did the audience, some of which unleashed noise and coughs throughout the evening, usually in bars of intended silence, moments of suspense and, of course, between movements: in the Debussy/Escher, Haitink needed to gesture for hush!). The conductor’s (typically) unindulgent way with the “Parsifal” extracts – here made indivisible – was notable for clarity of texture and sense of purpose, which became more persuasive and compelling as the journey progressed to a glowing final chord. (Haitink conducts “Parsifal” for The Royal Opera in the coming season.) 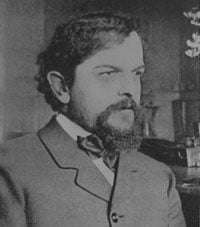 In contrast to Wagner’s meditative and personal undertaking, Debussy’s (three) Nocturnes seemed altogether freer, yet Haitink’s wholesome approach reminded just how organised is the sub-structure of this music. ‘Nuages’ established remarkable distance through some especially quiet and inward playing (Ruth Visser’s cor anglais solos both forsaken and eloquent) to which ‘Fêtes’ exploded with light and energy, woodwinds very precise and muted trumpets seeming to emerge from afar to lead a shooting-star processional. If ‘Sirènes’ lacked a sense of danger – that of the duplicitous sirens luring sailors to crash their ships into rocks – this was a perfect musical realisation, tinged with regret, Debussy’s astounding soundscape made fluid and changeable in every bar, the 16 members of Tenebrae (arranged in two antiphonal groups) exactly in tune (far from guaranteed in this piece) and wonderfully pure-toned.

The revelation of the evening was Rudolf Escher’s orchestration of Debussy’s piano/four hands Six épigraphes antiques, which it seems Debussy intended to score but never did. Ernest Ansermet also made a version (just re-issued in an Ansermet box of recordings). Dutchman Escher (1912-80), as one of his final undertakings, scored the epigrams (each is ‘for’ something: ‘… Pan, God of the Summer Wind’, ‘… a Nameless Tomb’, ‘… the Egyptian Girl’, et al) for a small orchestra of winds and strings (Haitink had the superb wind principals placed at the front of the platform) with a ‘continuo’ of two harps, celesta and percussion. Quite simply, these cool, delicate and enigmatic miniatures, wonderfully realised here, were utterly absorbing in their colours and flawless intertwining of melody and rhythm, Escher obviously mindful of how Debussy might have scored this music himself, but also not restricting his own imagination.

If, in retrospect, the “Parsifal” chunks hadn’t quite achieved the necessary mystery and transcendentalism, the ‘Tristan’ bookends certainly caught the air – what a way to abridge an opera! – a fevered account leading, in the (here) Isolde-less ‘Liebestod’, to incandescent release … and an encore in the form of the Prelude to Act Three of “Lohengrin”, exuberant but not forced, gleaming brass never out-balancing the always-clear strings.