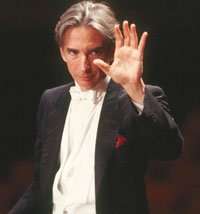 Whilst I was in New York for the Kirov ‘Ring’ cycle at the Metropolitan Opera, I met a Jewish lady who stated that she did not care much for Mahler as his music was too ‘self-pitying’ and full of excessive ‘angst’. She ought to have heard this Prom performance since, technically, this was a largely immaculately executed rendition, but any suggestion of ‘angst’ or more troubled emotions was noticeable for its absence.

Firstly, to report on some fallibility, the tenor tuba’s first note was’fluffed’, as were horn notes at the start of the second movement. There was also a curious moment towards the end of the first when Tilson Thomas had to give a cue to the first trumpet several times before any sound emerged. Otherwise, the San Francisco Symphony Orchestra was unimpeachable in terms of the execution of the notes.

The opening of the symphony felt uneasy, possibly as a result of the conductor being obliged to wait for late-comers, coughers and, curiously, an early departure before launching the work on what should be a choppy journey, since Mahler’s Seventh Symphony is a strange creation, full of disparate elements, though it features some of his most imaginative and inventive orchestration.

Thereafter, Tilson Thomas presented a well-groomed reading, whilst eschewing the unease which underlies much of the music.

Certainly the tempo changes were well-marked in the first movement, yet the whole felt somehow opulent and, indeed, ‘Straussian’, as if the symphony were a well-honed tone poem or a ‘concerto for orchestra’, since there was no doubting the security of the orchestral playing.

The second movement (the first of two designated ‘Nachtmusik’) did not suggest any of the anxiety which lurks not far beneath thesurface, though curiosities of scoring – such as the strings’ col legno – registered strongly. 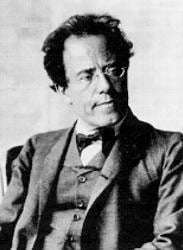 In some ways, the third movement scherzo was the most convincing, with apposite tempos and virtuoso playing being impressive enough on their own terms. I’m not sure, however, that the term ‘grell’ – shrill – as applied to the oboes at one point, necessarily means ‘out of tune’.

The gentle strains of the penultimate movement were balmy, and aptly coloured by fine contributions from guitar and mandolin, though any hint of irony was kept firmly in check, as it was elsewhere. There was, however, some excellent solo playing, not least from the expressive viola towards the close.

In the finale, one missed, once again, the element of parody and the sense of a kind of defiant jubilance. String phrases, which should surely suggest sentiment, were purely sugary, and Mahler’s characteristic glissando effects did not make their mark. Also, the sudden tempo changes were heralded by unmarked slowing, so what should be jarring contrasts were made inappropriately homogenous.

So, in spite of the finesse of both playing and conducting – which verged on the ‘dainty’ at times – a good deal of the more ‘earthy’aspects of Mahler’s rugged, if not rough-hewn, invention was missing from this undeniably well-manicured and carefully considered interpretation.