British music in general, and that by Vaughan Williams in particular, has been a prominent feature of this years Proms. Neither has the European avant-garde been absent and it was a provocative, if not wholly successful, move to make Xenakis’s Pléïdes (Pleiades, 1979) the centrepiece of this three-part concert. 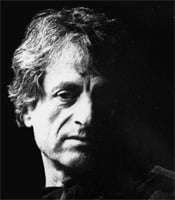 Pléïdes is a 45-minute percussion sextet that might almost be a riposte to Steve Reich’s Drumming in its systematic working-through of a formal process denoted by the specific percussive use; for all that the explosive rhythmic energy of Xenakis’s music is worlds away from the incremental change of his younger contemporary.

Three of the four sections focus exclusively on a percussive type: thus the hieratic ritual of ‘Métaux’ (Metals), with its gongs, tam-tams and the composer-invented sixxen whose microtonally tuned plates effect a harmonic diffusion that pointedly evokes the dust clouds around the star cluster giving this work its title; the more understated discourse of ‘Claviers’ (Keyboards), with its subtle overlay of mallet instruments; the drum-driven onslaught unleashed by ‘Peaux’ (Skins); and the close-knit synthesis of instrumental layers and musical processes of ‘Mélanges’ (Mixtures).

Although the order of these four movements is left to the performers, it makes sense for ‘Mélanges’ to be placed last. On this occasion, however, it was heard before ‘Peaux’ – which makes for a conclusion which is dynamic if one that is inevitably less than all- encompassing. Save for a slightly over-protracted ‘Métaux’, the performance was a wholly convincing one – the members of 4-Mality and O Duo arrayed in a circle at the front of the Arena so that their combined contribution could radiate out from the centre of the Albert Hall to its furthest expanses. With performers this accomplished, there are few more potent sound formations than the percussion ensemble – such as only those who hanker after a leavening of melody of the more obviously ‘chained’ variety would feel moved to disagree. Musically, of course, the connection with those works on either side was a conceptual rather than musical one.

As to those surrounding works (in a concert dedicated to Vernon Handley, who had died in the morning), Vaughan Williams’s Sinfonia antartica (1952) was given a distinctly uneven account – at its best in the capricious evocation of marine life in the ‘Scherzo’ (its questioning close unerringly conveyed) and the defiance-cum-fatalism informing the ‘Epilogue’ (wordless voices and wind machine evocatively to the fore). Conversely, the textural and expressive contrasts in the ‘Prelude’ were sectional rather than seamless, while the vast remoteness of the central ‘Landscape’ went for too little at a relatively swift tempo – the organ-capped climax less than overwhelming – and the ‘Intermezzo’, with its undertones of compassion and self-sacrifice, seemed pensive rather than plaintive. Maybe the BBC Symphony Orchestra felt just a touch jaded at the end of a long season, but the conviction brought to Andrew Davis’s often-revelatory reading of the Ninth Symphony was largely absent here.

The performance of The Planets (1917) was a good deal more convincing. Perhaps mindful of Holst’s two recordings, Martyn Brabbins powered through ‘Mars’ – articulation and impact not being affected – then made of ‘Venus’ a pastorale of great delicacy and easeful introspection. ‘Mercury’ had the right kind of subversive understatement, while ‘Jupiter’ lacked nothing in robust energy – for all that phrasing in its indelible trio was a little foursquare. ‘Saturn’ built to a powerful though not overbearing climax, though its beatific conclusion lacked a degree of repose, and there was nothing uniform or predictable about ‘Uranus’; at whose climax the organ glissando was unusually well highlighted from within the orchestral tutti. ‘Neptune’ then brought about a close shot-through with luminous mystery (Brabbins ensuring absolute clarity of texture throughout), not least when the wordless voices – here the excellent Holst Singers – enter as the music evanesces into nothingness.

One or two comments were afterwards to be heard as to whether Colin Matthews’s Pluto movement might or, indeed, should have been included, but – with all respect to a composer who is the nearest thing to a Holst ‘successor’ – his addition is not on the same level musically to be heard as more than an occasional appendix. No more appropriate ending to The Planets could be devised than ‘Neptune’, as this convincingly thought-through and finely rendered interpretation eloquently reaffirmed.