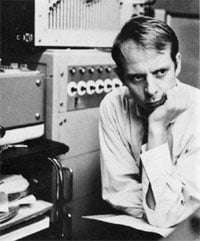 Karlheinz Stockhausen would have turned 80 on 22 August this year. One assumes that this “Stockhausen Day” was planned to celebrate the occasion, perhaps with the composer being present? In the event, his sudden death on 5 December last year inevitably transformed this occasion into a memorial one, though affording a welcome opportunity to reflect on his legacy.

This concert presented the first ‘live’ performances in the UK of pieces from KLANG – the cycle of works for each of the 24 hours of the day which he was working on when he died. There was also the chance to re-visit two ‘classics’ from his pioneering output – Kontakte (one of the first compositions to combine electronic and acoustic sounds) and Gruppen for three orchestras.

I was surprised to learn, from the programme-book, that there have been twenty Stockhausen performances at the Proms (including two of Gruppen and three of Kontakte) over the years. I cannot recall any recently and twenty performances over the course of a composing career of over fifty years is hardly an extensive number.

Gruppen (first heard 50 or so years ago when the conductors were the composer, Pierre Boulez and Bruno Maderna) has been given in London twice in the past decade, if memory serves, and so die-hard Stockhausen admirers might have been disappointed that other orchestral works were not programmed. One thinks of the orchestral version of Luzifers Tanz, or the glittering Jubiläum. Not to mention scenes from LICHT – the opera-cycle for the seven days of the week, most of which has not been heard in London. 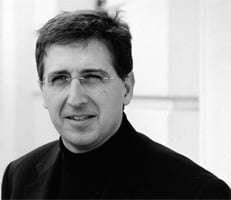 Nevertheless, the BBC Symphony Orchestra was in fine form under the secure direction of David Robertson, Pascal Rophé and Martyn Brabbins (the latter replacing Ludovic Morlot), and the Royal Albert Hall was well-suited to the appropriate distribution of the three orchestral groups. The best listening/vantage-point would have been the centre of the Arena where two of the orchestral groups were placed, left and right of centre, with the third on the stage. Stockhausen’s layout for the distribution of the forces was followed precisely.

The first of these performances of Gruppen took a little while to ‘get going’; some tentative moments manifested themselves near the beginning, but one could immediately savour the extraordinary array of instrumental colour – distinctive alto flute and cor anglais, for instance, and a special word of praise for Elizabeth Burley whose rendering of a phenomenally difficult piano part was exemplary and dispatched with no little panache. The somewhat hesitant start to the brass interchange slightly blunted the impact of this remarkable passage, and the transference of chords from one group to another was not quite the edge-of-the-seat experience it can be. The electric guitar sounded as if it was suffering from some unintended distortion but, nevertheless, the whole made an impressive impact.

It is difficult to find adequate vocabulary to describe Cosmic Pulses, one of Stockhausen’s very final works and his last piece of purely electronic music. There are virtually no melodic sounds in any conventional sense – though some ominous low bass notes register towards the end. The composer’s primary intention was the distribution of sound in space, which was, in fact, a pre-occupation of his. Thus the Albert Hall’s space – along with expert positioning of loudspeakers and authoritative sound projection by Kathinka Pasveer, one of Stockhausen’s long-time assistants – ensured that Cosmic Pulses was, if nothing else, an intoxicating audio experience with sounds, literally, flying around the building. (Listeners to BBC Radio 3 were broadcast a composer-approved recording – Ed.) 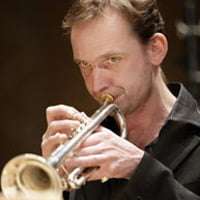 Harmonien – for amplified solo trumpet – couldn’t have come as a stronger contrast with its single – and, occasionally, singable – melodic line. As in a number of other solo instrumental works, Stockhausen invites the listener to focus on the very essence of his musical ideas and concentrate on their development and re-statement. This is music of a much gentler character than that heard in the remainder of this concert and was a reminder of the ‘other side’ of Stockhausen’s writing, with apparently ‘simple’ phrases, some of which are extremely poignant and expressive. The use of mutes adds to the variety of timbres, and a number of the quietest phrases were really very moving. Marco Blaauw played authoritatively, sensitively. and from memory.

Kontakte (1960) exists in two versions – as electronic music by itself or, as in the case of this performance, with two live players ‘reacting’ to the taped sounds. Stockhausen’s original intent was for four performers to respond spontaneously to what they hear, but this proved impracticable after initial rehearsals. Thus the instrumental music is notated. A percussionist and a pianist (who also plays certain additional percussion instruments) form a kind of ‘retort’ to the electronic music; they occasionally sound as if they are ‘fighting’ what they hear and, at times, against each other. Sometimes the electronic sounds are extremely menacing – almost primeval in quality – and there is certainly a sense of dramatic interplay between the instrumental and recorded music. Nicolas Hodges and Colin Currie were more than equal to the extreme technical demands of the instrumental writing. There was a good sense of them ‘sparring’ with one another and against the sounds they were ‘battling’ with in this altogether convincing performance. (Incidentally, it was the electronic version of Kontakte that featured in what proved to be Stockhausen’s final UK concert, in October 2005.)

Gruppen is invariably repeated when it is programmed in a concert. On this occasion, the second performance was tauter, more exciting than the first. The hesitancy had gone, the guitar appeared to have cleared its throat, and exchanges between the groups were more incisive and the ‘battle of the brass’ as compelling as it should be. There were some helpful notes from Robert Worby, though there were two references to the composer’s work on LICHT having finished in 1998. Stockhausen did not conclude his opera-cycle until 2004.