This was a cunningly planned programme – rare Martinů and lesser-played Bartók – book-ended by arguably the most famous of all overtures and one of Stravinsky’s most popular scores. The evening served to emphasise the BBC Symphony Orchestra’s current quality under Jiří Bělohlávek, who is one of the great orchestral trainers.

It would nice to report that the Overture to “The Bartered Bride” got the evening off to a fizzing start. The truth is slightly more complex. This was a well-drilled, confidently-played account with many detailed touches to admire – the plangent little oboe duet or the trombone interjection in the coda – but in this most feel-good of works, it was distinctly low on lilt.

Bartók’s Dance Suite (1923) was nearer the mark. Commissioned by the Hungarian State to commemorate the anniversary of the unification of Buda and Pest, typically Bartók chose to respond with music drawing on his explorations of Slovakian and Romanian folk music as well as that of Hungary, a choice that drew accusations of his being unpatriotic. Writing of the final section, Bartók comments that the theme is so primitive that “one can only speak of a primitive peasant character here” and both here and in the third movement a little more animal abandon would not have come amiss. However there was much to admire in the rhythmic subtlety of the opening, in the flexibility of the violins in their recurring ritornello and the sophistication of the winds in the exposed Molto tranquillo where tuning was impeccable. 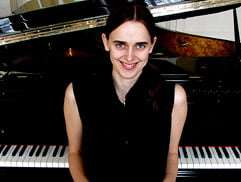 The evening’s rarity was Martinů’s Concerto for two pianos. Like Bartók’s Concerto for Orchestra, for this – at least in part – we have to thank Koussevitzky who consistently championed Martinů’s works including the First Symphony (which he commissioned). On his arrival in America in 1941 Martinů was clearly in a state of anguish over the course of the War and the fate of friends left behind. The following year Koussevitzky invited him to teach at Tanglewood where he met the pianists Pierre Luboschutz and Genia Nemenoff and it was their request for a piece which led to the concerto’s composition.

The work is no masterpiece, such as the earlier Double Concerto (for two string orchestras, piano and timpani), but it has its moments and deserved this outing. Scored for quite modest forces – strings, winds, two horns and two trumpets plus a sparingly used percussion section – the outer movements are what might best be described as Martinů in ‘light toccata’ mode, scurrying and nimble. The contemplative Baroque inspired central Adagio, a kind of fantasia which frequently dispenses with bar-lines, is however music of real depth.

The duo of Jaroslava Pěchočová and Václav Mácha, both students of Ivan Moravec, brought exactly the right touch to the work – feather-light in the outer movements but with a dream-like, time-stopped-still quality in the Adagio where there were notable contributions from the principal players bassoon and viola. Only in the finale’s syncopation did one long for a slightly more transatlantic swing.

Petrushka – played in the revised 1947 version – was notable for some superb individual contributions, especially Elizabeth Burley’s supremely characterful pianism and above all Daniel Pailthorpe’s show-stopping flute. Seldom can the distinction between the frenetic hubbub of the Shrovetide Fair scenes and the essentially private drama being played out between Petrushka, the Ballerina and the Moor have been more clearly drawn. Bělohlávek ensured that the climactic moments registered fully but he did tend to push the tempo in the opening and closing tableaux. Regrettably, he chose the ‘concert ending’, which robbed us of several minutes of music, the eerie final scene in which the Showman, terrified by the appearance of the ghost of Petrushka, drops the puppet and runs off.