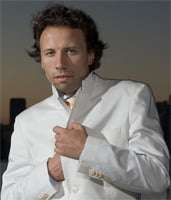 Four American works from the second half of the 20th-century made for an entertaining late-night Prom, conducted with gusto by Kristjan Järvi.

Duke Ellington’s Harlem, for large orchestra, was given a performance large in character and rhythm, the BBC National Orchestra of Wales’s brass and percussion sections relishing their chances. The first ‘wah-wah’ trumpet solo from Philippe Schartz was totally convincing, setting a tone picked up by the colourful swathe of brass, with bluesy clarinet-playing offering the ideal contrast. Järvi adopted a relatively relaxed opening tempo, one that allowed plenty of expression and noticeably stepped up a gear with the final percussive section. When symphony orchestra musicians perform jazz the possibility is that they might come across as rhythmically staid – yet this performance fizzed with energy and syncopated wit. 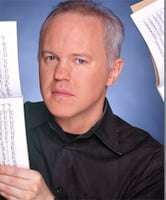 Drawing a parallel with the opening of the Olympic Games in Beijing on this day, Michael Torke’s Javelin celebrated Atlanta, city of the Games in 1996. The first of his compositions to reach a global audience, it impressed with its enthusiastic, wide-eyed brass and punchy orchestral counterpoint. In its palatable, warmly diatonic language it did at times sound like a more elaborate sports theme, delivered in the final bars with appropriate energy.

John Adams’s The Chairman Dances followed this bracing opener, with Järvi adopting a brisk pace throughout, the orchestra’s rhythmic definition crisp if at times a little dry. This motoric, energising performance unfolded with extra weight added by a piano placed centrally, and as the momentum gathered the conductor successfully brought through Adams’s syncopation.

With three exuberant examples of modern America it was only right to offer a more solemn contrast, though Leonard Bernstein’s Three Meditations from “Mass” also found a strongly rhythmic path by the end. Han-Na Chang was appropriately withdrawn in the elegiac first one, and was careful not to draw too much attention to herself, pitching the melodic inflections just right so that Bernstein’s multi-cultural influences could be appreciated without sounding hackneyed. These extraordinary, contained miniatures belie their composition date of 1971, and with the depth of feeling afforded them here, offered a moment of contemplation amid the more affirmative music that made this Prom a success.