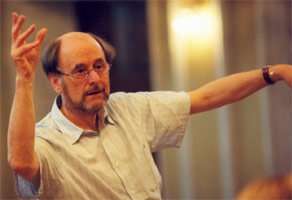 The last night of a season of 164 events spanning an eight-week period, or the Last Night, a concert in celebration of the 2008 series of BBC Proms concerts that ended on Friday? That is the question, posed by Christopher Wood in the programme, that really needs an answer if we are to put the Last Night of the Proms in context. The latter has to be the case; particularly when we take into account the various outdoor events taking place throughout the United Kingdom that include groups such as the Abba tribute-band Björn Again. The Last Night of the Proms is a party … the real ‘last night’ was the evening before.

With this in mind, the party revellers (Promenaders) were in suitable party attire. Many were adorned with batons and bow ties, and each was ready to take to the podium should Sir Roger Norrington not turn up. He did appear of course, opening with a commanding performance of the Beethoven overture, perfectly balanced, strings never needing to over-play in order to be heard and in which woodwind articulation could be savoured. Such control became a by-word for the whole concert. 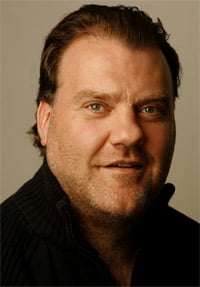 Bryn Terfel, after announcing in the press recently that he was “slowing down” did anything but on this occasion. In the first half he revived, with some aplomb, familiar roles. Wolfram’s song to the evening star is a tiny gem in Act Three of “Tannhäuser”, here flowing more like a lullaby than a tribute. Terfel’s performance is probably too intelligent for a piece that requires passion first and foremost, a rounded tone in the lower registers and much more emotion. The Puccini and Verdi, by comparison, were close to perfect – a slightly crazed Scarpia and then the buffoon Falstaff, Terfel fully dressed as the latter including an enlarged tummy. Norrington’s control of the orchestra’s balance was second to none. 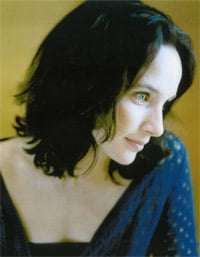 The first performance of Beethoven’s “Choral Fantasy” fell apart in the middle; it was completed at the last minute and under-rehearsed. No such problem here with Norrington and the BBC Symphony Orchestra ever-sympathetic accompanists. Antiphonal violins were an advantage as Hélène Grimaud contrasted Beethoven’s thick, heavyset chords with lighter, more delicate finger-work. Vocal soloists were set immediately in front of the chorus, and thus behind the orchestra, which presented challenges in terms of balance that were not always satisfactorily overcome.

The concert’s second half was the gift of the Promenaders. Beach balls, balloons and klaxons certified that this was a party to celebrate one of the most successful seasons at the proms, in terms of audience-numbers, in recent years. Even the Promenaders’ regular announcement of how much had been raised for musical charities could not cut through the mêlée of sound (though Sir Roger offered an opportunity during his speech to remedy this).

Somewhat controversially Henry Wood’s “Fantasia on British Sea-Songs” was dropped (save the Fanfares) in favour of an arrangement of folk-melodies by Chris Hazell; he has enjoyed a long collaboration with Terfel, most notably on the Grammy Award-winning album “Simple Gifts”.

Predictably, being the 50th-Anniversary of the composer’s death, Ralph Vaughan Williams featured. “Silent Noon” was another gem for Terfel, accompanied by Hélène Grimaud, the stage carefully lit to make it appear smaller, though it was a real challenge to perform such intimate music in such a large hall; and the brilliant march Sea Songs was also included.

Continuing a quasi-tradition (though not last year) of introducing a new work to the second half of the Last Night, 30-year-old Scottish Composer Anna Meredith stepped up to the mark with her BBC commission froms (note the ‘trendy’ use of the lower case). Only named a month before this first performance and meaning ‘from the Proms’. Meredith, no stranger to music technology, has made good use of four orchestras around the country who, together with the BBC Symphony Orchestra, each have their own score and perform together through the wonders of satellite. By the composer’s own admission, planning what would occur when and building allowances for delays dependent upon where the audience was located was “massively complicated”.

Sound from the other orchestras was played through speakers scattered around the hall producing a convincing soundscape in a piece that included members of the chorus clapping. At only five minutes in length, the piece was unlikely to offend too many people; in fact it was wholly enjoyable to the audience in the Royal Albert Hall, though, due to the spatial effects, it is likely that the piece would be more of a challenge to those listening at home.

With the evening, and season, drawing to a close, Terfel returned for the tradition final three: “Rule, Britannia!” “Land of Hope and Glory” (Elgar’s Pomp and Circumstance No.1) and “Jerusalem”. Sporting a dapper Welsh-flag-patterned dinner jacket, Terfel sung the third verse of “Rule, Britannia” in Welsh – cementing the true four-nation sense that has become so familiar in recent Last Nights.

As “Auld Lang Syne” took hold a rather diminutive figure stood in his white smock to the side of the stage. Three days have now passed since the sad passing of Vernon Handley, another who, like Norrington, learned from Sir Adrian Boult that “only the music matters”. Norrington is a rare breed in this day of fast travel and hurried rehearsals: a consummate, well-prepared and humble artist. The music is all the better for him being so.