Although concert performances of opera are an established fixture at the Proms, those of ballet are a comparative novelty; how else to explain that The Sleeping Beauty is only now receiving its first complete performance in the 113-year history of this festival? Given that the present work is as masterly a synthesis of the balletic and symphonic as has been achieved (the reason, perhaps, why Stravinsky considered it to be Tchaikovsky’s masterpiece) the opportunity to hear the work played uncut and by a first-rate orchestra was too good to miss. So it proved, in a performance whose flaws were as little compared to it overall conviction.

Artistic Director of the Mariinsky Theatre for the last two decades, Valery Gergiev is clearly as at home in the domain of Russian ballet as he is that of opera. And, while in no way lethargic, his traversal of the score was always mindful of its intended purpose. The subtlety and expressive warmth that were so frequently in evidence here may have surprised those (including this writer) who were nonplussed by his often-insensitive approach to Mahler during last season. 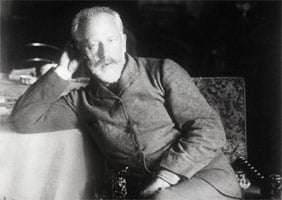 Not that the visceral opening of the ‘Introduction’ was at all underplayed, and if trumpet-playing in the ensuing ‘March’ (1) was a touch fallible, the momentum generated was sustained through the rest of the ‘Prologue’ – with the variation sequence of the ‘Pas de six’ (3) exquisitely characterised and the motivic interplay of good and evil in the ‘Finale’ (4) vividly rendered.

Act One has a preponderance of the best-known numbers (not that a suite from the ballet is heard at all regularly in concerts these days): if the ‘Valse’ (6) was suave to the point of enervation, the Adagio that dominates the ensuing ‘Pas d’action’ (8) built methodically to a thrilling culmination (such that the burst of applause which followed was hardly undeserved), while Aurora’s variation was the first of four solo outings that guest leader Andrew Haveron despatched with aplomb. Nor was the ‘Finale’ (9), with its tam tam-capped apex and Wagnerian string tremolos, anything other than spellbinding in its inward intensity.

Tension drops inevitably in the opening stages of Act Two but Gergiev was mindful to point up the Classical inflections of the ‘Scène et Danses’ (12) and guided the ‘Panorama’ (17) through with a caressing elegance. The ‘Entr’acte symphonique’ that follows is one of Tchaikovsky’s most evocative inspirations and Gergiev made the most of this rare opportunity to hear it in its entirety prior to the surging affirmation of the ‘Finale’ (20).

That the narrative concludes at this point (perhaps the only conceptual failing of this ballet compared with Swan Lake) cannot make the final act seem other than discursive but Gergiev was at one with the composer in evincing a symphonic cohesion to the sequence of character dances. The ‘Polacca’ (22) lacked nothing in effervescence, while such indelible numbers as the ‘Pas de caractère’ for Puss-in-Boots (24) and the ‘Bluebird Pas de Quatre’ (25) were deftly integrated into the whole. The witty ‘Pas berrichon’ (27) that so intrigued Shostakovich and the affectionately Baroque ‘Sarabande’ (29) made a rare and welcome appearance, but it was the intervening ‘Pas de deux’ (28) that set the seal on this act with its unbridled emotion. As vividly as he despatched the Mazurka that forms the ‘Finale’ (30), Gergiev kept enough in reserve so that the ‘Apotheosis’ (31) saw the work home with the intended panache.

Whether or not this last number, in its overbearing homage to the ‘Sun King’, is a rare instance of Tchaikovskian irony (given his somewhat equivocal opinion of Tsar Alexander III), it closes the ballet in undeniably spectacular fashion. Gergiev did likewise with this performance, in what will surely prove to be one of the highlights of this Proms season.