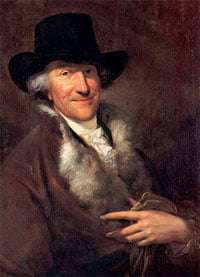 900 years’ worth of birthdays were collated together in this late-night gem, which somehow worked after the onslaught of just an hour previously as Sir Henry Wood’s sets of pounded out bells played their part in his transcription of Mussorgsky’s ‘The Great Gate of Kiev’. I’d spent the intervening hour watching the stage being cleared of one of the largest percussion sections since Birtwistle’s Earth Dances was last heard at the Proms (1994), wondering whether the change could be accomplished in time. All credit to the Royal Albert Hall stage crew (and throughout the whole season) for their Herculean efforts.

So, it was a much smaller ensemble that greeted us as we returned to the Hall as Christian Curnyn led three 300th-anniversary performances of works by J. S. Bach’s eldest son, Wilhelm Friedemann, Thomas Arne and all-too-short-lived Giovanni Battista Pergolesi, all of whom were born in 1710. Pergolesi’s “Stabat mater” was receiving only its third complete performance of the Proms (although Wood had programmed the mezzo-soprano aria ‘Fac ut portem’; from it 101 years ago).

The evening began and ended with works for strings and two additional voices. For the “Stabat mater”, Elizabeth Watts and Anna Stephany took the vocal roles, while in Bach’s D minor Sinfonia these two solo ‘voices’ were the transverse flutes of Katy Bircher and Brinley Yare, characterising the poignant opening Adagio with delicious tone. As the strings took up the individual strands of the fugue, phoenix-like from the dying embers of the Adagio, I was intrigued to see Bircher and Yare stand for the whole of the final movement, even though they took no part in it. Promming on the stage (conductors apart) was a first for me! 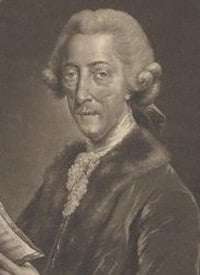 Arne’s C minor Symphony from some 30 years after the Bach (1767), equated more with our modern idea of such a work; with its three (fast-slow-fast) movement-plan (suggestions that the Bach was missing a ‘fast’ opening movement were countered in the programme by suggesting that it was probably originally for liturgical use), the orchestra now expanded to include oboes, bassoons and horns.

But it was the performance of Pergolesi’s “Stabat mater”, composed in his last year, which formed the meat of the programme and brought the evening to a sublime close. Red-and-black swathed Elizabeth Watts and Anna Stephany, in pastel blue, blended as well as their dresses’ colours contrasted. It’s interesting to note, as Lindsay Kemp’s programme note pointed out, that contemporary worries about this massively successful work, which was heard all over Europe, just years after Pergolesi’s death, were that it shared too much of Pergolesi’s operatic style (bringing to my mind Verdi’s “Messa da Requiem” from some 150 years later), and Pergolesi’s occasional buoyant rhythms were as relished by Curnyn and his players as much as the setting’s more anguished, heartfelt passages.

Four hours earlier we had started the evening with a suite from Rameau’s “Dardanus”, courtesy of the BBC National Orchestra of Wales and François-Xavier Roth, music from three years after Pergolesi’s death. Somehow the overall trajectory through19th- to 21st-century music, then back to the 18th seemed to work, amply displaying the remarkable versatility of the Royal Albert Hall’s acoustic.