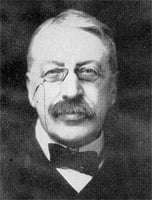 In 1915, Charles Villiers Stanford expressed his frustration at the cancellation of a Queen’s Hall Promenade Concert that was to have introduced his Second Piano Concerto to the British public. Some 93 years later his wish was finally fulfilled at the Royal Albert Hall, cleverly positioned alongside the symphony that Dvořák conducted – for Stanford – ahead of receiving an honorary doctorate at Cambridge in 1891.

The concerto, written in the wake of Rachmaninov’s own Second, in the same key, has much in common with the Russian composer, although enough of Stanford’s musical personality shines through. Here it received a good performance, though much more could have been made of the music’s heroic qualities. Indeed, as the orchestra closed the first movement the sound was noticeably more powerful, the chords punched out with conviction.

Finghin Collins, bright of tone and secure of technique, was careful not to ‘display’ the opening arpeggios, the piano accompanying the orchestra, and where the two forces melodically or rhythmically combined, he was extremely sensitive in applying respectful dynamics.

Where his interpretation came into its own was in the slow movement, with Kenneth Montgomery, making his first Proms appearance for 31 years, making it a graceful aria. The spread piano chords of the theme were nicely voiced by Collins, and at times the delicate textures resembled a Fauré impromptu rather than the slow movement of a Romantic piano concerto. This was redressed in the punchy finale, with keen definition to Stanford’s easily memorable theme and an emphatic, well-received conclusion. 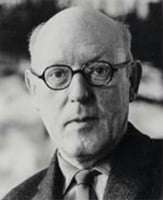 Preceding the Stanford was Howard Ferguson’s Overture for an Occasion, marking the composer’s centenary year in a performance featuring lively brass and careful attention to detail, Montgomery fastidious in showing the clarity of Ferguson’s orchestration. The overture, essentially a piece of tightly structured ceremonial music, was composed for the Ulster Orchestra in 1953, the occasion in question being the Coronation of Elizabeth II.

To open the second half we crossed to Bohemia. With Má vlast surprisingly yet to receive a Proms performance in its entirety, Vltava is its most common representative at the Royal Albert Hall. With the Ulster Orchestra sporting a smaller number of strings than a conventional symphony orchestra there was a lack of weight in the tutti passages, though there was nonetheless a powerful build-up towards the end, but there had been difficulty in the ‘night music’, the pulse rather losing its way. Montgomery conducted a descriptive account, mind, where the outdoor qualities of the music came across, especially from the flutes and plucked strings describing the river’s sources.

Dvořák’s Eighth Symphony, however, benefited from a performance of lively speeds and brightly lit instrumentation. Few symphonies are as abundantly melodic, and the orchestra revelled in each thematic presentation, always subtly varied by the composer. Under Montgomery the first movement was nicely shaped and coloured, at times a little matter-of-fact but also revealing Dvořák’s way with light and shade, the slightly inhibited strings allowing the woodwind through. The third movement waltz was light of foot, playing on the syncopated material and contrasting well with the sombre end of the slow movement, while the finale, initially plaintive, powered through a coarse march theme on its way to a triumphant conclusion.

Several ‘whoops’ and claps bisected the movements of the Dvořák, a concession perhaps to this Prom’s status as a BBC Family Event. It was most gratifying to see young families enjoying the music, aided by a child-friendly programme insert employing listening-pointers and an orchestral diagram. Unfortunately the layout of Montgomery’s orchestra bore little resemblance to said diagram; and a mention of concert etiquette might have been included!

There was more of Ferguson’s music for an encore, a movement from his Diversions. This ‘Muffled Tramp’, however, was far from scruffy in an exuberant performance.